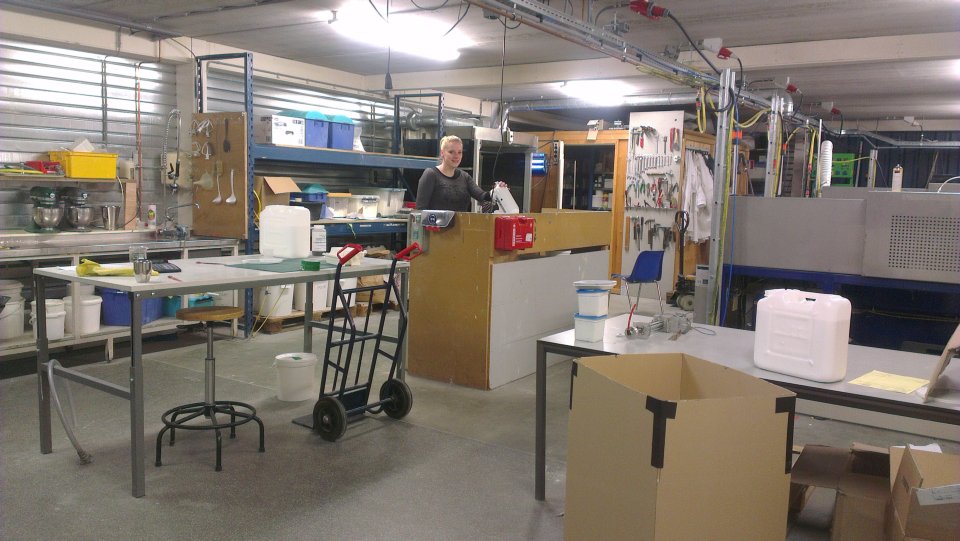 Choosing Chemical engineering at the university of Twente

‘At high school, chemistry was always a subject I enjoyed; I could see myself working in a laboratory. Chemical Engineering is a broad field in which chemistry appears in many different forms. I wanted to develop a solid foundation first, so that I could choose which direction to pursue later on. I felt good about the University of Twente, because it is relatively small, which means that you are seen as a person and not just as a number.

My daily work routine at Paperfoam

After I graduated I started working at Paperfoam. Paperfoam is a company in Barneveld that produces starch-based packaging materials. We make packaging for electronics, games, cosmetics and medical applications, among others.

I work in the Research & Technology department, where we mainly deal with the recipes: improving current recipes or developing new ones in order to make the packaging material stronger or prettier, for example. We also support other departments, or the production division, when problems arise.

My responsibilities are mainly mixing and testing new recipes, mostly to try out new additions. We have some machines in our department for developing test products and testing their strength, for example.

Although I don't do a lot of hard-core chemistry, I do still use a lot of the knowledge I gained in Chemical Engineering, especially regarding organic chemistry, polymer chemistry and material science. Another thing I learned during my studies is the best way to approach an experiment and how to go about it systematically. Clear reporting – another discipline I learned at the UT – is also important.

My 'golden tip' for future students

It is important that you start your studies out motivated, and that you first deepen your knowledge of the degree you are doing. During my first year I saw (too) many people that didn't really know what Chemical Engineering was about – and then it turned out to be harder than they thought it would be. But I found it to be a great programme; looking back, I can say I enjoyed it and I would advise future students to do that too.’