These days Joris is helping ExxonMobil to optimize its production processes

It was at Twente that Joris Betjes first became fascinated with the chemical industry and with fluid dynamics. These days he works at ExxonMobil, as a process engineer. He provides technical support for seven of the plants at the company’s Rotterdam refinery. 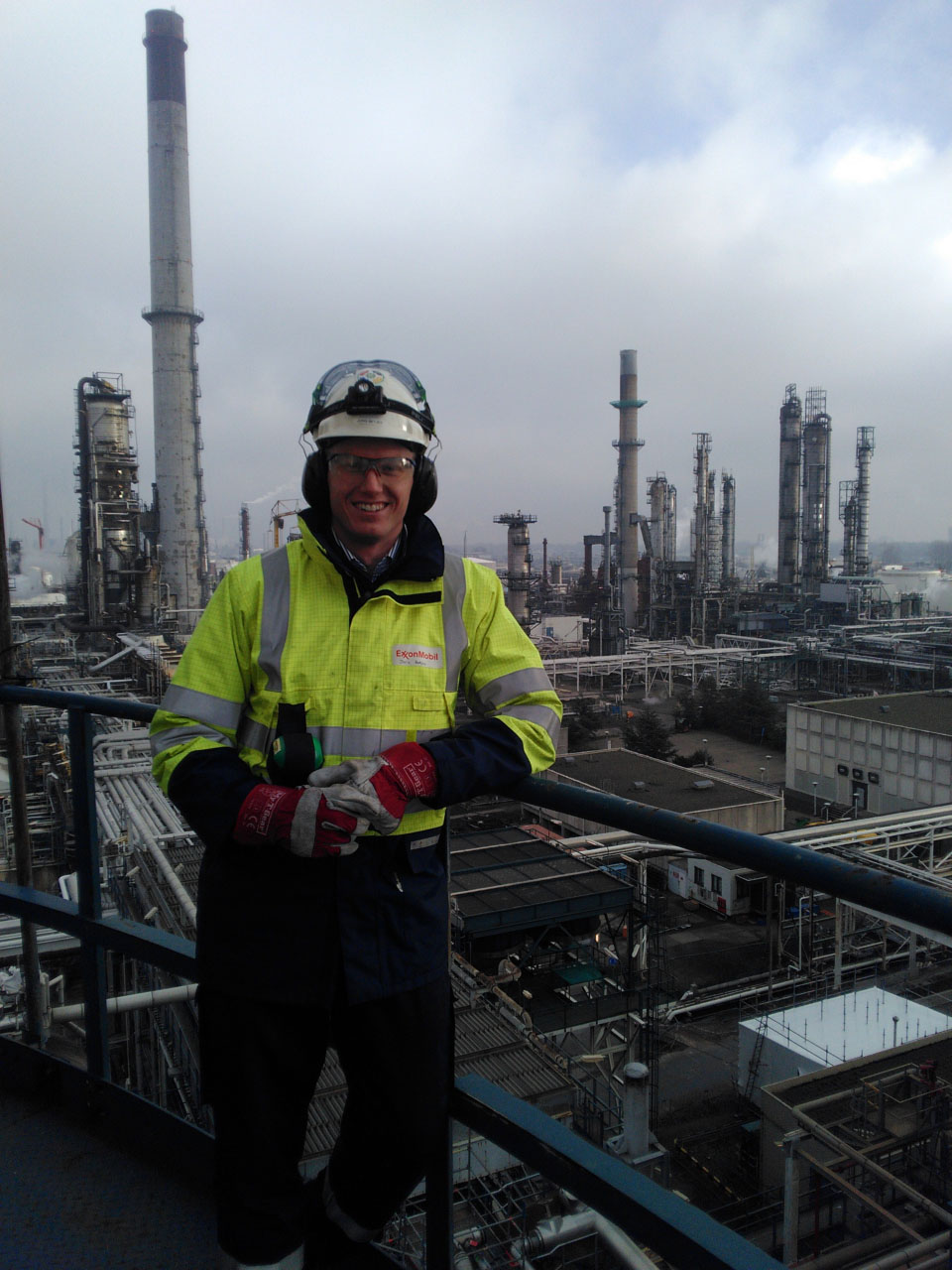 In 2007, following a long search for an interesting Bachelor’s programme in a technical subject, Joris arrived at the University of Twente. During the individual orientation day, the atmosphere at Chemical Engineering immediately appealed to him. “A broad-based, varied programme, featuring both materials science and process engineering. A course of study that achieves an effective balance between theory (involving topics such as thermodynamics) and practice (such as practical classes and projects).”

A home from home

On top of all that, the campus itself was a real bonus. “I’m from a small village near Alkmaar, and I was keen to live in digs. It turned out that the Twente crowd included people from all parts of the country. The facilities there have always been designed with that in mind.” Joris initially decided to live on campus, close to the university’s buildings and its various sporting and cultural facilities. “There were sixteen students in my student house and it felt like a real home from home. I was able to develop a great social network.”

In the second year, hoping to achieve a better balance between his studies and various extracurricular activities, Joris decided to move to Enschede’s city centre. He found that the environment of a smaller student house helped him to focus more effectively on Chemical Engineering. Joris still thinks that was a good choice, as this is a particularly demanding course of study. The individual subjects in fluid dynamics were really tough, but he didn’t let that get to him. “I was already developing an interest in the flow behaviour of liquids. One subject that dealt with this aspect was physical transport phenomena. The penny finally dropped, and I got a 9. I knew I wanted to pursue that further.”

After graduating, Joris decided to specialize in the fluid dynamics of complex liquids. He was admitted to the European Erasmus Mundus Master's programme. After periods spent studying in Belgium, Portugal and Slovenia, he obtained his Master’s degree in 2014. Joris was immediately offered a job at ExxonMobil in Rotterdam, where he had previously completed an internship. He started out as an environmental engineer, and is now working as a process engineer. These are two entirely different jobs, but that is not unusual at this company. “The job rotation programme here is a kind of lifelong traineeship. Rotating between jobs throughout the organization helps you develop more empathy for your colleagues, while ensuring that you don’t get stuck in a rut in a single workplace.”

In the course of his work, Joris likes to make use of the knowledge and skills (analytical skills coupled with problem-solving thinking) that he acquired at the University of Twente. As a process engineer, he is the main technical support contact for seven of the more than 30 plants at the company’s Rotterdam refinery. He is constantly producing estimates and making analyses as part of the company’s ongoing effort to optimize its production process. Joris also has to transform the results of these analyses into recommendations for the operators in the various plants. “This refinery has thousands of kilometres of pipelines, much of which contains substances at high pressures and temperatures. This means that calculations are frequently required, of factors such as flow rate and pressure drops. This is all part and parcel of the basic concepts of fluid dynamics.”