Mark received his university of applied sciences (HBO) Bachelor’s diploma in Computer Sciences and is now studying for his Master’s in Interaction Technology. “On one hand, I like it when you and others have something in mind to build, start designing and coding, and then the thing you had in mind suddenly exists. On the other hand, I really like people. So maybe I’ll start working as a consultant to figure out people’s needs and advise them how a certain problem could be solved.” 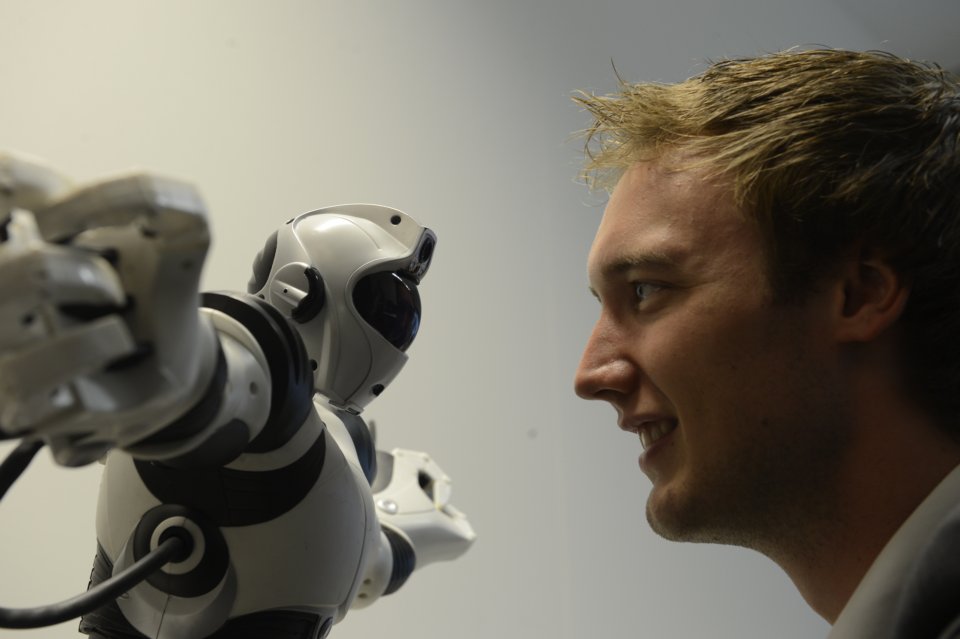 I chose the Master’s in Interaction Technology because I was impressed by the installations and projects the I-Tech students realised. They create fun and educational stuff, and act more on the cognitive side of computer science.

During a project, we made an interactive floor. The aim of this project was to let people have fun, especially children. In the SmartXP lab at the university, we built an installation that primarily consisted of a beamer attached to a truss in order to project on the floor, an infrared camera to detect the people walking on the floor and a big red button as an extra element of surprise, and of course a computer to control everything. The projection was a filthy kitchen floor on which all sorts of bugs were crawling. Once you step on them, they were squashed. When the red button was pushed, a big swarm of extra bugs was released.

Enschede is a cosy city. We have the Oude Markt, which I find very charming with all the nice cafes where you can hang out at night and have some fun with friends. The University of Twente itself is charming as well, with its campus and all of the events which are organised on campus.