Bachelor’s student Anand Nateshan, originally from India, has lived in over eight countries already. His passion for technology drew him to study Electrical Engineering at the University of Twente. He gives an impression of his first year, challenging courses and having fun building own projects.

My first year of Electrical Engineering at the UT was quite honestly the most interesting year of study I have ever had. I’ve learnt so much about things that I find interesting and also found applications for the theory that we’ve learnt. Every module’s final project emphasised new concepts and how they can be applied to provide a practical solution. The importance given to lab work is one of the aspects where the UT really grooms young technology enthusiasts to skilled modern day engineers. Furthermore, guest lunch lectures give insight into how international firms are utilising the same basics taught to us during our first year to solve complex real-world problems. For example, on one occasion, ASML came to display the new methods they employ to make semiconductor chips and how these advancements can improve the products we used on a daily basis. Overall, the first year of Electrical Engineering has really brought to the surface all the problems that can be tackled with sufficient knowledge in the Electrical Engineering field. 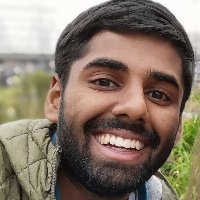 “I’ve learnt so much about things that I find interesting and also found applications for the theory that we’ve learnt.”
Anand Nateshan

The challenges of Electrical Engineering

The most interesting part of Electrical Engineering definitely has to be the final projects that are done at the end of every module. The lab sessions, which build up to the final project, along with the project themselves are extremely fun while being challenging at the same time. For example, the fourth module’s final project was to build an antenna that transmitted at 433 MHz. As a group, we decided to build a three meter wide dish antenna entirely out of laser cut wood. Although the same goal of transmitting at 433 MHz could have been achieved in a much simpler design, engineering the dish was challenging and interesting at the same time. Our hard work was acknowledged as we were given a 9/10 for our final project grade. But at the same time, the most challenging aspect of Electrical Engineering is keeping on top of workload and managing your time well between the engineering and the mathematics part of the study. It was difficult to dedicate the right amount of time to each portion of the study, however, once it was done, it was relatively straight-forward to get through the first year.

Besides studying, I also really like long distance running and I play Ultimate Frisbee. I recently ran the Enschede Half Marathon and countless other running events across the Netherlands. I am part of the Disc Devils team in Enschede and have gone to Münster and Amsterdam to play and compete against other Ultimate Frisbee teams in the region.

The atmosphere at Electrical Engineering from an international student perspective

As an international student who has lived and done my schooling in over eight countries, I was drawn to studying in the Netherlands as it provides world-class education in the technical sciences field. The University of Twente is a technical higher education institution that has a very integrated campus and facilities that are all easily accessible by all students. Here at the UT, professors and lecturers are very engaged in the students’ progress. On multiple occasions, I have emailed professors about questions that I found challenging, and in response was given plenty of assistance that would help me understand and learn from the problem. 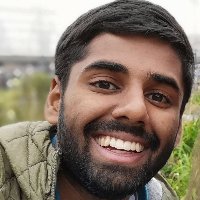 “It was given plenty of assistance that would help me understand and learn from the problem.”
Anand Nateshan

Furthermore, student feedback is extremely valued and each year of the study is improved based on the feedback given by the students. For example, at the end of the 2017-2018 academic year, the programme director of Electrical Engineering, Dr. Anne-Johan Annema, invited some classmates and me for lunch to discuss how the first year of Electrical Engineering could be improved for the following year. From the conversation came many aspects of the programme which he aims to change for the next students to make their experience of the first year better.

Reasons for considering the University of Twente

Personally, I decided to come here to the University of Twente instead of other higher education institutions in the US or Canada because the course here is a three-year programme which is highly focused on Electrical Engineering material. Since I did 12 years in the American schooling system, I only wanted to take classes that I found interesting and not classes that I was forced to take, such as English and Economics. At the University of Twente, you can also take classes that are not related to EE in your free time, but you are not obliged to, which made it way more appealing to me. Ultimately, I chose the University of Twente over other universities because of the beautiful balance it strikes between being conventional and modern. Mathematics would be the perfect way to elaborate on the aforementioned point as, after every mathematics lecture, practice problems are given to help the students in furthering the understanding. However, problems are given on a website called Mylabsplus and also in the textbook. Mylabsplus offer excellent step by step solutions for all problems and effectively explains how to tackle different types of problems. By not making them compulsory, the UT leaves the decision up to the students to take, but if the students are willing to put in the effort, generous help is provided.