The international career path of a ‘hard worker’

‘London is the place to be!’ That is certainly the case where Martijn Bakker, Advanced Technology alumnus, is concerned. His studies at the University of Twente enabled him to get a job as Software Engineer at Citadel Securities in London. His secret: work hard, graduate with distinction, have fun with your fellow students, attend lectures offered by the study association and have a drink during Friday get-togethers. 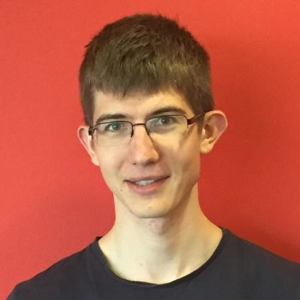 29 May, Bank holiday! We are here to interview Martijn, Software Engineer at Citadel Securities in London. He has long working hours – often getting on his bike at 7 in the morning to ride to work and returning home at 10 in the evening – but his work is interesting: he builds systems that are used for option trading worldwide (financial contracts where the buyer has the option of buying the product concerned on a fixed date at a fixed price). Martijn says: “I work for Citadel Securities, a subsidiary of the Citadel hedge fund. Contrary to the hedge fund, we do not have external investors and trade using only the owner’s capital, meaning there are less restrictions regarding allowed trade strategies. At the Securities department, we deal with the purchase and sale of stocks, COB bonds, currencies, bitcoins and options, which I am involved with. Everything runs fully automatic and is based on mathematical models that decide in nanoseconds whether we should buy or sell something. Human activity is, however, still needed and we can intervene when the system does not work as required. I am a member of a small team of about ten people, many of whom studied at the University of Cambridge or the University of Oxford. We are a tight group.”

How did you end up studying Advanced Technology?

Martijn: “Even before I went to university, I already had a broad interest in everything to do with engineering and technology. That is why I opted for Advanced Technology. A broad technical study with a direct link to society. During my first year, I basically attended lectures from 9 to 5, followed by a test at the end. That suited me just fine. During the second year, there were more activities in group context. Me and three other AT students formed a study group to do our assignments. It was very nice to interact with the same people all the time: you know each other, you know where you stand with each other and can learn from each other’s expertise. Because even though you are only in your second year, there are topics you are more interested in and better at. We complemented each other. Great times! During the third year, you choose the subjects you want to pursue. I opted for Computer Science subjects. I have been interested in IT since I was a boy. That is why I did a Bachelor’s thesis at the interface of IT and Advanced Technology. I developed hardware for solving differential equations. I wanted to develop hardcore technology that did not exist yet. My tutor, Ruud van Damme, encouraged me to not just do the assignment but to take that extra step. It was really inspiring: trying to do just a bit more than you think you are capable of. I really like that!”

Have you kept in touch with the members of your work group?

“I am still in regular contact with two of the three students I did assignments with during my second year. We all graduated with distinction and then set off into the wide world. After obtaining a Bachelor's degree in Advanced Technology and a Master's degree in Nanotechnology at the University of Twente, Yorick went to Standford University in America. After that he went to Saudi Arabia for three months as a visiting student researcher in the Functional Nanomaterials and Devices group at the King Abdullah University of Science and Technology. Later he returned to the University of Twente to finish a PhD in Applied Physics. Another member of the work group, Kevin, obtained two Master's degrees at the University of Twente after his Bachelor's in Advanced Technology, one in Applied Physics and one in Nanotechnology. He then started a PhD at the ETH Zürich/Paul Scherrer Institut in Switzerland. Quite an international little group of scientists. After having obtained my Master's degree in Computer Science at the University of Cambridge, I ended up in London where I feel completely at home. I do, however, intent to return to obtain a PhD. My PhD research will deal with the development of a new way of designing computer processors. With the current processor generations, the greater portion of the chip is not used for doing calculations but for storing data. We will design them differently, using thousands of small, independent processors in order to achieve more with less energy”, Martijn explains.

Tell me, what was life like at the University of Twente, besides education?

“Like many students I was a member of a study association. You not only get discount on textbooks, but they also organize fun activities at a scientific and social level. I did not organize activities, but was often present when others did. Lectures were always interesting and enabled you to learn about what was yet to come, get-togethers were good for your social life and then there was the trip to the UK, and particularly Cambridge, which I remember clearly. That visit inspired me to pursue the Master's degree in Computer Science at the University of Cambridge. I was also a member of the board of Musica Silvestra Orchestra for a year, the student orchestra of the University of Twente. I was responsible for finding new musical compositions, ensuring there were sufficient musicians, distributing new sheet music to the members and finding locations where we could organize concerts or practice weekends. A nice side job for a bassoon player”, Martijn says smiling.

I am still in regular contact with two of the three students I did assignments with during my second year. We all graduated with distinction and then set off into the wide world. Quite an international little group of scientists.Martijn Bakker

What are your plans for the future?

Martijn: “I was always certain what my future would be like. Apparently you sometimes know early on. So after my pre-university education (VWO) I went to the University of Twente. I then left for Cambridge where I obtained my Master's degree in Computer Science with distinction, after which I started looking for a job to gain experience. I really like working for Citadel Securities. But blood is still thicker than water. So I decided to start my PhD research at the University of Cambridge in October. And following my PhD defence, I intent to start my own company in developing technology in the area of the theory and implementation of general intelligence theory, which is one of the applications of the processors I will be working on during my PhD research. So: lots to do and lots to learn.”