Fear of needles is, for part of the population, the main reason for not having a Covid-19 vaccine. That fear is of all times, clearly demonstrated by the fact that needle-free techniques have been developed for over 150 years. The current technology, developed by David Fernandez Rivas and his team, is safer than previous ones, it is better possible to steer the injection fluid and the depth it penetrates into the body. This is reason enough for researcher Jelle Schoppink to compare the different options, in a ‘perspective paper’ in Advanced Drug Delivery Reviews.

Needle-free injection that uses a liquid jet that is heated and ‘shot’ by a laser, is a development that the University of Twente, as well as its spinoff company FlowBeams is working hard on. It takes away barriers for people that are afraid of needles and reduces the huge amount of waste in hospitals. An important property is that the jet can be controlled to a large extent: in this way, no more fluid is used than actually needed, and the dosage that is sent to the layers directly under the skin surface, is highly controllable in depth. 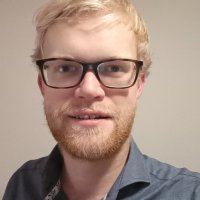 This was entirely different from early mass vaccination techniques that were used in the fifties of the 20thcentury. Here, the fluid got its speed by the energy stored in a spring that was released. The penetration depth was 2 to 10 millimeter and it was not easy to control it. Using this technique came to an end when part of the blood appeared to came back to the injector, with large-scale cross contamination as a result. World Health Organisation (WHO) decided to end this type of vaccination. 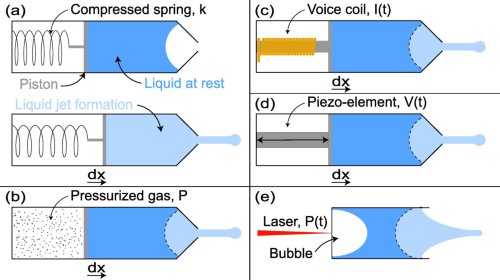 For about ten years now, application of lasers seems to be most attractive, after experiments had been done using compressed gas or using piezoelectric devices to generate the necessary force. Laser powered fluid jets were already developed by the Physics of Fluids group of Professor Detlef Lohse, using a so-called pulsed laser. This already came close to the technology David Fernandez Rivas is now developing, but he uses a continuous laser instead: this has some advantages like the size and cost. The fluid dynamics is highly controllable, with a typical depth of 0.1 millimeter to 1 millimeter. Compare that to the old spring-powered technique! You might expect that the injection fluid changes by heating it, but there are no indications that it does, so far.

The risk of returning jets can be prevented as well. Although the laser-induced injection technique is not tested on humans yet, tests on gels that look like human skin as well as on pig skin, look very promising. Replacing a needle clearly is not necessary, but the question may be if there is not some sort of plastic nozzle that has to be replaced for each patient. In the current situation, this is the case, but according to Schoppink, this even will not be necessary in future, actually reducing the amount of waste even more.

Schoppink is also comparing the needle-free technology to a technique that does use needles, but very tiny, microsized ones that you hardly feel – just like sandpaper. These patches of microneedles, made in silicon technology could even be used in combination with the fluidic solution, as a sort of 'signposts' directing multiple jets in the right way. Recyclability is an issue here.

The article of Jelle Schoppink, concluding, does not only illustrate the advantages of current technology, but it places it in perspective and also explores ways of combining techniques for the best patient-friendly solution.

The paper ‘Jet injectors for small volume delivery with lasers’, by Jelle Schoppink and David Férnandez Rivas, is in Advanced Drug Delivery Reviews.