Many people possess insufficient digital skills to make adequate use of the possibilities they are offered by the internet and the Internet of Things (IoT). The research report ‘Internet and Internet of Things skills in the Netherlands in the year 2021’ by Alexander van Deursen, professor of communication studies at the University of Twente, shows that there are large differences in digital skills. The consequence is a further reinforcement of existing social inequality.

Skills for the internet and smart technology

In the past few years, Van Deursen conducted research on several occasions into digital skills required for the internet: not only the technical (operational) skills that are needed to find your way around on the internet and to control smart devices, but also substantial skills related to information, communication, and content creation. This research also looked into skills that are needed to make the most of the Internet of Things. For his latest research, he interviewed 1,500 respondents to gain insight into their perceived skills.

As far as internet skills are concerned, the image of earlier research is confirmed, namely that a large part of the adult Dutch population has sufficient command of operational skills. However, the new report shows clearly that the level of critical information navigation, communication and content creation skills is worrisome. Here you can think of being able to evaluate information, recognising and avoiding scams and fake news, understanding when permission needs to be asked for sharing texts or photos, or understanding that there are commercial interests behind certain content or apps. Especially these critical skills require improvement for a major part of the population.

Internet of Things and smart devices

In addition to critical internet skills, we see the Internet of Things skills becoming increasingly important with the rise of smart devices. The complexity and quantity of data collected cause a lot of problems for most users, which makes benefiting difficult or only possible to a limited extent. Users are insufficiently equipped to interpret or visualise the quantity of information generated by IoT devices, or to take strategic action based on such information. Young adults and people with higher education and a higher income have a relatively high level of IoT skills, and therefore more opportunities to benefit from IoT developments. But there is a lot of room for improvement for them as well, which raises the question to what extent the command of these skills is feasible for different groups. In terms of inequality, those in privileged positions are the first to further enhance their position anyway by using the many possibilities of the IoT. 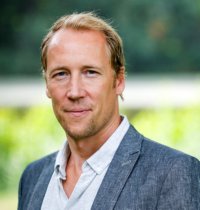 Earlier this year Van Deursen, together with his colleague scientist Ellen Helsper, called for a sound policy and research agenda to take the level of digital skills to a higher level. Van Deursen: “Increasing digitisation and increasing complexity of smart technology, for example, because of the rise of artificial intelligence, increase the necessity of reducing the differences in digital skills.”