Crop pests and diseases pose a threat to global food supplies. More than 20 percent of the five staple crops that provide half the globe’s caloric intake are lost to pests each year. While national and regional systems are in place to monitor and contain outbreaks, the capacity to do this effectively is often lacking, especially in low-income countries. Global trade and a changing climate affect the distribution and impact of pests and diseases leading to emergence in new areas or re-emergence in areas previously thought to be under control.

In the 28 June edition of Science, a multidisciplinary and international group of experts led by Dr Mónica Carvajal from the International Center for Tropical Agriculture (CIAT) and including Professor Andy Nelson from the University of Twente’s ITC faculty, have proposed a Global Surveillance System (GSS) for crop pests and diseases to strengthen and interconnect crop biosecurity systems and improve global food security.

“Our paper identifies the need for a Global Surveillance System and provides a template of how a GSS would better coordinate national and regional responses to minimise the risk to food supplies from pest outbreaks,” Nelson said. This coordination needs to take place across five related networks that: diagnose and report on early detections; perform risk analyses to prioritise actions; develop standards for the collection and sharing of data; communicate and transfer knowledge to partners governments; and promote global awareness of and preparedness for crop disease outbreaks. These networks exist in different settings but coordinated actions and capacity development is needed across all of them, especially in low-income countries where the greatest crop losses often occur.

Carvajal, Nelson and colleagues say the GSS framework they propose should gain traction in 2020, which has been designated as the International Year of Plant Health by the United Nations. The system would prioritise six major food crops – maize, potato, cassava, rice, beans, and wheat – as well as other important food and cash crops that are traded across borders. The GSS proposal is the result of a scientific meeting convened by CIAT and held in 2018 at the Rockefeller Foundation’s Bellagio Center in Italy.

“As part of efforts to satisfy global demand for food – which could mean increasing agricultural production by as much as 70 percent by 2050 – we need a GSS to reduce food lost to pests,” said Carvajal. “A lot of collaboration and discussion is needed to take advantage of existing systems and build procedures to improve communication between relevant actors to more rapidly take actions so we can avoid outbreaks that could negatively impact food security and trade.”

In 2015, researchers from China discovered Cassava Mosaic Disease (CMD) in Cambodia but did not publish their findings until 2016. By 2018, the disease had spread to Thailand and Vietnam, and is now estimated to be present in 10 percent of the surfaces cultivated in the region, threatening millions of smallholders who cultivate cassava and generate US$4 billion in export revenue. This year, agricultural authorities from Cambodia, Thailand, Vietnam and Lao, supported by research organizations including CIAT, published an emergency control plan for CMD in Southeast Asia.

The GSS proposal includes specialists who studied the wheat blast outbreak that hit Bangladesh in 2016 and the bacterial outbreak of Xylella fastidiosa that started affecting olive trees in Europe in 2013. Experts on human epidemics also formed part of the research team, as well as members of the United State’s National Plant Diagnostic Network, the Euphresco network for phytosanitary research coordination and funding, the French National Research Institute for Sustainable Development, the United States Agency for International Development and numerous university and research institutions. 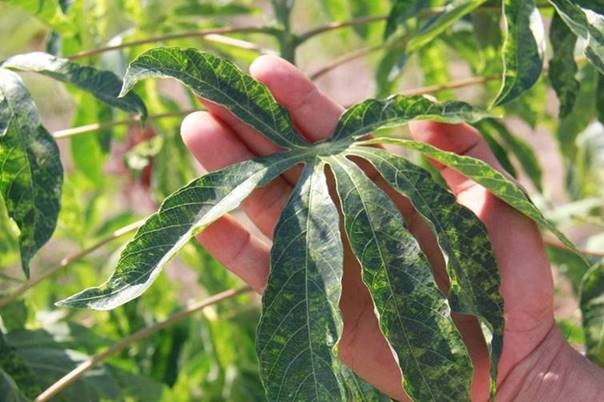 What would the GSS do?

The GSS would focus on tightening networks’ “active surveillance” and “passive surveillance” personnel who are on the front lines of disease outbreaks. Active surveillance consists of laboratories at agriculture inspection stations, and customs and phytosanitary inspectors at borders and ports of entry. The second group includes loose networks of farmers, extension workers with national agricultural organizations, scientists and agronomists at research centers and universities, and specialists in agriculture industries.

“For this infrastructure to be effective, connections between first detectors and downstream responders must be well coordinated,” the authors write. “But diagnostic capacity, information sharing and communications protocols are lacking or weakly established in some regions, especially in low-income countries. Our reflection on many disease outbreaks is that whether in high-income countries or low-income countries, the passive surveillance infrastructure has the most in-field monitoring and trained eyes but the least coordination from local to global.”

In a previous study, Prof Nelson and colleagues conducted a global survey of crop health experts to assess the burden of losses due to crop pests and diseases. This study was the first to quantify the individual and combined losses associated with 137 pests and pathogens in five major crops. Global losses of 21.5% for wheat, 30% for rice, 22.5% for maize, 17.2% for potato and 21.4% for soybean, were reported, but the largest losses were found to occur in food deficit regions of the world such as Sub-Saharan Africa, South Asia, South East Asia and China. Coordinated responses across the five networks proposed in the GSS can help to reduce these losses.

“These networks need access to the most recent advances in sequencing technologies, diagnostics, bioinformatics, data mining and data modelling to detect threats and evaluate the risks to global food supplies,” says Prof Nelson “There is a role for ITC’s expertise in remote sensing to support diagnostics, sampling strategies and surveillance approaches in areas at risk. Geographic information is also essential to model and visualise the level of risk prior to any breakout and we need innovative ways to rapidly collect and integrate multiple sources of information, from citizen science networks, social media, and more traditional sources.”

The GSS team is prepared to contribute to future efforts on Strengthening Pest Outbreak Response Systems and on a Global Pest Alert System highlighted in the International Plant Protection Convention (IPPC) 2020-2030 Strategic Framework.

Full details of the publication