putting a spin on topological matter

Joris Voerman is a PhD student in the research group Interfaces and Correlated Electrons. His supervisor is prof.dr.ir. A. Brinkman from the Faculty of Science and Technology. 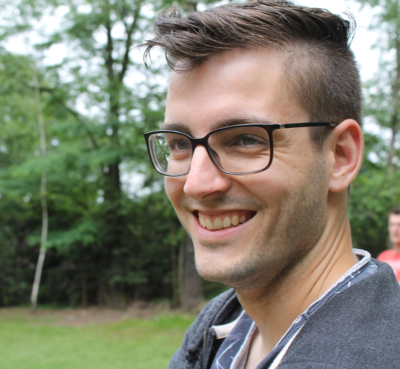 One of the most promising ways of creating computational devices beyond the limits of the current semiconductor technology, is being able to utilize the properties of the electron spin. This field of technology has been named spintronics. In this light, topological matter comes to mind since it has a fundamental property called spin-momentum locking. The fact that the spin orientation is directly coupled to the momentum direction of the charge carrier, could be the key to unlocking the field of spintronics. This thesis explores the role that the electron spin has on the electronic properties of a few recently discovered topological materials: BiSbTeSe2, a topological insulator designed to have very little contribution of the bulk to the electronic transport. Secondly, I study ZrSiS, a nodal-line semimetal that shows hints of a trivial to topological transition under a certain magnetic field. And finally, I investigate PdTe2, a material known to be both a superconductor and a Dirac semimetal, which makes it a good candidate for being a highly sought-after topological superconductor.

Because of spin-momentum locking elastic scattering is suppressed in a topological insulator. The hyperfine interaction then plays a more important role in scattering processes. Effectively, this type of scattering transfers the electron spin to the bismuth nuclei. When the nuclear spins relax they again polarize the electrons, making the system act like a capacitor, or a battery. A square wave with a minimum voltage of zero is applied to the device while the voltage response of the device is measured. The extracted RC-time is a measure for the capacitance that is present in the set-up. The experiments described in chapter 4 show no capacitance beyond the calibration, providing an upper limit to the performance of a topological insulator flake-based spin battery. In our measurements this upper limit was determined to be 0.1 nF.

Joris Voerman is a PhD student in the research group Interfaces and Correlated Electrons. His supervisor is prof.dr.ir. A. Brinkman from the Faculty of Science and Technology.