systematic investigation of interactions of bulk nanobubbles with soft matter

Minmin Zhang is a PhD student in the Bioelectronics research group. Her Supervisor is prof.dr. S.G. Lemay from the faculty of Science and Technology. 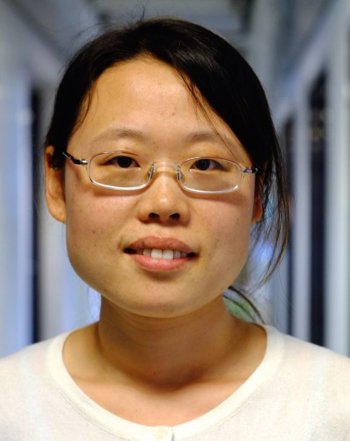 Bulk nanobubbles are nanoscopic bubbles formed in aqueous solution by supersaturation and have been discovered to form stable colloidal suspensions. They are attractive due to their relevance for many applications ranging from industrial processes such as cleaning, froth flotation and wastewater treatment, to biomedical fields that include ultrasound contrast agents, drug delivery and disease diagnosis. However, studies into these applications are partial, scattered and non-systematic. This thesis attempts a systematic study of interactions of bulk nanobubbles with a series of soft matter systems, which includes various colloidal suspensions, liposomes and viral capsid proteins. Our study also presents a range of experimental results and controls to improve the understanding of nanobubble features.

The thesis starts by giving a brief literature review in Chapter 1 about bulk nanobubbles, their generation, characterization methods as well as possible stability mechanisms and potential applications. Despite the promise of practical implications, we attempt to build up the bridge to investigate their interactions with soft matter systematically.

As a next step, we explored the interaction with positively charged amidine polystyrene beads over a range of sizes as reported in Chapter 3. We observed reentrant condensation of amidine nanoparticles of all sizes upon mixing with bulk nanobubble solution. This behavior is directly monitored through the size change and reversal of electrophoretic mobility of the mixtures. By studying the relation between nanoparticle concentration at the point of zero charge and the total particle surface area, we gained a further understanding of the nucleation mechanism underlying our observations.

In Chapter 4 we moved onto liposomes in bulk solutions in order to investigate the phenomenology of interactions of bulk nanobubbles in an organic system. We employed dynamic light scattering to probe both the hydrodynamic and electrophoretic properties, and fluorescence microscopy to visualize the structure change of nanobubble-liposome complexes. The same reentrant condensation was observed with cationic liposomes,  further supporting the interaction mechanism of gas nucleation on the liposome surfaces.

Last but not the least, the thesis ends up with studying the bulk nanobubble-induced self-assembly of viral capsid proteins disassembled and purified from native CCMV. In Chapter 5, we address the successful self-assembly of capsid proteins by three distinct techniques including dynamic light scattering, atomic force microscopy, and transmission electron microscopy. In this process, bulk nanobubbles play a role as templates. We also found that depending on capsid protein concentrations, the same building blocks are able to assemble into different capsid sizes corresponding to different building structures.

Minmin Zhang is a PhD student in the Bioelectronics research group. Her Supervisor is prof.dr. S.G. Lemay from the faculty of Science and Technology.