Over the years, you and your colleagues have been working hard to provide the best possible education. For that, we received great recognition in the newest edition of the Keuzegids.
Find out more
The newest Keuzegids hails your university as Best Technical University and awards the Top rated programme title to six study programmes.
Find out more
We are proud of our great score in the Keuzegids Universiteiten, in which we received the title Best Technical University in the Netherlands!
Find out more
For the fourth time in a row, we have been named Most entrepreneurial university in the Netherlands!
Find out more
Previous eventNext event

Kenan is PhD-student in the Department of Biomechanical Engineering. His supervisor is Nico Verdonschot from the Faculty of Engineering Technology (ET). 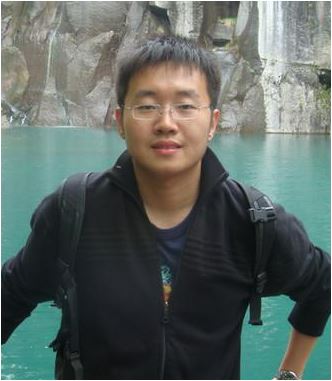 Musculoskeletal disorders, particularly in the lower limb, are the most common cause of severe long-term pain and physical disability, and affect hundreds of millions of people around the world. Accurate measurement tools are required to diagnose these pathologies and to evaluate the efficacy of various treatment options. In this respect, detailed measurement and analysis of human movement have shown to be of great value.

Joint kinematic data can be used in motion analyses combined with biomechanical modelling, e.g. musculoskeletal models for inverse dynamics approaches. Subsequently, researchers can utilize these musculoskeletal models to better understand the dysfunctions of the musculoskeletal system, and try to improve the diagnosis and treatment for patients. Hence, as a critical input to the musculoskeletal models, a valid representation of actual skeletal motion and kinematics are of high relevance. However, the fact is that human skeletal structures are not exposed to the outside environment but are surrounded by soft tissues (muscles, fat, skin etc.). Therefore, an effective measuring technique that could directly or indirectly detect the motion of the bony segments is necessary to quantify the movements of these segments inside the body.

To measure skeletal kinematics of the lower extremity researchers have previously used intra-cortical bone pins with mounted markers. The positions of the inserted bone pins were measured by a stereo photographic system (e.g. optical tracking system). It has been demonstrated that this method provides a very accurate representation of the motion of bone segments in the knee joint. However, the invasiveness of this method impedes its application into clinical practice. As an alternative,  utilization of skin-mounted markers is currently the most widely used method for measuring kinematics of the lower extremity for gait analysis, in which the trajectories of skin-mounted markers represent the movements of the bony segments beneath the skin. However, this method is limited by its accuracy of estimated kinematics, which is subject to Soft Tissue artifacts (STA). Alternatively, fluoroscopic systems utilize radiographic images and adequate model based methods to be able to achieve high accuracy, but induced irradiation to the subject and a limited field of view hamper routine usage in the clinical setting.

Ultrasound (US) provides the possibility of detecting the tissue-bone boundary and estimating its depth through the soft tissue during movement with the advantages of non-invasiveness and non-radiation. The goal of this research was to develop and validate a new non-invasive method based on ultrasound that is able to track skeletal motion around the knee joint and to quantify tibiofemoral kinematics under dynamic conditions. To achieve this goal we separated the work in various parts which are outlined in this thesis and which are summarized below:

Firstly, to investigate the feasibility of point cloud registration algorithm implementation for this specific application, a numerical simulation was conducted to explore the possibility of registering the detected point cloud with a known bone shape model in Chapter 2. Furthermore, the sensitivity to the number of acquired points and the sensitivity to induced noise were also investigated. A cadaveric experiment was also conducted to evaluate the registration method that is capable of determining the 3D position of a bone segment at a fixed position. The results showed that our registration method (ICP with Perturbation Search) had a significant improvement on the registration accuracy relative to the standard ICP registration method. The results of Chapter 2 furthermore demonstrated the possibility of registering a known bone shape to a sparse point cloud and provided a guideline to decide the necessary number of A-mode ultrasound transducers that should be used in the first prototype system. We found that 15 points could get an acceptable accuracy (Root Mean Square Errors, RMSE <1.5 mm) when localization error is low (< 1mm).  Hence, we decided to employ 15 A-mode ultrasound transducers for each bone segment. Thus, based on this study, a total number of 30 A-mode ultrasound transducers was selected to be used for our final system.

Secondly, the principle of digitizing a bony point from a tracked A-mode ultrasound probe was investigated in a cadaveric setting in Chapter 3. The skeletal positions of shank and thigh were estimated while fixing the bones in different stationary positions. We assumed that measuring multiple bony points covering the shank and thigh at one stationary position would provide a data set that would be comparable to the simultaneous measurement of bony points by multiple tracked A-mode ultrasound probes. Under these circumstances, the obtained bony points at one stationary knee position were processed to quantify tibiofemoral relative positions and orientations between the femur and tibia in a static manner. The derived rotational and translational outcomes were compared to the reference outcomes that were derived from inserted intra-cortical bone pins that we considered as the ground truth. The results derived from the tracked A-mode ultrasound probe achieved a mean of 1.06 ± 2.05° and -2.16 ± 3.02 mm error for rotational components and translational components, respectively, which showed a relative high accuracy in estimated rotations and translations. The results of this method showed the potential to estimate tibiofemoral kinematics under a dynamic situation when simultaneously tracking an array of A-mode transducers covering the lower extremity at multiple locations. Hence, after this feasibility study it was decided to acquire the hardware to build a multi-channel A-mode system.

Thirdly, we developed a multi-channel A-mode ultrasound tracking system as described in Chapter 4. The unique feature of our proposed ultrasound tracking system lies on the extension of the detection range of skin-mounted markers from the superficial measurement to the real bony surface. The combination of multiple A-mode ultrasound transducers with a conventional motion capture system improves the validity of the estimated 3D positions of the underlying bony segments which are required to accurately quantify tibiofemoral kinematics in a dynamic fashion. The results of Chapter 4 show the accuracy of the estimation in flexion-extension (RMSE 1.51°), adduction-abduction (RMSE 0.88°). Average rotational errors of 1.51 ± 1.13° (mean ± SD) and average translational errors of 3.14 ± 1.72 mm (mean ± SD) were obtained. Although the reconstructed tibiofemoral kinematics were less accurate than those reported for fluoroscopic systems, it has the potential to overcome the effects of soft tissue artifacts of skin-mounted markers systems to produce accurate kinematics.

Subsequently, an in-situ comparison was conducted in a cadaveric experiment in order to investigate the performance of our method against the more traditional method using skin-mounted markers with the constrained hinge and spherical knee models (in Chapter 5). The ultrasound tracking system resulted in lower kinematic errors than the skin-mounted markers (the ultrasound tracking system: maximum RMSE 3.44° for rotations and 4.88 mm for translations, skin-mounted markers with the spherical joint model: 6.32° and 6.26 mm, the hinge model: 6.38° and 6.52 mm). The ultrasound tracking method resulted in lower kinematic errors, in the experimental conditions investigated, and could represent a viable alternative to traditional system, which could improve the measurement accuracy of bone and joint kinematics.

Eventually, we aimed to demonstrate the feasibility of capturing skeletal motions and quantifying tibiofemoral kinematics for healthy subjects performing different daily activities (in Chapter 6). After changing several gait parameters, e.g. imposed speed of treadmill and height of staircase, kinematic alterations could be quantified which were in accordance with previous findings. Although it should be realized that there was no ground truth measurement accompanied in this experiment, the experiment was valuable in demonstrating some features of the system that are important for in-vivo assessment of human movement, such as walking and stair descent. Furthermore, we were successful in obtaining on-line (real time) kinematic data, which is important to directly assess the quality of the measurement. Finally, we demonstrated that the system prototype worked appropriately under in-vivo conditions and therefore has the potential to measure skeletal motion in research and clinical applications.

In conclusion, ultrasound based skeletal motion capture is feasible and has the potential to achieve high accuracy in the estimation of skeletal motion and quantification of 6-DOF joint kinematics. The currently developed system showed the ability to directly measure skeletal kinematics despite soft tissue deformations between the transducer and the bony surface. Therefore, this method has great potential to be considered as a suitable alternative for measuring human skeletal motion.

In this thesis a considerable number of improvement steps are described which will enable to achieve higher accuracies and sampling rates than those described in this thesis. After implementation of these improvements a unique measurement system can be obtained that can be applied to a variety of applications such as quantification of dynamic motion and deformation of soft tissue structures, general gait analysis, prosthetic design optimization, orthopaedic reconstructive surgery and surgical navigation. This thesis provides the foundation for these future applications.

Kenan is PhD-student in the Department of Biomechanical Engineering. His supervisor is Nico Verdonschot from the Faculty of Engineering Technology (ET).