A recent study in Nature Food shows that the previous projections of future crop production were too optimistic. The new ensemble of global crop and climate models predicts substantial changes in crop yields of major staple crops within the next decade if the current CO2 emission trends continue.

Many regions will experience severe changes much earlier than previously expected requiring farmers and governments to act as soon as possible. “We did not expect to see such a fundamental shift, as compared to crop yield projections from the previous generation of climate and crop models conducted in 2014,” said Jonas Jägermeyr, a climate scientist at NASA and The Earth Institute at Columbia University.

The new projections were generated by 12 state-of-the-art global crop models under the Agricultural Model Intercomparison and Improvement Project (AgMIP). One of the models is ACEA developed at the University of Twente by the Multidisciplinary Water Management group (MWM). The model primarily focuses on a crop yield response to changes in rainfall patterns, temperatures, and CO2 concentration. 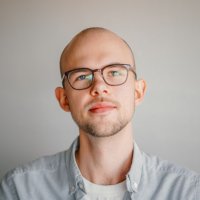 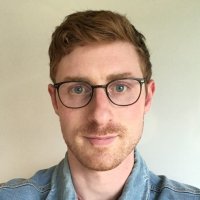 Using advanced climate and agricultural models, the authors conclude that the change in yields is due to projected increases in temperature, shifts in rainfall patterns, and elevated surface carbon dioxide concentrations from human-caused greenhouse gas emissions. “What we're doing is driving crop simulations that are effectively growing virtual crops day-by-day, powered by a supercomputer, and then looking at the year-by-year and decade-by-decade change in each location of the world,” said Alex Ruane, a co-director of NASA’s Climate Impacts Group.

This study introduces a new estimate for when climate change impacts “emerge” as a clear signal from the historically known variability in crop yields. Soybean and rice projections show a decline in some regions but at the global scale, the different models still disagree on the overall impacts of climate change. However, for maize and wheat the climate effect is much clearer, with most of the models pointing in the same direction.

Maize is projected to decline by 24 % by the end of the century with the current emission trends. This crop is grown in a wide range of latitudes, including sub-tropical and tropical countries where the higher temperature will be more harmful than in cooler high-latitude regions. North and Central America, West Africa, Central Asia, Brazil, and China will potentially see their maize yields decline in the coming years as average temperatures rise across these breadbasket regions, putting more water and heat stress on the plants.

Wheat could potentially see a global yield increase of about 17 %. This crop grows best in temperate climates and it may see a broader area where it can be grown as temperatures rise, including the Northern United States and Canada, North China Plains, Central Asia, Southern Australia, and East Africa, but these gains may level off in mid-century.

“One effect the data show clearly is that poorer countries are likely to experience the sharpest declines in yields of their main staple crops. This exacerbates already existing differences in food security and wealth,” says Christoph Müller, a researcher at the Potsdam Institute for Climate Impacts Research. As a result, fundamental changes in global crop production patterns can be expected, which might benefit some producing countries while jeopardizing the others.