According to the latest norms laid down in the Dutch Flood Protection Programme, the dykes along the River Vecht constitute a safety hazard. Along the north bank, 76% have failed to meet the norm; along the south bank, the failure rate is 93%. No less than 60% of the dykes in this area are too low. In a unique joint project called POV (Project-Transcendent Exploration), System Development High Water Perspective Overijsselse Vecht, several regional water boards and the provincial government of Overijssel are researching the best and most effective water safety solutions for the Vecht Valley. UT researcher Joanne Vinke-De Kruijf is closely involved. ‘The traditional solution would be to raise the dykes. But in this project, we are looking further and searching for systemic measures: smarter, more efficient and cheaper alternatives that will allow us to achieve more than merely trying to prevent flooding.’

There is a lot of work to be done on the Netherlands’ dykes and flood defence systems. Many of them have failed to meet the latest safety norms. In the national Flood Protection Programme, the national government and the Water Boards are working together more intensively than ever to protect the country against flooding. Local and regional authorities in the Vecht Valley are going a step further, focusing not so much on building higher, stabler dykes, but rather on making the entire river basin more resilient. This approach has led to a broader cooperation and a much wider range of possible measures.

Solutions outside the water catchment area

‘Within the project there is not an exclusive focus on solely the dykes, but also at all the factors surrounding them,’ says Joanne Vinke-De Kruijf. ‘From the natural and social systems in the catchment area to the impact of the energy transition and how we can include that. Water storage in historic flood plains, for example, can lead to a substantial water level reduction in extreme conditions. We are looking for this kind of systemic measures not only in the Vecht Valley itself, but also in other river basins, even across the border in Germany.’

‘It’s a new way of thinking,’ continues Vinke. ‘At the UT we call it ‘resilience engineering’.  The difference with the traditional approach is that the aim is no longer to get everything under control, but rather to be prepared to move with events or effects that cannot be controlled or even predicted. It’s an inevitable shift. Climate change, for example, is confronting us with far higher degrees of complexity and uncertainty than those we faced in the past. Given the fact that in today’s world we cannot simply rule out flooding or other disasters, we are now trying to increase our resilience – so that if a disaster occurs, we will be able to limit the damage and quickly recover from it. That is what this approach is all about.’

‘It seems likely that smart combinations of systemic measures will be the most cost-efficient,’ says Vinke. 'One example is roughening the landscape, so that in case of high water the flow rate is slowed down and the water does not all rush into the lower delta at once. Another example is storing water upstream in Germany for a longer period.’

The first conclusions are: that large-scale systemic measures in terms of water management can indeed have the desired result; that they will become even more effective as the impact of climate change intensifies; and that the investment costs involved in such measures can be considerably lower than those of mere dyke reinforcement.

Vinke: ‘As a researcher, my role is to help think through the design process. I’m also involved in research and identifying the lessons learned, together with a number of graduating students. We look at questions such as: How do you deal with uncertainties? How do the different stakeholders view the system? Which restrictions do they place in terms of time, space or collaboration? Thinking about a resilient system was not the initial starting point, but resilience engineering has played a major role in the project, as it challenged the parties involved to consider the larger system around the river and extreme situations. At the UT we have encouraged this thinking about a future-proof water system.’ 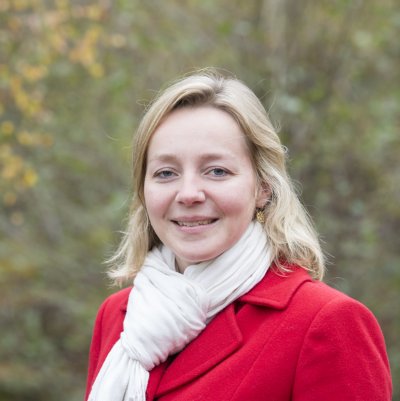 University lecturer at the Department of Construction Management & Engineering, CME, at the University of Twente

Fields of interest: research, education and projects with a focus on climate-resilient cities and deltas

‘When I was younger, I never imagined I would end up in this work, but I enjoy it and value the opportunities it brings. I especially enjoy the link between content and process in the civil engineering domain. In making cities, deltas and other infrastructure more resilient, the biggest challenges we face are not so much in developing technical solutions, but in flexibly implementing solutions in a continuously changing working environment. Dealing with the many different stakeholders, technologies, media influences and other, larger forces, such as climate change, makes civil engineering a very complex and unpredictable field. That is what fascinates me about it.’