Governments and companies are investing hundreds of billions of euros in devising and implementing measures to protect us from the effects of climate change – or better yet, to curb or reverse climate change. Climate scientist Maarten van Aalst’s job is to figure out how and where we should invest all that money. His is a dual role.

As a professor at the ITC Faculty of Geo-information Science and Earth Observation of the University of Twente he holds the Princess Margriet Research Chair for ‘Spatial Resilience for Disaster Risk Reduction, with the mission of increasing resilience to natural disasters and climate change. And as director of the Red Cross Red Crescent Climate Centre, a team of 35 experts from around the world, he supports the Red Cross worldwide in (climate) disaster relief among vulnerable people – for example, by linking global science to local practice. ‘When I look back later, I hope to see that my work has actually helped reduce mortality and human suffering.’

While world leaders concentrate on setting international climate goals, such as reducing greenhouse gas emissions, climate change continues unabated. In his dual role as professor of Spatial Resilience for Disasters Risk Reduction and director of the Red Cross Red Crescent Climate Centre, Maarten van Aalst aims to build bridges between science, political policy and practice. ‘In my role as Princess Margriet Chair I want to make better use of scientific knowledge for reducing human suffering and economic damage caused by disasters. As climate change causes more and more erratic weather, outsmarting the weather and mitigating risk is a huge challenge. At the Red Cross we see daily how climate change is affecting the most vulnerable. More emergency relief is not the answer; we need to reduce the risk of disasters and the damage they cause.’

Every year, natural and climate-related disasters claim countless lives and cost hundreds of billions in damage. Climate change is only likely to increase this problem. Van Aalst highlights two main concerns when it comes to the fight against climate change and its consequences. ‘One is that the vast majority of measures against climate change are long-term aims. The current dyke improvements going on in the Netherlands in connection with the expected rise of sea levels in the coming decades are an example. A second concern is that most measures benefit wealthy people in the richer parts of the world. This is all well and good, but at the same time, climate change is creating new vulnerabilities in new places. It is in everyone's interest that we identify inequalities, so that the most vulnerable people and areas become more resilient, too. And if we want to make a difference here and now, then it is also crucial that we link long-term forecasts based on scientific research to short-term interventions: think of emergency relief during or after a disaster, and, more importantly, of preventive measures, for example, responding to current weather forecasts. Until now, climate science and disaster relief were separate worlds. However, there is a world to be gained in bringing together research, policy and practice from these domains.’ 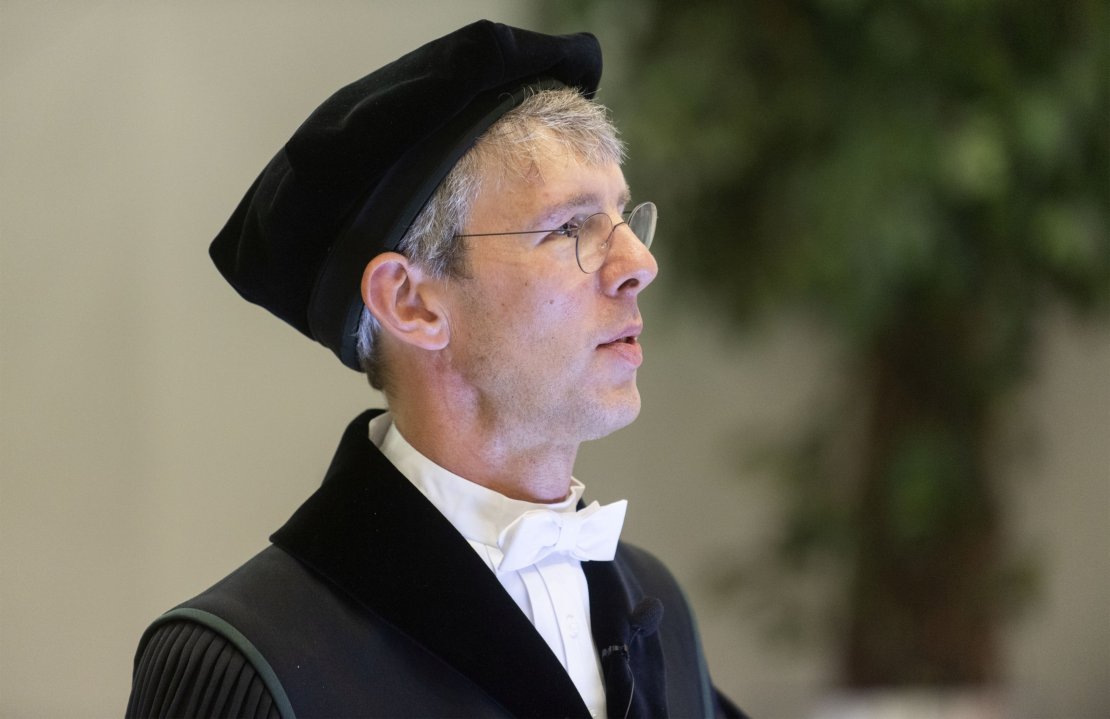 Van Aalst offers an example. ‘In April 2016, models predicted heavy rainfall in part of Uganda. Due to a lack of clean drinking water, this often leads to cholera outbreaks in the area – which can result in many deaths. By distributing water tanks and chlorine tablets a few days before the expected floods, we ensured that residents had clean drinking water afterwards. This approach does require clear advance arrangements. For example, about funding these measures on the basis of a predicted disaster that has not yet occurred. It also means involving local organisations beforehand, so that they can prepare residents and make sure they know exactly what to do. These advance investments are very worthwhile. If cholera had broken out, and we would have had to provide emergency medical assistance, the economic cost would have been considerably higher. On top of that, the population would very likely have suffered far more severely.’

Another measure that can prevent a great deal of damage in the event of imminent flooding, says Van Aalst, is digging ditches around fields and residential areas. ‘These are all relatively simple measures. By combining scientific knowledge of the most vulnerable areas with knowledge and experience of effective policy, we can ensure that extreme weather doesn’t end in extreme disasters.’

MONEY TO GET YOUR LIVESTOCK TO SAFETY

An important part of Van Aalst’s work is creating effective warning systems, he explains: so-called ‘early warning, early action systems’. ‘These systems are about anticipating extreme weather in order to save lives and prevent damage. As a researcher, I aim to prove scientifically that preventive action is more effective. For example, Bangladesh is regularly affected by cyclones. Thanks to the current warning systems, residents of vulnerable areas can often be evacuated in time. But that is not enough. Local farmers still lose their livestock and therefore their source of income. Consequently, the community and the economy take a heavy blow – and become dependent on international donations to survive. What if we gave or lent these people small amounts of money in advance, so that they can get their livestock to safety? Or so that they can invest in crops that are more resistant to droughts, or floods? By anticipating events with smart measures, we can make existing socio-economic safety nets more robust, smarter, and more resilient. It offers us a way of rolling up our sleeves and doing something before people drop below the poverty line, rather than waiting until disaster strikes.’

According to Van Aalst, the Princess Margriet Chair and the Red Cross Red Crescent Climate Centre, each with its own knowledge, experience and network, are the ideal pair to help make the most vulnerable communities on our planet more resilient. ‘The aim of the chair is to harness our knowledge of natural disasters and climate change for the prevention of disasters, and to measure and improve the impact of humanitarian aid in the field of disaster prevention. We can directly apply the results of our research to the work of the Red Cross, an organisation that is investing more and more to increase people's resilience to natural disasters. Conversely, the science community benefits from the Red Cross's practical knowledge, for example, of how people can prepare for extreme weather, or of innovative methods for collecting local data on vulnerability to disasters.'

‘I began my career as a theoretical astronomer, studying the sun and the atmosphere through a telescope. But deep down it was always my ambition to do something for people – and especially the people who need it the most, the vulnerable communities. This ambition came more clearly into view when I moved from NASA to the World Bank in '99, where the question was first raised as to what climate change actually meant for World Bank investments in developing countries. That is when I started analysing the impact of climate change on vulnerable people. The Red Cross Red Crescent Climate Centre was asking itself the same question from a humanitarian point of view, so moving there in 2005 was another logical step. It gave me the opportunity to link hard climate science with disaster relief. The Princess Margriet Chair at the International Institute for Geo-Information Science and Earth Observation (ITC) at the University of Twente is an excellent position from which to utilize and further expand the knowledge and networks that are evolving in the field of climate change – precisely for the benefit of the most vulnerable people and places on our planet.’

+31534893151
m.k.vanaalst@utwente.nl
Follow me on TwitterConnect with me on LinkedInBuilding: ITC 5-042
Close
Suggestions