One of the speakers of NWO Bessensap 2019 (Friday 21st of June) is Ruud Jacobs (BMS). Ruud is preparing for a research project on the acceptance of persuasive games among their intended audiences. He is interested in the motivations people have to play games that are explicitly trying to change how they think about certain issues. Ruud is also involved in teaching in the Bachelor and Master tracks of Communication Science. In November Ruud will introduce a new master’s level course on research relating to videogames, called ‘Game Studies in Social Sciences’.

Games that win you over: influences and mechanisms of persuasive games

People are playing games more than ever before and the group of people that can be described as ‘gamers’ is becoming broader each year. At the same time, games are maturing: though the medium is still often associated with mindlessness and violence, players are increasingly recognising that certain game experiences are moving them on an emotional level, motivating them to reflect on their place in the world. Game developers are able to embed meaningful messages in their games with staggering finesse. Nowhere is this more apparent than with persuasive games, which have been developed with the primary intention of making players think about a certain topic and even change players’ real-world behaviour.

By researching persuasive games on topics as diverse as slavery practices in Uzbekistan, abuse in romantic relationships, and even the dangers of using WhatsApp while driving, it has not only become clear that these games are affecting their players, but also how they are affecting them. More specifically, this presentation will discuss two recent studies that showed that the gameplay (the way in which the player interacts with the game world) in a persuasive game can be designed to offer a persuasive message independently of the rest of the experience. Player actions generate feedback from the game world, leading players to draw their own conclusions about how the real world works. This presentation will explain this persuasive mechanism (called ‘procedural rhetoric’) using example games that have been developed by Dutch and international individuals and organisations. 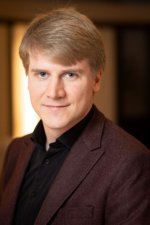