Researchers Dr Massimo Sartori (Faculty ET) and Dr Richard Stevens (Faculty TNW) are each to receive a European Research Council Starting Grant of 1.5 million euros. A total of 3,170 research proposals were submitted, while only 13 percent were accepted. ERC Starting Grants are awarded for pioneering research proposals, enabling budding scientists to found and build their own research group.

Neurological injuries such as stroke or spinal cord injury leave millions of people disabled worldwide every year. However, for these individuals recovery is often suboptimal. The impact of current neuro-rehabilitation machines is hampered by limited knowledge of their physical interaction with the human body. Motor recovery requires positive neuro-muscular adaptation to be steered over time. If we could predict such adaptation and control it, to induce a positive change in the future, then a new era in rehabilitation robotics would begin.

INTERACT will address this challenge by combining spinal cord electrical-stimulation and robotic exoskeletons with a new class of predictive multi-scale models of the neuromuscular system. This will enable robots to autonomously discover the electro-mechanical stimuli needed for repairing motor function over time. INTERACT will answer fundamental questions in movement neuromechanics via novel principles of human-machine interaction, with broad impact on bioengineering and robotics. 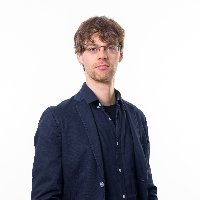 During an inspiring PhD and Postdoc between the University of Padova, Stanford University, and the University Medical Center Goettingen, Dr Sartori gained knowledge in computational neuro-mechanics, which motivated him to pursue fundamental questions of human-machine motor interaction. Dr Sartori was Guest Editor for the IEEE Transactions on Biomedical Engineering and Frontiers in Computational Neuroscience and led research activities in National and European projects. Between 2014 and 2017, he received the NIH-OpenSim Fellowship, the NCSRR Outstanding Research Award and a H2020 Marie-Skłodowska-Curie Individual Fellowship. He now is an Assistant Professor leading an expanding research group.

Stevens was awarded the Grant for his “UltimateRB” project. In this project he will perform computer simulations of thermal convection. Thermal convection plays an important role in a wide range of natural and industrial settings, from astrophysical and geophysical flows to process engineering. However, it’s still a major challenge to determine the heat transport in highly turbulent flows and different laboratory measurements in this so-called ultimate regime strongly disagree.

Stevens is going to develop novel simulation techniques that fully exploit the next generation of supercomputers in order to simulate thermal convection in highly turbulent flows. These simulations will be used to get a better fundamental understanding of the physics that determine the heat transfer in the ultimate regime and to explain the differences among various experiments. The goal is to use the simulations to find ways to increase the heat transfer in highly turbulent flows. 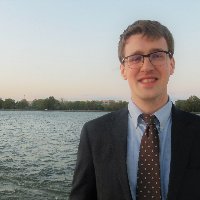 From 2008 to 2011, Dr. Richard Stevens did his PhD in the Physics of Fluids group of Prof. Detlef Lohse, which is part of the university’s MESA+ research institute and is part of the Max Planck - University of Twente Center for Complex Fluid Dynamics, in collaboration with the Turbulence and Vortex Dynamics group of Prof. Herman Clercx in Eindhoven. In 2012, he received a YES! Fellowship to work as a postdoctoral researcher at the Johns Hopkins University in Baltimore (USA). In 2015 he returned to the University of Twente as assistant professor and in 2016 he received a VIDI grant and a Shell-NWO/FOM CSER tenure track fellowship.

The European Research Council awards Starting Grants every year to early-stage researchers of different nationalities. The Council’s aim is to encourage these scientists to conduct independent research in Europe as they work on building their careers.