Photonics will play a major role in fast and energy efficient communication. Light chips can make internet datacenters more sustainable, they will enable the new 5G standard and they have a large variety of applications in, for example, sensing. On its way to large-scale introduction, however, the problem is that until now, precision assembly is often done by hand. A new micro assembly machine, introduced by the Fraunhofer Project Center at the campus of the University of Twente, is a major step forward.

Photonic chips are rapidly becoming widespread. They will probably tap into a world market in the new 5G mobile standard - chips that work with light are fast, broadband and energy efficient. Photonics offers great benefits in many other applications too, for instance in sensors for medical applications. Success depends on the possibility of producing and assembling the chips in large quantities. The new machine is a determining step. It places Twente at the forefront of technological development. Large-scale photonic chip production is expected to create thousands of new job opportunities.

The machine appication, developed for PHIX, is able to make the connection between the chip and the 'outside world' via sixteen extremely fine glass fibres (fibre array) which are placed in the correct position one by one. Placing the glass fibres and the chip holders is the next step in the automation process. Up to now these have all been labour-intensive production steps, the high cost of which has posed a barrier to large-scale introduction.

The machine is based on an assembly platform developed at the Fraunhofer Institute for Production Technology (IPT) in Aachen. This platform is being developed further for photonics applications at the Fraunhofer Project Center at the UT, which is a collaboration between the UT, the Fraunhofer IPT and Saxion focusing on advanced manufacturing. The Fraunhofer Project Center collaborates closely with PHIX Photonics Assembly on this project. Albert Hasper, PHIX director: "The market demand for equipment based on photonics technology will see an exponential increase. This is only the beginning. The new machine will facilitate the widespread use of chips in detecting, generating, sending, measuring and managing light."

Biba Visnjick, director business development at Fraunhofer Project Center: ‘’Our aim is bringing knowledge, competencies and skills into the manufacturing industries. We are supporting organizations of any size and industrial fields to get connected, faster, more flexible and agile when it comes to the production. It is the only way for organizations to sustain enormous competitive pressure and respond to necessity to become an important player in the fast-growing digital supply chains. For us this is one of our successful collaborations bringing micro assembly into organizations!’’

The new assembly technology will strengthen the existing photonics activities in Twente, from basic research to new business. Photonics has a strong presence in a cluster of University of Twente research groups, in the MESA+ Institute for Nanotechnology; in the 'Applied Nanotechnology' programme at Saxion University of Applied Sciences; in about ten Twente photonics companies, including LioniX International, Phoenix Software, DEMCOM, Thales, PANalytical, IDEX Optics & Photonics, Lightmotif and Sumipro; and in some photonics spin-offs from Twente such as Dovideq Medical, Next Scan Technology, HyBriScan and Solmates. The high-tech Twente region constitutes an integral part of PhotonDelta, the (inter)national ecosystem for integrated photonics.

On Tuesday 19 June, the 12th edition of the Photonics Event will take place in The Gallery on the UT campus. This event is the Benelux and German photonics community meeting point. Organized by branch association PhotonicsNL, it is the prime event for researchers, developers, designers and engineers working in photonics application and development. At the same time, companies can become acquainted with the latest developments in the photonics field by means of a varied programme. A demo of the high-tech assembly machine can be seen on the University of Twente campus during the national Photonics Event.

The second World Technology Mapping Forum will also take place in Enschede on the University of Twente campus from Wednesday 20 June until Friday 22 June 2018, in the heart of the scientific Dutch photonics sector. The first version of the 'International Photonics Systems Roadmap' will be discussed there. At the same time, the global technology requirements from 2030 onwards will be forecast.  Admission to this congress is by personal invitation only. 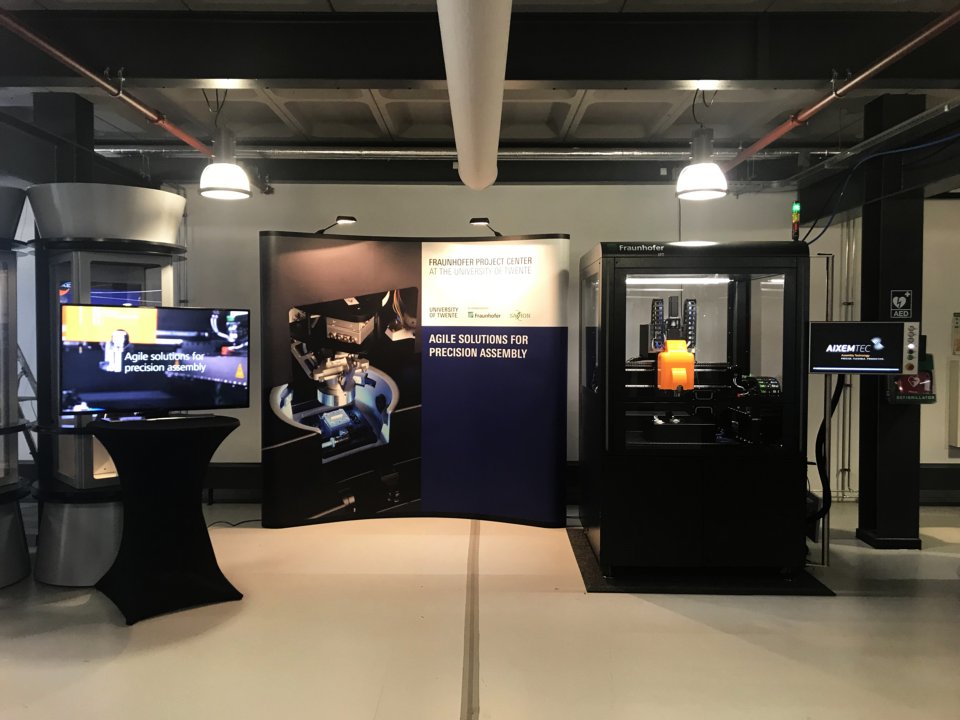