NanoElectronics group member, Dilu Mathew, won the 2018 Metrohm Young Chemist Award for the Benelux region in recognition of his novel research on "highly selective and sensitive detection of DNA for cancer diagnostic applications". Metrohm is a Swiss company started in 1943. As a part of their 75 year jubilee, Metrohm has conducted the Young Chemist Award globally for different regions/countries including the Benelux to honour the spirit of innovation and its potential to shape the world.

The award ceremony of Young Chemist Award-Benelux was held on Wednesday, October 3rd at the World of Technology and Science (WOTS) exhibition in Utrecht, and was hosted by the Royal Netherlands Chemical Society (KNCV). The winner was introduced by Metrohm Applikon CEO, Timoer Frelink, and later Dilu gave a brief presentation about his research for the audience. As the first prize winner of the region, Dilu will be running for the 2018 International Metrohm Young Chemist Award, which will be presented later this year in Herisau, Switzerland. 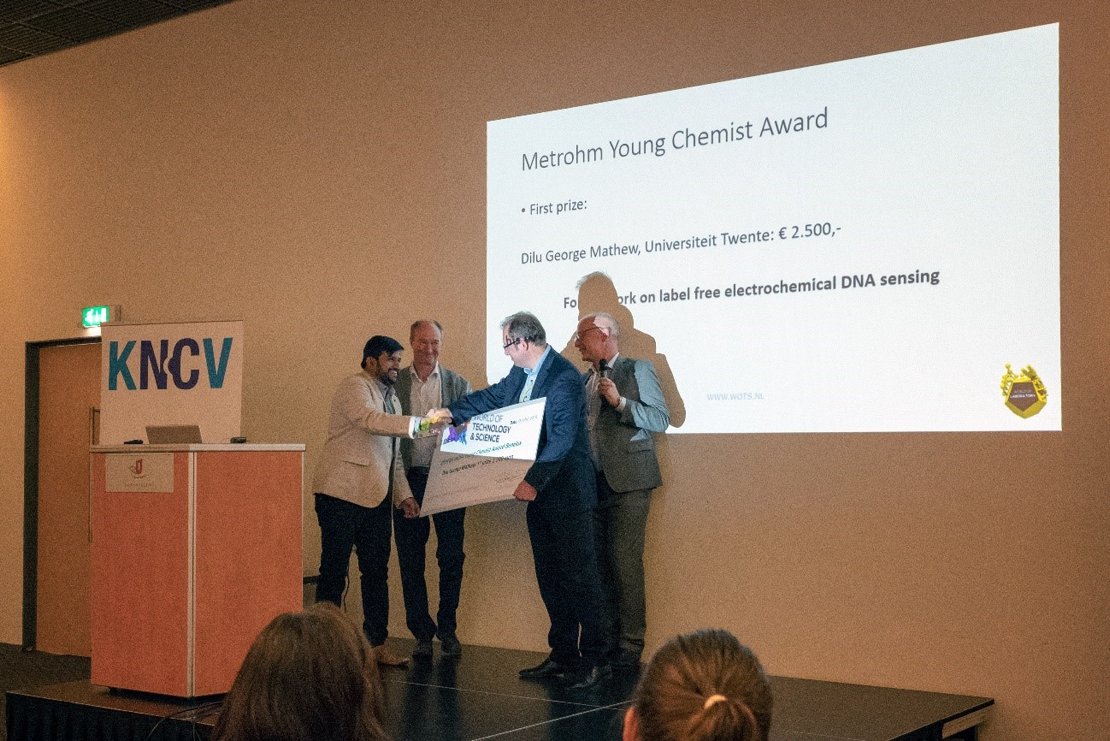