The PhD defence of Norma Contreras Hernandez will take place (partly) online and can be followed by a live stream.

Norma Contreras Hernandez is a PhD student in the Department of Governance and Technology for Sustainability. Supervisor is prof.dr. J.T.A. Bressers and co-supervisor is dr. V.I. Daskalova, both from the Faculty Behavioural Management and Social Sciences (BMS). 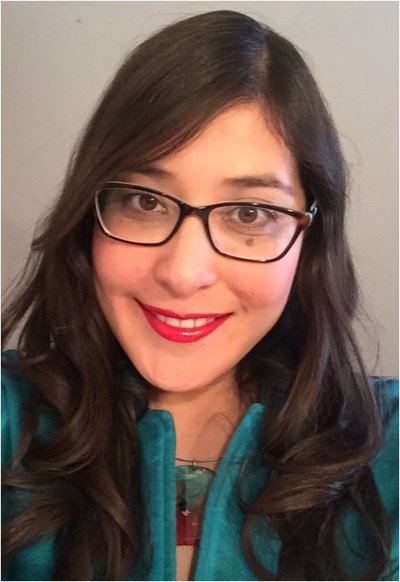 While there are animal rights studies in a wide range of areas, there is a dearth for those concerning public policies. This is especially true in the more developing countries, regions such as Latin America, which is where Mexico is located. This research project addresses this gap by focusing on public animal protection policies in Mexico where animal studies are imperative. According to the Mexican Senate, in 2021 Mexico occupied the third place in cases of animal mistreatment and the first in stray dogs in Latin America.

This study analyzes in-depth the policy process and its actors in 13 cases of municipal regulations in Mexico in order to identify the factors that lead to successful, less successful and unsuccessful outcomes and, ultimately, observe what these mean in terms of social change.

The 13 municipal regulations are located in two eastern neighboring states in Mexico, Puebla (east-center) and Veracruz (east). The regulations selected were the total enacted in both states up to December 2013. These were created with different approaches: the seven in Puebla with a top-down approach and the six in Veracruz with a bottom-up approach.

The study uses the Contextual Interaction Theory (CIT) to guide the analysis of the actor characteristics and the types of interaction. The roles of the actors, their objectives and resources are classified under the Theoretical Framework for Case Study Analysis (TCA). The study also discusses the role of Policy Diffusion in the 13 municipalities, since each of the states, there was a pioneer municipality that inspired the rest. This combined theoretical framework is presented in Chapter 2.

For both the top-down and bottom-up cases (compared in Chapter 20) it holds that when in the formulation phase one or more strategic governmental actors perform as opposers or as gatekeepers and the political support has dwindled, then the presence of at least one positively motivated actor is key in reaching the desired outcome by the promoters or formulators.

In all the cases, where there was some kind of opposition hindering the process, the most motivated actors turned out to be animal advocates. They had, or were able to develop, a good relationship with strategic actors in the government, who could trump over the opposers and gatekeepers’ objectives and, ultimately, were those who approved the regulation and attained its formal publication.

The first phases of implementation witnessed in all of the cases some degree of lack of resources. In cases where positive outcomes were registered with half success and those considered successful, the actors had supportive cognitions; although these could vary between medium-to-high understanding on how to implement the regulation and medium-to-high openness to learn further. What made the difference, as in the formulation phase, were the positive high motivations of the interested actors to further the animal protection cause.

The positive motivations of the actors in the follow-up phases became even more essential for the continuation or development of new animal-friendly actions and, ultimately, score points for social change towards the respect of animals. This can be observed in the successful cases where animal activists collaborated with the government and/or had a big sphere of public influence reflected in the large number of followers on their social media platforms, the increase in the number of ANGOs and the citizens’ participation in their events.

The research shows that in Veracruz, the bottom-up policy process cases, regardless of whether they ultimately succeeded in publishing the regulations, increased people’s awareness in all of the six cases from ‘medium-to-more awareness’. This is as opposed to the top-down approach in Puebla, where three, almost half of the cases, show ‘more awareness’, but two cases present ‘mild awareness’, one ‘neutral awareness’ and one even ‘negative’,

The bottom-up approach in all the Veracruz cases had broader involvement from actors with a genuine interest in animals. They had a high degree of motivation and proposed a wider scope of the regulations to try to protect as many animal species as possible. This resulted in prohibitions on culturally-embedded animal-cruelty practices and, thus, faced more resistance for their approval.

The societal change was more evident in the bottom-up Veracruz cases than in the top-down cases in Puebla, where the regulations were passed for a public health reason and with far less involvement of animal activists. In those cases, the regulation had a narrower scope, which faced less opposition. However, this ‘silent’ process proved to be less effective for social change.

When comparing the cases that scored as successful in both states and with more awareness actions developed, there was a stronger participation by animal activists. This participation helped to spread public awareness and to create or change animal legislation.

In a context of an awakening awareness on animal issues, we may hypothesize that a small scope of the regulations, concentrating on human health issues and less broad involvement of actors might lead to an easier process. But such relatively ‘easy’ process provokes less debate in society and is likely to have less impact on social change.

Likewise, top-down initiatives and rather ‘noiseless’ processes leading to a regulation, prove to be more easily neglected later. That is not to say that the wider scope and broader involvement of groups and public in the Veracruz cases has been a recipe for complete success. However, the follow-up shows that social change has been broader. Societal debate, on even failed attempts to achieve regulation, can still contribute to awareness and social change.

The study concludes on the importance of the joint effort between advocates (animal networks) and the government in the creation of legislation as the seedlings to harvest social change to respect animals better. This is likely to be as much a result of the social and political process to establish regulations, as of the regulations themselves. Regulation is not a fixer, but a catalyst and the seedlings of the animal protection movement in Mexico are a testament and a witness to that.

Waaier
Add to your calendaraHGbRdipTzsgMbuxYmdh4912407/07/2022 14:3007/07/2022 15:30Europe/AmsterdamPhD Defence Norma Contreras Hernandez | The seedlings of animal protection in Mexico - The interplay of regulation and social change

The PhD defence of Norma Contreras Hernandez will take place (partly) online and can be followed by a live stream.