I Gusti Ayu Andani is a PhD student at the Centre for Transport Studies (CTS). Her supervisors are prof. dr. ing. K. T. Geurs and dr. L.C. La Paix Puello from the Faculty Engineering Technology (ET). 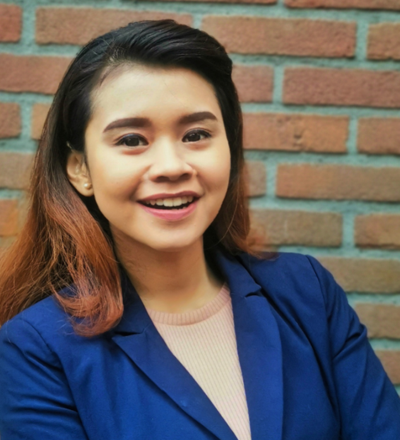 Toll roads are built for various reasons. It can be intended to influence users’ travel behaviour and reduce congestion, or as a way to fund the construction of major highways. Regardless of their objective, toll roads can have a variety of effects, both direct and indirect. In Indonesia, toll roads have been developed following the paradigm of ‘predict and provide’ – that is, the construction of transport infrastructure to meet the demand without considering long run induced demand and supply effects. Furthermore, in practice, equity appraisals also received little attention in transport infrastructure project evaluations. Current transport project appraisals are mostly based on economic appraisals (e.g. cost and benefit analysis) in which there is no particular concern with how the benefits are distributed among individuals or population groups. This thesis, therefore, investigates, on direct and indirect effects of a toll road construction and how these impacts are distributed across population groups and regions.

The case study area, the Jakarta – Bandung region in Indonesia, was chosen as the focus of this study. The two metropolitan cities are connected with the Cipularang toll road, forming the largest urban population in Indonesia. This region takes up a significant position at the national scale. It occupies up less than 1% of the country’s surface area, but 30% of the total length of all national toll roads is located here and 14% of the country’s total population lives in it.

Analysis in this thesis was conducted at the regional and individual level. The analysis of the regional impact (in Chapters 2 and 3 in this thesis) was carried out by GIS spatial analysis and modelling. The analysis of the effects for individuals (in Chapters 4 and 5) is based on a household survey among 1,600 respondents who live in the proximity of the Cipularang toll road. The survey generated stated and revealed preference data on residential location, route and mode choices.

Chapter 3 provides evidence for how the accessibility impacts of the new toll road are actually distributed over the adjacent regions. This was obtained by calculating job accessibility and spatial equity in scenarios with and without toll road. A macroscopic traffic simulation model, the Traffic Analyst ArcGIS extension, was deployed to obtain valid estimates of travel time and generalised cost, taking into account congestion effects. The results revealed that the construction of the Cipularang toll road has reduced travel in the whole region by 13% and potential job accessibility increased by 5%. However, the toll road also increases job competition as more workers can access jobs available in the job-poor area in between Jakarta and Bandung, resulting in a small decrease in the amount of accessible jobs per worker. The results also showed that the construction of the toll road has no impact on spatial equity as measured by the Gini coefficient and Palma ratio.

Chapter 4 investigates the influence of a major toll road construction on residential location preferences in the Jakarta – Bandung region in Indonesia. A hybrid-choice model was developed to model residential location choice, capturing the effects of observed variables, such as socio-economics, travel characteristics, housing characteristics, as well as unobserved variables, which are satisfactions with current neighbourhood and housing.  The results showed that the addition of latent variables, which reflect the satisfaction of individuals’ neighbourhood accessibility, dwelling size and affordability, increases the probability of low-income individuals to move house. Furthermore, high-income population segments are willing to pay higher land taxes to live closer than 5 km to the toll road to capture travel time benefits, whereas other income segments prefer to live beyond 10 km from the toll gates where housing costs tend to be low. Moreover, spatial location components were found to have a relatively strong influence on neighbourhood and housing satisfaction levels compared to socio-economic characteristics.

Chapter 5 provides insight into how variations in Level of Service (LoS) of a toll road, socio-economic attributes and latent factors simultaneously affect residential location, route and mode choices across population segments in the Jakarta – Bandung region in Indonesia. Three discrete choice models were developed based on stated-revealed preference survey on residential location, route and mode choices. Overall, the respondents in the survey prefer toll road options, as also shown by positive attitudes towards the toll road, except for low-income respondents and bus users. Moreover, it is found that self-selection exists between residential location choice and mode-route choice, and it is linked to the distance to the toll gate and frequency of using the toll road. The results also revealed that car users are the most sensitive to increased travel costs and that low-income car users are the most affected with increased travel costs among car users.

As in conclusion (Chapter 6), this thesis provides empirical evidence that a toll road can have direct and indirect effects and that these effects can be distributed unevenly across geographic regions and individuals. This thesis also shows that the construction of a new toll road can have both positive and negative impacts, especially in a region with an imbalanced distribution of activities, an incompletely developed transport system and a high inequality of income.

I Gusti Ayu Andani is a PhD student at the Centre for Transport Studies (CTS). Her supervisors are prof. dr. ing. K. T. Geurs and dr. L.C. La Paix Puello from the Faculty Engineering Technology (ET).