On Monday 31 August, we have opened the Academic Year 2020-2021.
Watch the video
Over the years, you and your colleagues have been working hard to provide the best possible education. For that, we received great recognition in the newest edition of the Keuzegids.
Find out more
The newest Keuzegids hails your university as Best Technical University and awards the Top rated programme title to six study programmes.
Find out more
We are proud of our great score in the Keuzegids Universiteiten, in which we received the title Best Technical University in the Netherlands!
Find out more
For the fourth time in a row, we have been named Most entrepreneurial university in the Netherlands!
Find out more
Previous eventNext event

Ibrahim Bilal is a PhD student in the research group Telecommunication Engineering (TE). His supervisors are prof.dr.ir. F.B.J. Leferink from the Faculty of Electrical Engineering, Mathematics and Computer Science and prof.dr.ir. M.J. Bentum from Eindhoven University of Technology. 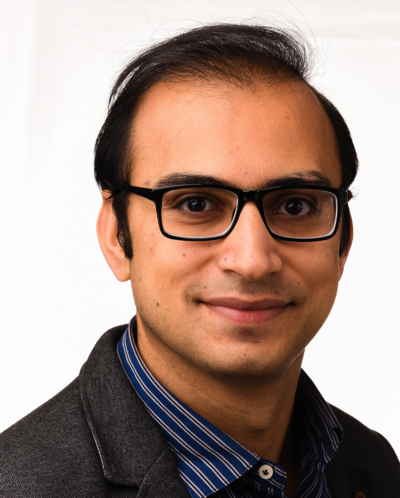 Wireless sensor networks (WSNs) receive huge research interest for a multitude of applications, ranging from remote monitoring applications, such as monitoring of potential forest fires, floods and air pollution, to domestic and industrial monitoring of temperature, humidity, vibration, stress, etc. In the former set of applications, a large number of nodes can be involved which are usually deployed in remote or inaccessible environments. Due to logistic and cost reasons, battery replacement is undesired. Energy-efficient radios are needed, with a power-demand so little that batteries can last the lifetime of the node or that the energy can be harvested from the environment. Coherent direct-sequence spread spectrum (DSSS) based radios are widely employed in monitoring applications, due to their overall resilience to channel impairments and robustness against interference. However, a DSSS rake receiver has stringent requirements on precise synchronization and accurate channel knowledge. To obviate the complexity of a coherent DSSS receiver, particularly for low data rate sensor networks, a DSSS scheme that has fast synchronization and possibly low power consumption, is much desired.

In this regard, this thesis studies a noncoherent DSSS scheme called transmit reference (TR), which promises a simple receiver architecture and fast synchronization. In traditional TR, the modulated information signal is sent along an unmodulated reference signal, with a small time offset between them. In this thesis, we present and investigate a variant of TR, called noise-based frequency offset modulation (N-FOM), which uses pure noise as the spreading signal and a small frequency offset (instead of a time offset) to separate the information and reference signals. The detection is based on correlation of the received signal with a frequency-shifted version of itself, which collects the transmitted energy without compromising the receiver simplicity.

Analytical expressions on performance metrics, supplemented by simulation results, improve understanding of the underlying mechanisms and provide insights into utility of N-FOM in low-power WSNs. In point-to-point line-of-sight (LOS) communication, it was observed that the communication scheme has a  minimal utility. The energy-detector type of receiver mixes all in-band signals, which magnifies the overall noise. Particularly, the self-mixing of the transmitted signal also elevates the noise level, which increases with a further increase in the received signal energy. Therefore, for a fixed set of system parameters, the performance attains an asymptote with increasing transmission power. The phenomenon also establishes a non-monotonic relation between performance and the spreading factor. It was observed that a higher spreading factor in N-FOM is beneficial only in a high-SNR regime.

The N-FOM LOS link model is extended to assess the performance degradation due to interference. Performance metrics are derived which quantify the effects of multiple-user interference, as well as that from external interferers, such as WiFi. Since the correlation operation mixes all in-band signals, the total interfering entities are quadratically increased. The research shows the vulnerability of N-FOM to interference, which makes it optimistic to operate in a crowded shared spectrum (such as the ISM 2.4\,GHz band). We also observe an upper limit on the number of mutually interfering links in a multiple access (MA) network, that can be established with an acceptable quality.

The scheme is further investigated for its resilience against impairments introduced by a dense multipath environment. It is observed that despite the noise enhancement, the N-FOM system performs reasonably well in a non-line-of-sight (NLOS) communication. The detection mechanism exploits the multipath channel diversity and leads to an improved performance in a rich scattering environment. An analytical expression for outage probability is also derived. The results indicate that a healthy N-FOM link with very low outage probability can be established at a nominal value of the received bit SNR. It is also found that the choice of the frequency offset is central to the system design. Due to multiple practical implications associated with this parameter, the maximum data rate and the number of usable frequency offsets are limited, particularly in a MA NLOS communication scenario. The analysis evolves into a rule-of-thumb criterion for the data rate and the frequency offset.

It is deduced that, due to its limited capability to coexist in a shared spectrum, N-FOM is not a replacement for coherent DSSS systems. The scheme is mainly suited to a low data rate network with low overall traffic, operating in an interference-free rich scattering environment. Such a niche of sensor applications could benefit from N-FOM where the design goal requires a simple detection mechanism and immunity to multipath fading.

Ibrahim Bilal is a PhD student in the research group Telecommunication Engineering (TE). His supervisors are prof.dr.ir. F.B.J. Leferink from the Faculty of Electrical Engineering, Mathematics and Computer Science and prof.dr.ir. M.J. Bentum from Eindhoven University of Technology.