Games for the Optimal Deployment of Security Forces

Corine Laan is a PhD student in the Stochastic Operations Research group (SOR). Her supervisor is prof.dr. R.J. Boucherie from the Faculty of Electrical Engineering, Mathematics and Computer Science. 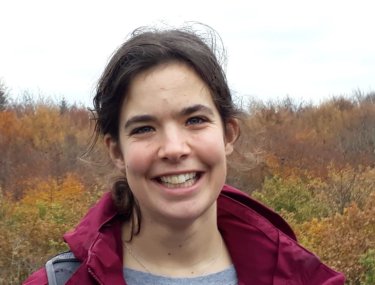 In this thesis, we develop mathematical models for the optimal deployment of security forces addressing two main challenges: adaptive behavior of the adversary and uncertainty in the model. We address several security applications and modeling them as agent-intruder games. The agent represents the security forces which can be the coast guard, airport control or military assets, while the intruder represents the agent's adversary such as illegal fishermen, terrorists or enemy submarines.

To determine the optimal agent's deployment strategy, we assume that we deal with an intelligent intruder. This means that the intruder is able to deduce the strategy of the agent. To take this into account, for example by using randomized strategies, we use game theoretical models which are developed to model situations in which two or more players interact. Additionally, uncertainty may arise at several aspects. For example, there might be uncertainty in sensor observations, risk levels of certain areas, or travel times. We address this uncertainty by combining game theoretical models with stochastic modeling, such as queueing theory, Bayesian beliefs, and stochastic game theory.

This thesis consists of three parts. In the first part, we introduce two game theoretical models on a network of queues. First, we develop an interdiction game on a network of queues where the intruder enters the network as a regular customer and aims to route to a target node. The agent is modeled as a negative customer which can inspect the queues and remove intruders. By modeling this as a queueing network, stochastic arrivals and travel times can be taken into account. The second model considers a non-cooperative game on a queueing network where multiple players decide on a route that minimizes their sojourn time. We discuss existence of pure Nash equilibria for games with continuous and discrete strategy space and describe how such equilibria can be found.

The second part of this thesis considers dynamic games in which information that becomes available during the game plays a role. First, we consider partially observable agent-intruder games (POAIGs). In these types of games, both the agent and the intruder do not have full information about the state space. However, they partially observe the state space, for example by using sensors. We prove the existence of approximate Nash equilibria for POAIGs with an infinite time horizon and provide methods to find (approximate) solutions for both POAIGs with a finite time horizon and POAIGs with an infinite time horizon. Second, we consider anti-submarine warfare operations with time dependent strategies where parts of the agent's strategy becomes available to the intruder during the game. The intruder represents an enemy submarine which aims to attack a high value unit. The agent is trying to prevent this by the deployment of both frigates and helicopters.

In the last part of this thesis we discuss games with restrictions on the agent's strategy. We consider a special case of security games dealing with the protection of large areas for a given planning period. An intruder decides on which cell to attack and an agent selects a patrol route visiting multiple cells from a finite set of patrol routes, such that some given operational conditions on the agent's mobility are met. First, this problem is modeled as a two-player zero-sum game with probabilistic constraints such that the operational conditions are met with high probability. Second, we develop a dynamic variant of this game by using stochastic games. This ensures that strategies are constructed that consider both past actions and expected future risk levels. In the last chapter, we consider Stackelberg security games with a large number of pure strategies. In order to construct operationalizable strategies we limit the number of pure strategies that is allowed in the optimal mixed strategy of the agent. We investigate the cost of these restrictions by introducing the price of usability and develop algorithmic approaches to calculate such strategies efficiently.

Corine Laan is a PhD student in the Stochastic Operations Research group (SOR). Her supervisor is prof.dr. R.J. Boucherie from the Faculty of Electrical Engineering, Mathematics and Computer Science.