Joost van den Akker is a PhD student in the department of Public Administration (PA). His supervisor is prof.dr. C.W.A.M. Aarts from the faculty of Behavioural, Management and Social sciences (BMS). 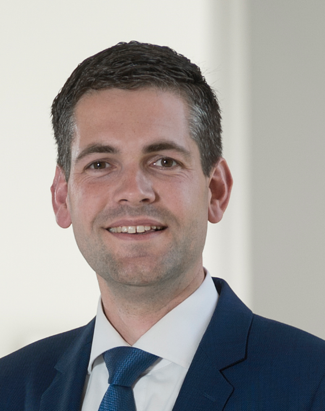 Referendums on European integration play a prominent role in the decision-making processes in current European democracies. Between 1972 and 2016, 61 EU-related referendums took place across 28 countries. The real breakthrough of the EU referendum occurred after the foundation of the European Union in 1992, after which three-quarters of the votes took place. The fact that in 46 out of 61 referendums the government won, demonstrates that overall governments have been quite successful in securing popular support for their EU policies. Within the increasing amount of literature on EU-related referendums, however, it has hardly been researched why governments sometimes win or lose. Therefore, the main research question this study addresses is: Under which conditions do governments win EU-related referendums? Moreover, it is not clear if, how and why national governments have initiated such referendums, and how governments coped with defeated referendums. The so far ‘permissive consensus’ on European integration turned into a ‘constraining dissensus’ after the Danish ‘No’ to the Maastricht Treaty. This dissensus became most visible in referendums by which a majority of voters rejected the European policy as proposed by the government. In this way, the referendum has become a constraining device. Citizens in Norway and lastly in the UK have rejected membership of the EU, Swiss citizens rejected to join the European Economic Area, while and Danes and Swedes have prevented their countries to join the Eurozone. Citizens in France and The Netherlands blocked the completion of the ratification process of the Constitutional Treaty, while a majority of voters in Denmark and Ireland delayed the ratification process of the Treaties of Maastricht, Nice and Lisbon, respectively. More recently Greek and Hungarian voters expressed their dissent with the EU’s proposed policies on the Eurozone and resettlement of migrants. Hence, the main research question is accompanied by two related questions: why do EU-related referendums take place and, how do governments deal with inconvenient referendum outcomes?

The entrance of referendums on European integration since 1972 should be located in the history of referendums in European countries covering more than two centuries. Since the French revolution of 1789, referendums have been introduced in Europe for three main reasons. First, referendums were called by (authoritarian) leaders in order to provide legitimacy to the decisions and constitutions of their regimes. Second, referendums were used to enforce the independence of new states. Third, referendums were introduced in many European states’ new constitutional systems in response to the demand for more direct democratic participation by citizens. In all these states, even in Switzerland, the referendum is embedded in a representative system. Finally, the evolution of the European Union added a new dimension to the demand for referendums in European countries. The increasing transfer of powers from the member states to the EU implied that more frequently direct democratic decision-making was legally required or politically desired to legitimize this pooling of sovereignty.

An overview and analysis provide in which countries EU-related referendums can be held, have been held, on what issues, and for which reasons they were triggered.

First, the framework of referendum legislation across European democracies in the context of EU matters between 1970 and 2016 is analysed, unfolding the potential for EU-related referendums across Europe. A ‘referendum trigger model’ shows who can initiate referendums, distinguishing between mandatory and optional referendums. When comparing 43 current European democratic states, 39 countries provide regulations for referendums on European integration. 19 countries require mandatory referendums in case of constitutional amendments, and 11 countries do so in case of any (future) transfer of powers to or membership of international organisations such as the EU. In a handful of countries, the government can autonomously trigger an optional referendum. More often they are dependent on parliamentary approval and hence parliaments have much more opportunities to trigger EU-related referendums. To a lesser extent citizens can enforce popular initiatives.

Second, an inventory is made of which mandatory and optional referendums have been held and why. It could be that referendums are triggered by constitutional amendment, or that they are legally required due to a missing parliamentary majority. Alternatively the vote could have been triggered by governments to reinforce their power, to circumvent an opposing parliamentary majority, to underline the importance of the issue, and to resolve rifts within the government or within the governing parties. Also, parliaments could trigger referendums for reasons of appropriateness or for mediating motives. Finally, citizens can trigger a referendum on EU issues to either set the agenda or to recall a decision already taken by political elites. The analysis shows that 19 of the 61 EU-related referendums were mandatory, and 42 were optional. Actually, half of all the EU-related referendums took place in only four countries: Switzerland (11), Ireland (9), Denmark (8) and France (3), as indicated in Figure S.1.

The analysis reveals that governments won 46 out of 61 EU-related referendums. In order to understand why citizens support or reject European integration, scholars have been investigating referendum campaigns and factors that influence individual voting behaviour. While individual preferences may explain the effects of certain individual level causes, they do not explain the causes of an effect. Instead, this study takes another approach in order to explain referendum outcomes by means of reasoned policy-related variables on the aggregate level. These explanatory patterns are to be inferred by the method and technique of fuzzy-set Qualitative Comparative Analysis (fsQCA). This method allows for the comparison of many cases and looks for combinations of conditions (i.e. factors) causing the outcome. It explores socio-economic and political-institutional conditions of variation across European democratic countries and examines the government’s success. Four aggregate political-institutional conditions (majority government, elite consensus, recent elections, and offensive referendum strategy), and two socio-economic conditions (economic prosperity, becoming an EU net recipient) have been identified that could explain government victory. Within the population of cases, three types of EU-related referendums are distinguished: membership referendums, treaty referendums and policy referendums. This typology is well applicable in the framework of this study, because the distinction proves to be a meaningful contextual mediator which entails the different nature of the question that is at stake. The type of referendum matters in relation to the factors contributing to a successful referendum outcome. The fsQCA analyses could correctly explain 44 out of 46 government victories and 14 out of 15 government defeats. It is shown that when the economy is booming and the government has a unified majority in parliament, governments almost always win. If the economy is deteriorating, however, the government only wins if it is only recently in office and backed by a wide consensus among elites. A unified majority government and economic development are the main drivers for winning referendums. The government hardly wins if both factors are absent. Hence, governments can utilise times of economic prosperity and political stability when holding referendums. When ratifying comprehensive EU treaties, an offensive referendum strategy by the government proves to be necessary to win, in most cases combined with economic prosperity. This implies that if the government is in a defensive position to hold a referendum on the ratification of such a treaty, it can hardly win. The analysis of governments which lost referendums reveals that membership referendums are defeated when they feature the combination of a minority government which has been long in office, choosing a defensive referendum strategy and not being a prospective EU net recipient. Governments which have been long in office tend to lose treaty referendums in times of economic downturn. The reasons for losing policy referendums are less clear-cut and feature a defensive referendum strategy and elite polarisation, either in combination with a minority government, or in combination with economic downturn and a government whose honeymoon is over. In sum, the analyses show that the high number of government successes (3/4) is strongly related to institutional advantages that governments possess over the opposition, in terms of their majority government, elite consensus and the time that they have been in office.

How should a government deal with a defeated referendum? Although it seems that each overruled government had to invent its way out, a comparison of these 15 inconvenient referendum outcomes reveals that four main strategies have been followed. A first strategy is to accept the outcome. This strategy can take three forms: retaining the status quo, adaptation or renegotiation. For instance, the ratification failure of the Constitutional Treaty of 2005 resulted in the renegotiated Lisbon Treaty. A second strategy is to interpret the outcome, when there is no consensus how the referendum result should be implemented. There are no ‘contingency plans’ available and straight implementation or retaining the status quo would have serious consequences both for the EU and the country involved. Instead, such a situation demands creative interpretation skills from the government, as have been applied after the Brexit vote and the Dutch referendum on the EU-Ukraine Association Agreement in 2016. The third strategy is to circumvent the outcome by means of a second referendum on the issue, as was practiced after the Danish No to the Maastricht Treaty in 1992 and the Irish No to the Nice and Lisbon Treaties in 2001 and 2008. External pressures to hold such a second referendum to complete the treaty’s ratification process, made that the first referendum proved less finally binding than it initially seemed. A fourth strategy to neglect the outcome was only deployed in Hungary’s 2016 referendum on the EU’s resettlement quota of migrants. The four strategies demonstrate that governments have been able to skillfully cope with inconvenient referendum outcomes. Referendums results are not irreversibly set once and for all.

Joost van den Akker is a PhD student in the department of Public Administration (PA). His supervisor is prof.dr. C.W.A.M. Aarts from the faculty of Behavioural, Management and Social sciences (BMS).