Annemieke Konijnendijk is a PhD student in the research groups Public Administration, and Health Technology and Services Research (HTSR). Her supervisors are Professor Ariana Need and dr. Magda Boere-Boonekamp from the Faculty of Behavioural, Management and Social Sciences. Since 2015, she has been working in the research group HTSR as a researcher. 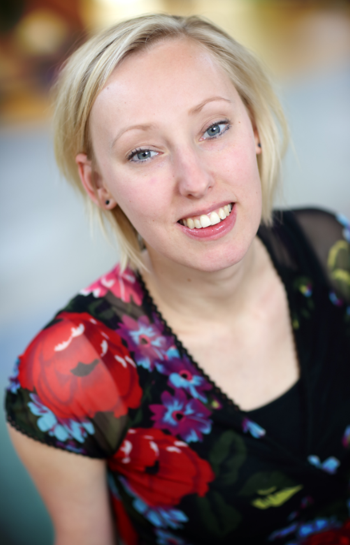 Child maltreatment, i.e. physical and emotional abuse and neglect, sexual abuse and witnessing domestic violence, remains a major social problem across the world. In 2010, approximately 3.4% of all Dutch children were victim of maltreatment. Experiencing child abuse and neglect has been associated with various negative outcomes on the short and long term, including physiological disorders and behavioural problems. Next to personal suffering, these problems are also reflected in high costs for society due to for example health service utilisation. Increased knowledge about the high prevalence and negative consequences of child abuse and neglect has increased strongly in the last two decades. Furthermore, child maltreatment is no longer seen as a private matter ‘behind the front door’. These developments have raised politicians’ attention for the preventability of the problem, especially in the last two decades. As the prevalence of child abuse and neglect has not declined between 2005 and 2010 despite many initiatives, further investments in research and policy are needed to prevent and end child abuse and neglect.

As parents and children who experience maltreatment often do not seek help themselves, governments across the world nowadays strongly appeal to professionals who work with children and families, to address suspected child abuse and neglect. To enable and stimulate these professionals’ response to concerns about possible child abuse and neglect, governments across the world documented professionals’ roles, responsibilities, and instructions in policies and laws on how to respond to suspicions. In the Netherlands, child-serving professionals are legally required to take specific steps when concerns about a child’s safety arise since 2013.

Especially physicians and nurses working in preventive child healthcare have a key role in the early detection of children who are (at risk of being) exposed to abuse and neglect (secondary prevention). They have frequent contact with children and parents, and are educated to identify risks and problems in the health and social development of children. In 2010, a new national guideline specifically for preventive child healthcare professionals was issued to support professionals’ decision-making when they suspect child abuse or neglect.

Chapter 2 describes the results of a focus group study performed within one large preventive child health care organisation. The study was conducted to assess what factors facilitate and impede preventive child healthcare professionals’ adherence to the guideline on the prevention of child abuse and neglect. The results indicate that a broad variety of factors may influence preventive child healthcare professionals’ (non-)adherence to the guideline. In total, 24 factors were identified. Familiarity with the content of the guideline, a supportive working environment and good inter-organisational cooperation were mentioned as facilitating factors in all three focus group sessions or by at least seven out of the fourteen participants. Impeding factors included lack of willingness of caregivers to cooperate, low perceived self-efficacy (people’s belief about their capabilities to perform guideline activities) and poor inter-organisational cooperation. It was concluded form this study that efforts to improve implementation of the guideline should focus on improving familiarity with their contents, enhancing self-efficacy, promoting in-house expert consultation, supporting professionals in dealing with uncooperative parents, and improving inter-agency cooperation.

Chapter 3 presents the results of a survey study into factors associated with overall adherence to the guideline on the prevention of child abuse and neglect. The study was performed in 17 preventive child healthcare organisations among physicians and nurses. The results showed that self-reported rates of full adherence of a guideline recommendation, i.e. performance of a key guideline activity in all their suspected cases over the previous 12 months, of in total 164 professionals was generally poor. The percentage of respondent who performed an activity in all their suspected cases varied between 19.5% (consulting the advice and reporting centre) and 42.7% (acting: providing support, referring the family for support or reporting suspicions to the Advice and Reporting Centre). A stronger habit to use the guideline was the only determinant associated with higher adherence rates in the multivariate analysis. The conclusion of this study was that preventive child healthcare professionals did not always perform key guideline activities, although most of them were aware of the guideline and its content and generally held positive attitudes and beliefs about the guideline and its use. To increase adherence, tailored interventions should primarily focus on enhancing habit strength.

Chapter 5 presents the results of a survey study among various types of professionals working within the same moderately sized municipality (Almelo) who have contact with children during their work. The aim of this study was to assess preferences and experiences of various types of professionals, for example preventive child healthcare professionals, obstetricians and nursery school teachers, with consultation of professionals from other organisations involved with the child or its family to assess suspicions of child abuse and neglect. This study showed that 55 of the 78 respondents (71%) had the intention to seek inter-organisational consultation to assess suspicions of child abuse and neglect based on the fictional case description. Thirteen (57%) of the remaining 23 participants stated that they would first undertake other activities before seeking inter-organisational consultation. In total, ten different types of organisation were mentioned that respondents prefer to consult. The most frequently mentioned organisation was preventive child healthcare. Despite the intensive involvement of maternity care in the case, virtually no professionals intended to consult this organisation type. The analysis of experiences with inter-organisational consultation revealed 12 factors, mainly facilitators. The three factors that were identified most often as a facilitating factor included ‘the degree of support or assistance received by the respondent from a consultee’, ‘the extent to which the consulter expects that the consultee will undertake action’, and ‘the way in which the respondent experiences the reaction after consultation (e.g. taken seriously, commitment) by consultees’. Barriers were found in relation to 12 factors, but no specific barrier(s) stood out.

Chapter 6 describes the results of a community-based intervention trial to study the effects of a computerised guideline support tool on child healthcare professionals’ guideline adherence and time spent on seeking information presented in the guideline on the prevention of child abuse and neglect. The study was performed in one large child healthcare organisation in the Netherlands. For the purpose of this study, all 168 child healthcare physicians and nurses were allocated to one of two groups. The intervention group were instructed to use the support tool, while the control group did not receive any instructions. Two methods were used: a self-report survey and record analysis.

The study findings presented in this thesis offer multiple directions to better safeguard children in the future. The outcomes regarding factors affecting professionals’ response to suspicions of child abuse and neglect provide strategies for individual organisations to focus their implementation activities on specific modifiable factors, to help professionals’ overcome their barriers to respond to possible child abuse and neglect.

Next to these recommendations for practice, multiple directions for policy are provided. Child-serving organisations should be more strongly motivated to appoint in-house child abuse and neglect experts, ánd to provide them with enough preconditions to fulfil their role adequately, including sufficient time for consultation, training and time to report to boards. As legislation can be an important tool in standardising practices, and to provide every Dutch child-serving professional with the opportunity to consult an expert in their organisation, it is recommended to oblige organisations that fall under the Mandatory Reporting Code Domestic Violence and Child Abuse Act to appoint at least one trained in-house expert. Furthermore, the Health and Youth Care Inspectorate could put more emphasis on this activity by including it as one of the focus points in their supervisions. Furthermore, future efforts to safeguard children should focus on strengthening relationships between individual professionals that work with the same children and families, for example by structural meetings between child-serving organisations regarding the prevention of child abuse and neglect. Also, it is recommended that maternity care organisations position themselves as a valuable source of client information when young infants are involved.

Several suggestions are provided for future research. As the effects of the computerised guideline support tool on guideline adherence were inconclusive, further research could investigate other aspects of the tool. For example, the tool provided clear instructions on how to register suspicions of abuse and neglect in the electronic child health record. Further research could focus on if and how a computerised guideline support tool can contribute to more uniform registrations. Also, new research could study how preventive child healthcare professionals’ experience the various components of the tool. Furthermore, the developments regarding technology to improve the quality and safety of health care provide new and promising opportunities for the future of safeguarding children.

Annemieke Konijnendijk is a PhD student in the research groups Public Administration, and Health Technology and Services Research (HTSR). Her supervisors are Professor Ariana Need and dr. Magda Boere-Boonekamp from the Faculty of Behavioural, Management and Social Sciences. Since 2015, she has been working in the research group HTSR as a researcher.