Over the years, you and your colleagues have been working hard to provide the best possible education. For that, we received great recognition in the newest edition of the Keuzegids.
Find out more
The newest Keuzegids hails your university as Best Technical University and awards the Top rated programme title to six study programmes.
Find out more
We are proud of our great score in the Keuzegids Universiteiten, in which we received the title Best Technical University in the Netherlands!
Find out more
For the fourth time in a row, we have been named Most entrepreneurial university in the Netherlands!
Find out more
Previous eventNext event

How do you know? Everyday negotiations of expert authority

Wytske Versteeg is a PhD student in the Department of Philosophy. Her supervisor is prof.dr. H.F.M. te Molder from the Faculty of Behavioural, Management and Social sciences (BMS). 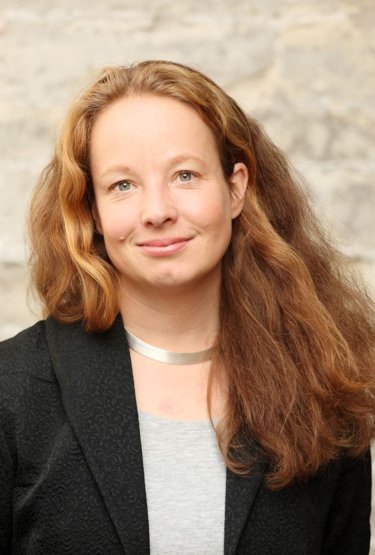 News headlines often argue that science has become just another opinion, that truth has died or that we have given up on facts. I employed Discursive Psychology and Conversation Analysis in order to investigate this claim, analysing a corpus of health-related radio phone-in conversations, online conversations and coaching sessions. I studied interactions about ADHD (Attention Deficit Hyperactivity Disorder) as an example of a controversial field to which both experiential and scientific knowledge claims are highly relevant. As my interest lies in the negotiation of expertise, rather than in ADHD as such, I compared the negotiations of expertise in the interactions about ADHD with those in conversations focusing on vaccination, aspartame, diabetes and ALS.
I found that lay interactants collectively protect the symbols of science, even if their interpretation of what constitutes a scientific method is not necessarily correct. Speakers take care so as not to be seen as gullible or naive and to build a critical identity. Both claiming scientific or factual expertise and disputing its authority when offered by others are an essential part of this. What, at first sight, seems to indicate pure disregard for science often turns out to be an attempt to take a more scientific attitude.
What is more, speakers' treatment of scientific expertise cannot be understood without taking the identity and accountability concerns into account that are relevant to the knowledge field in question. Because of this, one should be careful when speaking about the waxing or waning authority of scientific expertise in general.

The findings of this thesis, on which I elaborate below, have theoretical and practical implications for the understandings of expertise negotiations in present day society. Conversation analysis (CA) makes visible how members of the public, rather than forming a unified bloc against scientific expertise, hold each other accountable for following largely implicit moral rules (what constitutes good motherhood, good patienthood, responsible behaviour). The argument that negotiations of knowledge are tightly intertwined with the establishment of collective moralities is hardly new, but CA is uniquely capable of fleshing out exactly how this intertwinement works in interaction. Its focus on the sequentiality of everyday interactions helps to understand what else may be at stake than knowledge as such and can thus contribute to more insight as to why claims to expertise are sometimes resisted, at other times unquestioningly accepted and at still other times wholeheartedly embraced.

If, as the current research suggests, it is important to interactants to demonstrate their critical attitude so as to show themselves not gullible or naive, this is likely to have consequences for the way in which they receive and respond to information. Whereas science communicators typically see distrust in science as the problem, interactants themselves treat being (seen as) trusting as the main interactional problem. An increased awareness that it is often an important identity concern for interactants to position themselves as epistemologically vigilant might contribute to the quality of science-society interactions.
Based on the research conducted in this thesis, I would argue that science has not become just another opinion and that 'we' have not given up on facts. On the contrary; it seems as if we are lacking a language to discuss what matters, other than by disputing offered facts and claims to expertise, which frequently results in a race focused on appearing 'more scientific than thou'. I suggest that we stop deploring science’s alleged demotion to merely an opinion, and start wondering how we can solve - or even just discuss - the pressing problems of our time in a way that leaves room for other languages than science as we know it. Rather than lamenting the death of truth, we should (re)consider the consequences of our necessarily incomplete grasp of it.

Cases and findings
In order to analyse how interactants dispute claims to expertise, I conducted a study of Dutch and British radio phone-ins focusing on ADHD and vaccination (chapter 2). The radio phone-in is an interesting environment for this type of research questions, because it presents an extreme case in which one would expect experience to be prioritised. I found that, whereas interactants can dispute the authority of both scientific and experiential claims to expertise, this interactional challenge is built in different ways. When disputing expertise offered in the form of personal experience, recipients can challenge its relevance, by treating the experience as mere belief. When disputing expertise offered in the form of scientific knowledge, recipients do not challenge the relevance of scientific knowledge, but on the contrary carefully patrol the borders of 'real' science and who is allowed to speak for it. Lay interactants collectively protect the symbols of science, even if their interpretation of what constitutes a scientific method is not necessarily correct.
The thesis contains a second example of a seemingly anti-scientific environment: an analysis of instances in which interactants use the idiomatic expression of ‘listening to the body’. Speakers in online discussions about ADHD and aspartame (chapter 3) contrast the allegedly untainted information as provided by the body with ‘blindly following’ certified science. They employ the idiomatic expression of ‘listening to the body’ to demonstrate their vigilance with regard to health information. By treating information provided by their body as trustworthy but difficult to obtain, and by contrasting this with the allegedly corrupted information derived from factual sources, speakers position themselves as rational individuals who put effort into their health. What, at first sight, seems to indicate pure disregard for science turns out to be an attempt to take a more scientific attitude. As in the case mentioned above, this attempt to following a scientific method is not necessarily successful. But that does not change the importance of what is at stake for interactants; the recognition of their efforts to take active care of their health, the fulfilment of the moral imperative to become informed, and ultimately their identity as a rational individual.

I conducted a comparative study of online interactions between patients suffering from, respectively, ADHD, diabetes and ALS (chapter 5). This comparison showed that the various patient groups each took a different stance towards expertise, depending on what was at stake for their particular disease. Diabetes patients – who are held and hold each other accountable for following a strict regimen - are much more critical about the ability of certified experts to grasp their lived reality. Patients suffering from ALS - who are held and hold each other accountable for thinking positive, an aspect of which consists of ‘doing one’s own research’ - uphold the status of certified experts as the last ones to offer them hope in the form of trials and experimental treatment. Paradoxically, the ADHD patients in this corpus tend to underline the serious nature of their disease – pointing, for instance, to the need for medication - whereas the interaction between ALS patients hardly allows for complaints.  I conclude that speakers' treatment of scientific expertise cannot be understood without taking the identity and accountability concerns into account that are relevant to the knowledge field in question. Because of this, one should be careful when speaking about the waxing or waning authority of scientific expertise in general.

This thesis focuses on interactions about ADHD as example of a knowledge field where the negotiation of claims to expertise has important consequences for the understanding of the self. For patients, a diagnosis of ADHD typically provides an account for behavioural patterns that are otherwise difficult to explain (the most obvious illustration thereof are statements like: “I used to think I was lazy/stupid, but now I know I have ADHD”). Yet this account remains precarious, given the controversies surrounding the disorder and its associated use of medication. In the interactions I have studied, I found several ways in which patients with ADHD, or their parents, try to stabilize the account of their (child’s) disease in interaction.

First, as indicated above, the interaction between ADHD patients typically adheres to the authority of certified experts, because these health professionals act as gatekeepers to the disease, classifying their problems as doctorable by diagnosing it as ADHD.

Second, ADHD patients treat individual decisions regarding the disease as having collective consequences. When, as shown in the comparative case study (chapter 5), a patient decides to stop using medication and tells about this on an online forum, the recipients treat this as a form of irresponsible patienthood, which has relevance for their own life with this disorder. Ironically, a diagnosis which provides an account for an individual’s trouble to fit into a collective system (school, work), thus becomes a collective responsibility to uphold.

Third, and this is related to the first point, interactants carefully tailor the knowledge they claim. Building on a corpus of British radio phone-ins, I found that mothers of children with ADHD typically claim knowledge about their children’s good intentions, but not about the ‘ADHD-ness’ of their conduct (chapter 6). As soon as the child’s problematic behaviour is treated as something that can be observed from the outside and sufficiently understood to be described by their mother, it becomes vulnerable to being formulated as ‘normal disobedience’. In this way, claiming no or insufficient knowledge – thus upholding the expertise of someone else - can be just as important to build an account or an identity as the claim to expertise is.

Throughout the various case studies, speakers take care so as not to be seen as gullible or naive and to build a critical identity. Both claiming scientific or factual expertise and disputing its authority when offered by others are an essential part of this. In the comparative study between ADHD, ALS and diabetes patients (chapter 5), ALS patients provide an account if they do not do enough research into their disease, suggesting that it would be ‘normal’ or expected to do this. In the analysis of the idiomatic expression ‘listening to the body’ (chapter 3), interactants use the device to transform their personal health choices into advice that does not need to be supported by factual or scientific sources. Here, too, speakers provide an account for not basing their choice on a scientific study, suggesting that that would be the normal procedure. In the negotiations of claims to expertise in radio phone-ins (chapter 2), speakers treat it as an interactional challenge when they are said to ‘believe’ in something, and claim knowledge instead. In short, throughout the empirical cases, interactants work to follow what Hobson-West (2007) has aptly termed the ‘moral imperative to become informed’.

The findings from the final case study, based on recordings conducted in a Dutch ADHD coaching centre (chapter 4), are an interesting contrast with this almost ubiquitous disputation of expertise. Coaches employ ‘my side empathy formulations’ to further a conceptualisation which is often at odds with their clients’ view. In order to pursue this potentially controversial, agency-oriented coaching agenda, they present their own bodily sensations as indicative of their client’s inner state, literally keeping their knowledge claims close to themselves. While they do draw on neurological knowledge, their careful avoidance to claims of exceptional expertise helps them to achieve their interactional goals.

Wytske Versteeg is a PhD student in the Department of Philosophy. Her supervisor is prof.dr. H.F.M. te Molder from the Faculty of Behavioural, Management and Social sciences (BMS).