analytical method development to predict the in-rubber dispersibility of silica

Fabian Grunert is a PhD student in the research group Elastomer Technology and Engineering (ETE). His supervisor is prof.dr. A. Blume from the Faculty of Engineering Technology (ET). 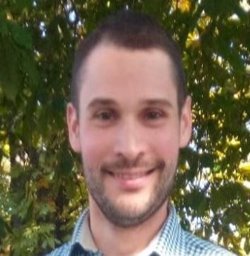 Nowadays, precipitated silica in combination with bi-functional organosilanes are one of the most important fillers for passenger car tire tread compounds. This filler system leads, in combination with a special polymer system, to a better wet traction and lower rolling resistance in comparison to carbon black filled treads. However, the challenge is to reach a sufficient abrasion resistance as well. Therefore, a good dispersion and distribution of the silica in the rubber matrix is required. The filler itself has a great impact on the in-rubber dispersion quality. To support the development of new tailor-made highly dispersible silica it is crucial to be aware of the typical analytical silica parameters and their impact on the dispersibility. The specific surface area (SSA) of silica for example influences the filler-filler, the polymer-filler interaction and therefore the in-rubber dispersion quality. However, up to now, no direct correlation between one single analytical parameter like the SSA and the dispersion behavior of the silica is known.

The final goal of this thesis therefore was to predict the dispersibility of silica by means of one new single analytical parameter. To achieve this objective, three different analytical methods to characterize precipitated silica for tire tread applications were developed and evaluated for their suitability. Finally, a correlation analysis between analytical parameters of silica, the already known and the newly developed ones, and their effect on in-rubber properties was carried out. To evaluate the dispersibility of different types of silica, it was essential to use an identical formulation and an identical mixing process. A variety of silica with different analytical parameters were investigated and their effect on in-rubber properties, especially the macro-dispersion quality, within different compounds was evaluated.

A second attempt was to transfer the dispersion process into the laboratory. For this purpose, a solution of silica and demineralized water was treated with ultrasound in order to simulate the dispersion process of silica in rubber. After this preparation, the particle size distribution of the silica in the suspension was measured by the use of a sedimentation analysis. Thereby, particles inside the suspension settles by means of gravity and are detected by an X-ray beam which is partly absorbed by the silica. The lower the amount of residual big particles is, the easier it should be to break down clusters respectively to disperse the silica.

A third approach to predict the in-rubber dispersibility of silica is the use of the in-situ cluster fragmentation. During the measurement a silica sample circulates in a fluid (e.g. water) loop. The suspension passes an ultrasonic device and thereby bigger clusters get fractured into smaller ones. The particle size and distribution are continuously measured over the measurement time via laser diffraction. In this way the decrease of clusters can be recorded over a certain time. The principle idea is that the easiness of the cluster breakage is a measure for the dispersibility of the silica in the rubber matrix.

As a final attempt, a data analyzing model (Partial Least Squares - PLS) was used to check if a combination of different parameters can predict the in-rubber dispersibility more sufficiently. A final equation containing several parameters provides an improved indication compared to the single linear correlation. Especially the outcome of the sedimentation analysis and the in-situ cluster fragmentation are of higher importance for the calculation.

Furthermore, open questions arose from the void volume structure measurement were discussed. This method was originally developed to investigate the structure of carbon black. Due to conspicuous differences between the results of carbon black and silica it was presumed that the structure of both fillers strongly differ from each other and cannot be compared. To confirm differences between both types of filler structures and to investigate changes within the chemistry and morphology of silica during the void volume measurement, X-ray diffraction measurements, FTIR-studies, TEM and SEM images were conducted by measuring selected samples, in the virgin status and after being compressed by the void volume measurement. The final conclusion is that the structure of both types of fillers differ significantly. Carbon Black possesses on the one hand an open fractal structure whereas precipitated rubber silica on the other hand exhibits a dense fractal structure. For the latter a distinction has to be made between the initial structure after production and the in-rubber structure which is build-up during vulcanization by means of bi-functional silanes.

The aim of the present work was to predict the in-rubber dispersibility of silica by means of one single analytical parameter. Therefore, standard analytical parameters of silica as well as parameters obtained by newly developed methods were investigated and correlated to the in-rubber macro-dispersion quality. It turned out that many different factors influence this direct correlation which makes it more difficult to predict the dispersibility sufficiently. By using a data analyzing model, a combination of different analytical parameters could be found which provides an improved indication compared to the single linear correlation. Moreover, by means of the newly developed methods it was possible to get a better insight into the dispersibility of silica and to get a deeper understanding of the morphology of silica.

Fabian Grunert is a PhD student in the research group Elastomer Technology and Engineering (ETE). His supervisor is prof.dr. A. Blume from the Faculty of Engineering Technology (ET).