Play is a powerful means to have an impact on the cognitive, social-emotional, and/or motor skills development. With the introduction of technology new possibilities emerge to provide engaging and entertaining whole-body play activities. Technology mediates the play activities and in this way changes how people play. We can use this to design systems that encourage wanted types of behaviors with technology. 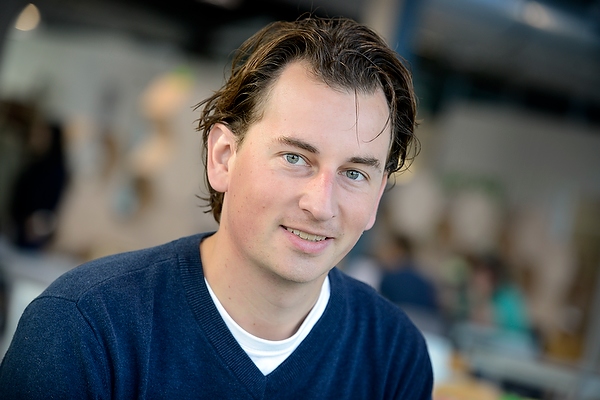 We systematically investigated our new technologically enhanced play applications. In order to play with these applications people had to actively move. We developed several interactive systems, targeting well-founded goals, resulting in the following three systems: 1) an interactive playground platform tracking players and providing an interactive floor projection of about 5 by 5 meters, 2) an interactive ball responding to body movements and sounds with movement, tunes, and lights, and 3) games on an interactive pressure sensitive LED floor. The systems included interactions that targeted to steer the in-game play behavior, the deliberate encouragement of particular types of targeted behavior during game play. We compared the systems and interactions to alternatives, in order to systematically investigate their effects. To indicate our fondness for this comparative approach we named this intervention based play research. For doing this type of research investigations we have often used the beneficial elements of automatic measurement, for which we could build on the earlier work in this project of Alejandro Moreno.

Our investigations showed we can steer interactive play behavior in different ways. We were successful in changing different types of behavior: we balanced a game, changed (in-game) occurring social interactions (picking a next target in a game), increased movement coordination between players, and changed the proxemics of players. We have also used interventions that were either more or less forceful. The way we steered the play differed between the interventions. On the one hand, we steered behavior by forcing game rules upon users that will quite certainly change their play behavior. For instance, creating a game mechanic that makes players score points only when they are staying close to their team mate. On the other hand, we steered behavior in a more subtle way by enticing players. For instance, providing non-functional embellishments for the optional collection of items.

This enticing game mechanic can always be used in parallel to an already existing game. We postulate that this enticing strategy has several benefits. These enticing game mechanics are easier to disentangle from the game they have been designed for, therefore they are easier to transfer to other interactive play systems. They are less forcing, which seems to fit with a more libertarian approach, especially suitable for children. They are placed on top of a game, and therefore can be switched on vi j Summary and off, which makes them suitable to implement as adaptive or adaptable game mechanics. We have included various user groups during our research. This included healthy adults/students, children, gait rehabilitants, and people with Profound Intellectual and Multiple Disabilities (PIMD). We showed several opportunities for creating technologically enhanced play activities by addressing this variety of target groups. The systems were also tested in different contexts and not only created as temporary lab prototypes to do tests with; the systems were demoed at science fairs, we did longer term testing at health care institutions, were part of an exhibition of several months at an art gallery, and even installed a system as a (permanent) daily running installation at our university.

We have seen several reoccurring aspects during our research with different methods, contexts, user groups, and targeted effects. These have led us to several insights. Personalization—in the form of adapting the input and the feedback to the capabilities and preferences of users—is often appreciated by both clients and professionals, and might further the effectiveness of reaching goals. Personalization is even more important when the target group and/or the targeted goals are heterogeneous. An interesting approach to better personalize a game to the user is to not only personalize games in an adaptable manner—with settings fitting the frame of reference of the professional—but also provide different games to chose from. Furthermore, even the evaluation might require a form of personalization. The outcome measures, and how to compare these can also require a personalized approach, both in their measurements and interpretation of outcomes. For example, idiosyncratic behavior can require personalization for annotating expressions of special target groups, and— depending on alternatives and daily behavior—successfully reaching outcomes can be more meaningful for one person than another.

Overall, we have provided a new overview. We combined intervention based play research with steering behavior—in various contexts—and targeting alternative user groups. This directed to new suggestions for both investigating and implementing interactive play systems.

Play is a powerful means to have an impact on the cognitive, social-emotional, and/or motor skills development. With the introduction of technology new possibilities emerge to provide engaging and entertaining whole-body play activities. Technology mediates the play activities and in this way changes how people play. We can use this to design systems that encourage wanted types of behaviors with technology.