Green Team Twente has presented its new hydrogen-powered car to the public. This year, the student team is focusing for the first time on building the only Formula Student car powered by hydrogen. The team hopes that this will make people enthusiastic about the possibilities of hydrogen and show that sustainable technologies are anything but boring.

Green Team Twente has been active in the hydrogen car industry for years. In previous years the focus was on making an efficient hydrogen car. This time the team presented a car with a lot more power. With 687 Nm of torque and a 0 to 100 mph drive in 6.0 seconds, the team says goodbye to the efficient but slow car of previous years. 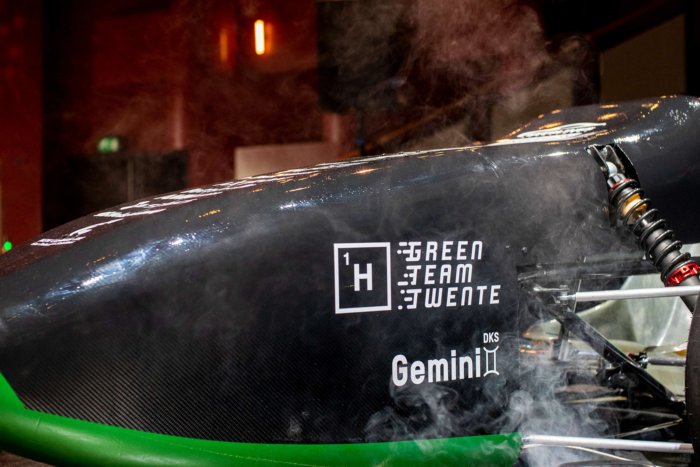 Green Team Twente consists of students who put aside a year of their studies to fully focus on building the race car. "Of course, this does not happen without trial and error," says Technical Manager Amina Balha. "As the first team to build a hydrogen car in the Formula Student competition, the largest student racing competition in the world, you have to figure everything out yourself. For example, our system has become extremely complex due to the high power. That is why I am extra proud, as a pioneer, to be able to share the car with the rest of the world. This year we will make the start, next year we will really race! 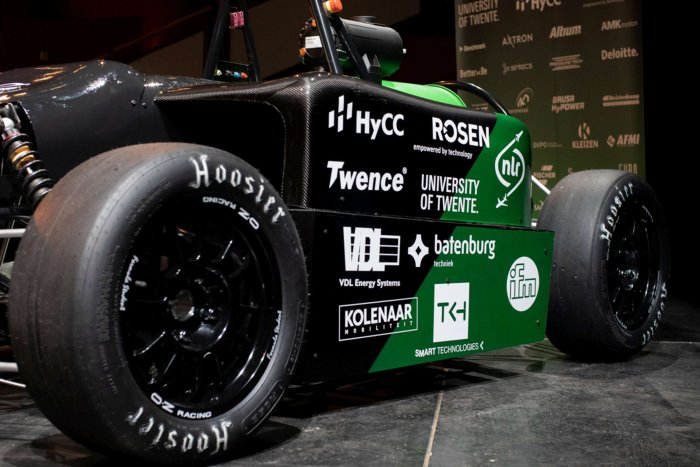 The car is used to draw attention to sustainable hydrogen technology. "Many people have no idea what it is and how it works, but a lot is already possible technically," says team manager Wouter Groote Veldman. "Sustainable techniques are often dismissed as boring at the moment, but that doesn't have to be the case. By presenting the car to the general public, we hope people will see that sustainable innovations are very interesting. We show that our technology helps in the transition to a more sustainable society."

The team can be admired with the new hydrogen car on the circuit of Assen, The Netherlands from 11 to 15 July. There a race is taking place within the Formula Student Netherlands competition. This summer (15 - 21 August) Green Team Twente will also make its appearance on the circuit of Hockenheim, Germany. There, the Formula Student Germany competition will be held.
These races are similar to the Formula 1, each time a race is held in a different country. During the races, the team can earn points on different aspects. They look at the acceleration speed, but also at the business plan. In addition, there are various technical tests, such as 'endurance' of the car and a skidpad test, which tests how well the car cuts through bends.
Team manager Wouter Groote Veldman: "Building a completely new car within one year is not feasible for us. The goal for this year is to get our car running, at a slower speed. Real racing against other teams will hopefully happen from next year onwards. The car will get more engines then. Then we will really be able to measure ourselves against other teams.”