To celebrate its sixtieth anniversary, the University of Twente unveiled a special work of art on Thursday, 19 May: The Head. This 10-metre tall creation by artist Joep van Lieshout has been given a prominent place at the entrance to the university grounds.

In 2019, the University of Twente launched a design competition for the realisation of a new iconic work of art. Atelier Van Lieshout's proposal, The Head, emerged as the winner. Prof. Dr. Ir. Peter-Paul Verbeek, chairman of the Campus Art Advisory Committee (CAAC) of the University of Twente: "Atelier Van Lieshout's design brings together man and technology, as is the case here at the UT. The pixelated face refers to our technical future, the organically shaped interior to our past. The sculpture is made of copper, a metal with associations with ancient cultures that is also of crucial importance in the digital age. The enormous head also seems to refer to the Easter Island statues, from a civilisation that went down because of its own environmental problems. By standing on top of it, you look at the world, as it were, from the perspective of knowledge. That's why it has to be at the entrance of the UT, as a figurehead of the connection between science and society.” 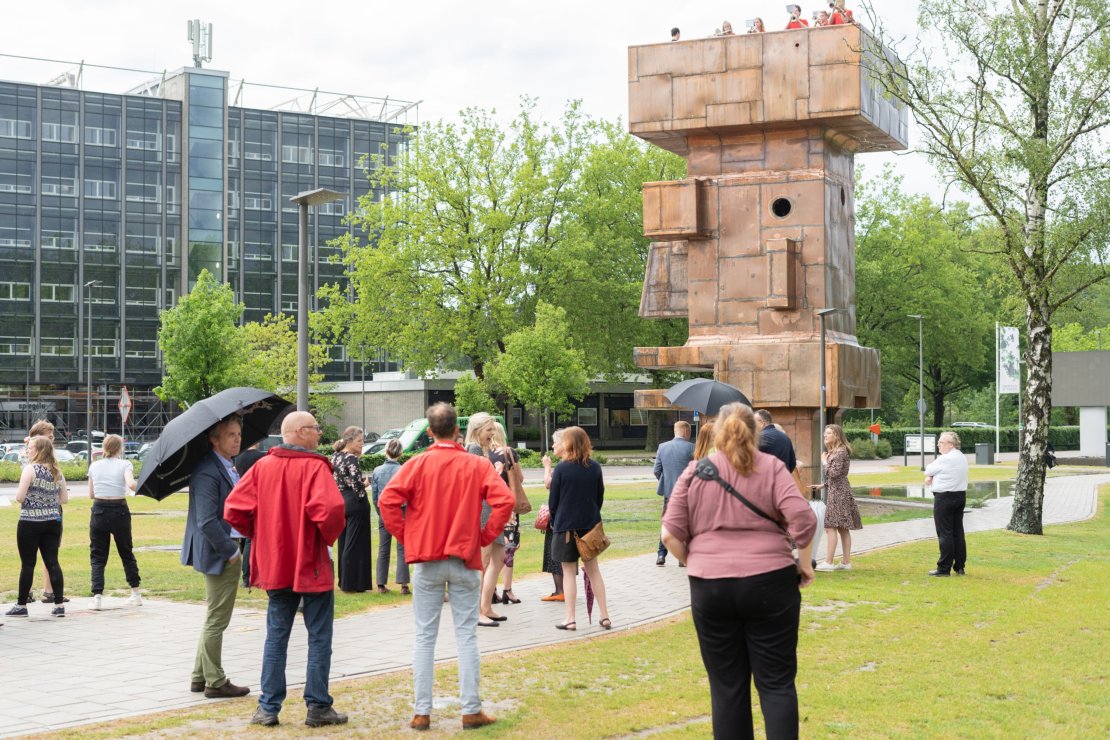 After being awarded the commission, Van Lieshout set to work on the production of the ten-metre high work. Visitors can not only see the work of art from the outside, but can also climb into it. A narrow staircase takes you to a platform on top of the head, where you have a view over the campus on the one hand and the Kennispark on the other.

“"The Head" marks the possibilities and dilemmas on the eve of the fourth industrial revolution, when the boundaries between the physical, digital and biological worlds are blurred. The sculpture is a monument to the waning of human dominance. A totem that marks the crossroads where we are now and a lookout to the future”, according to Joep van Lieshout. 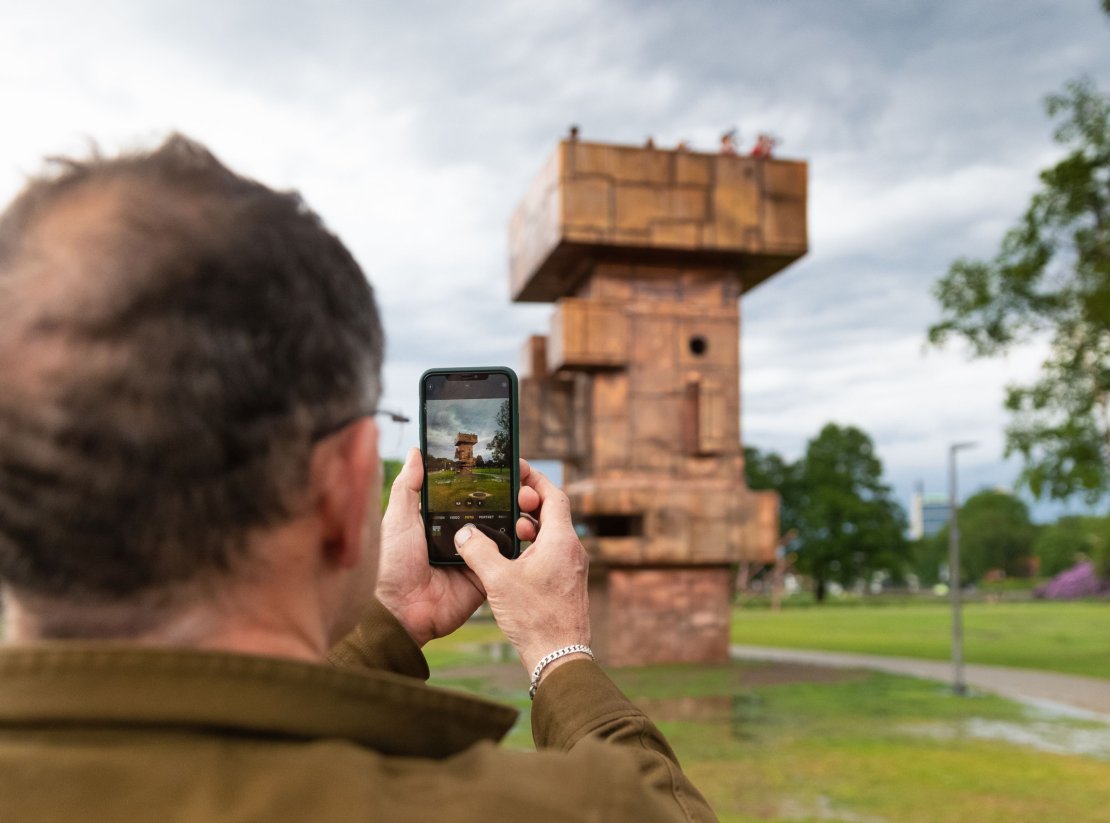 Joep van Lieshout is a sculptor, painter and visionary. At sixteen, he was accepted at the art academy in Rotterdam. After graduating, he quickly rose to great heights, with works that balance on the border between art, design and machine-made objects.

Art on the campus

Since its establishment sixty years ago, the University of Twente has always paid a great deal of attention to art and culture. As a result, there are some twenty outdoor works of art, often by renowned artists, scattered across the extensive campus. Most of the works of art have been specially designed for the UT. There are works by Fred Bellefroid, Ruud Hallema, Jan Merx, Wim T. Schippers, Evert Strobos and Ger van Elk, among others. The work of art by Atelier Van Lieshout was co-financed by the Mondriaan Fund.