Blood deficiency in the brain, cerebral ischemia, doesn’t always cause, as is commonly assumed, swelling and subsequent destruction of brain cells. It starts with a disturbed interaction between the cells. This is not visible on a MRI scan, but it is detectable using EEG. After a cardiac arrest, patients now get sleep medication to calm down the brain cells. Stimulating the cells instead of calming them, proves to be a better treatment for some patients. This means that a personalized treatment plan is necessary, according to neurologist Jeannette Hofmeijer in her inaugural address as a Professor of Translational Neurophysiology at the University of Twente. Artificial intelligence proves to be a valuable tool in predicting the chances of recovery from a coma, but it also involves ethical dilemmas. 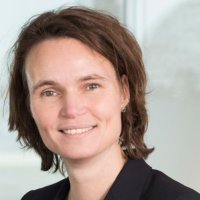 Both a cardiac arrest and a brain infarction - an artery in the head is blocked by a blood clot -, every second counts. Both can lead to cerebral ischemia, and brain damage. The faster the blood flow in the brain is recovered, the better. Although survival rates after cardiac arrest have improved thanks to faster and better resuscitation – in some cases from 16 to 43 percent in the past ten years -,  patients that survive a cardiac arrest can still have serious brain damage or remain in a coma. The young soccer player Abdelhak Nouri is an example.

In the case of a brain infarction, also known as a stroke, treatment options improved as well. It is possible to remove the blood clot using a catheter through the groin. Here, as well, speed is essential.

Brain on a chip

How to predict the chances of patients that, after resuscitation, are in a coma on the intensive care? Until a few years ago, this was possible for no more than about ten to twenty percent of them. An MRI scan shows the damage in case of a brain infarction. “But in case of a cardiac arrest, the MRI of half of the patients does not show any abnormalities at all. The brain tissue on the MRI scan seems intact.” The common assumption is that brain cells are always destroyed during lack of oxygen, which should be visible on the MRI scan. Lab experiments with a cultured miniature size brain (‘brain-on-a-chip’) contradict this. As long as there is a minimum amount of oxygen and fuel, the cells remain intact for hours. It is the exchange and interaction, the ‘synaptic neurotransmission’ that stops in the first place. When this exchange is disturbed for longer time, eventually the cells will be lost.

In her inaugural address, Jeannette Hofmeijer questions the current treatment of comatose patients after cardiac arrest. It mainly consists of cooling and giving sleep medication, in order to calm down the brain. Part of the patients would be helped better by stimulation instead of calming down, she states. EEG can help taking this decision. It detects small voltage variations at the skull, caused by interacting brain cells. These data prove to be a valuable predictor of survival rates. Neurologists get extensive training in interpreting EEG signals. But as we know now, artificial intelligence performs better and faster in this task. Hofmeijer: “I predict that in ten years from now, the survival rate of patients in a coma after cardiac arrest, can be adequately expressed in a percentage. Thanks to brain activity analysis using artificial intelligence.”

This, of course, is not without ethical dilemmas: who takes the decision about stopping the treatment? What is ‘good’ or ‘bad’ in keeping a patient alive in an artificial way with minimal chances of recovery and high probability of remaining in a coma? How ethical is it to use artificial intelligence in the decision process? Surveys show that the way doctors and nurses communicate, are still for decisive for the trust people have in the choices made.

Just like brain cells flourish by interaction and stimulation, translational research does. Jeannette Hofmeijer stresses the importance of collaboration between clinical and laboratory research. She is convinced that this two-way flow, instead of people all working on their own ‘island’, leads to new insights and better treatment.

Jeannette Hofmeijer, Professor of Translational Neurophysiology at the University of Twente and neurologist at the Rijnstate Hospital in Arnhem, delivers her inaugural address on 13 May 2022. It is in Dutch and is titled ‘Van spanningsveld tot wisselwerking’ (‘From tension to interaction’).