The judging panel for the University of Twente's Open Call has announced who will have the honour of working on the prestigious art commission. After careful deliberation, the judging panel has recommended Atelier Van Lieshout's proposal The Head to the UT's Executive Board. Of the three artists shortlisted in January, this proposal proved to be the best match for the criteria. The Executive Board has adopted this recommendation. In the autumn of 2021, the work will be officially unveiled on campus to mark the University of Twente's sixtieth anniversary.

Prof. Ir. Peter-Paul Verbeek (Chair of the CAAC): "In the design of Atelier van Lieshout, humanity and technology meet, as it does at the University of Twente. The pixel-alike face refers to our technological future, the organically formed inside to our past. The artwork will be made of copper, a metal with associations to ancient cultures but also of great relevance in the digital era. The gigantic head seems to refer to the monumental statues on Easter Island, created by a community that went down because of its ecological footprint. Standing on top of the head, you will be able to view the world from a knowledge perspective. That is why this artwork should be realised at the UT entrance: as the symbol of connecting science and society."

In January 2020, the Campus Art Advisory Committee (CAAC) selected three artists from the more than 50 entries received: Atelier Van Lieshout, Yvonne Dröge Wendel and Studio PolyLester. The three selected artists were asked to work out their plans in detail and present them to the CAAC, the judging panel, in June of this year. Because of the coronavirus crisis, this was slightly postponed.

The CAAC then faced a difficult decision, since all three artworks proposed were of high quality and a good match for the set criteria. The work has to be monumental and durable; it must still be in place in sixty years. Other criteria included a connection with technology, as well as an interactive component and a link with the University of Twente. After lengthy deliberations, the committee eventually opted for the plan by Atelier Van Lieshout.

The Head is a natural match for the UT. The sculpture, 8 metres in height, brings together people and technology, as well as the past, present and future. Moreover, the sculpture—and the story behind it—appeals to the imagination and features an interactive element. More than just a statue, it also functions as a belvedere; visitors can climb the platform on top of the head to enjoy a view over the campus. This iconic work by Atelier Van Lieshout will be sited at the campus entrance. 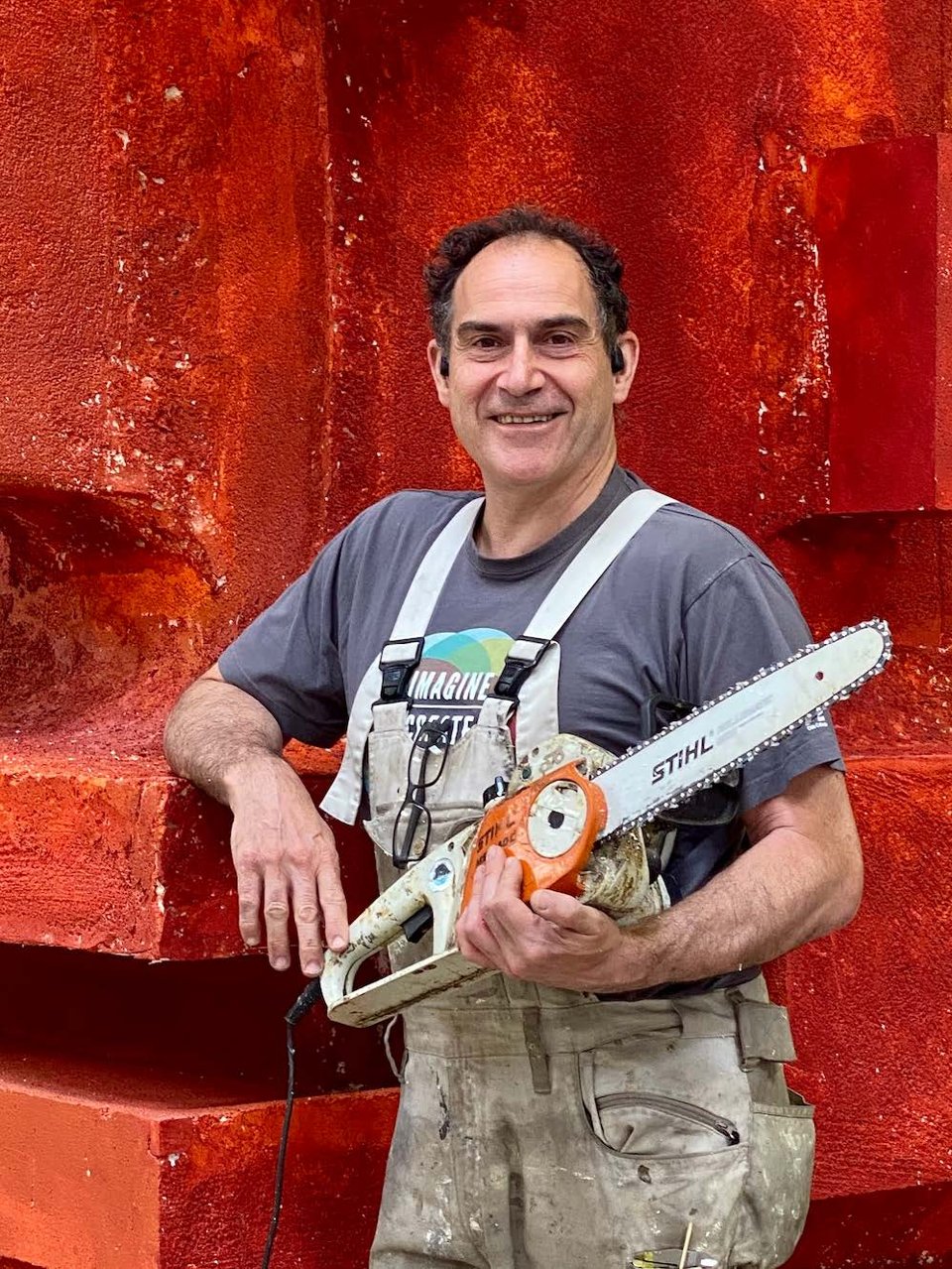 "The Head highlights the opportunities and dilemmas we face on the eve of the fourth industrial revolution, as the boundaries between the physical, digital and biological world begin to blur. The work will be a monument to the gradual decline of human domination. A totem marking the crossroads at which we now find ourselves and a vantage point looking towards the future", says Joep van Lieshout.

Joep van Lieshout is a sculptor, painter and visionary. He was admitted to the Rotterdam art academy at the age of just 16. After graduating, he quickly found fame with works that straddle the boundary between art, design and machine objects.

Art at the University of Twente

The Head by Atelier Van Lieshout will be installed on campus and unveiled during a festive ceremony in 2021. The University of Twente is the Netherlands' only real campus university: its great park-like site is home to buildings for education and research, facilities for sport and culture, accommodation for students and staff and a shopping centre. The buildings erected on the campus over the last fifty years form an open-air museum of modern architecture, featuring exponents of both structuralism and functionalism.

The campus also boasts around twenty outdoor artworks, many by leading artists. As such, the University of Twente is not only home to science, but also to art and architecture. Most of the artworks have been specially designed for the UT. They include works by such artists as Fred Bellefroid, Ruud Hallema, Jan Merx, Wim T. Schippers, Evert Strobos and Ger van Elk. In 2021, the work by Atelier Van Lieshout will be added to that number.