Researchers from the University of Twente’s Faculty of Geo-Information Science and Earth Observation (ITC) have used satellite images to assess the effective use of cover crops in the Dutch province of Overijssel. The study focuses on analysing satellite images from 2017 and 2018 and the results have now been published in the International Journal of Applied Earth Observation and Geoinformation.

Planting a cover crop between the main growing seasons is a measure that offers multiple potential benefits for sustainable food production. These crops play a major role in preventing the nitrates introduced by fertilisation from leaching into the groundwater. To comply with current regulations, Dutch farmers are required to sow a cover crop after cultivating maize by 1 October at the latest. 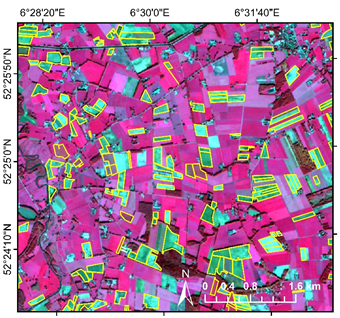 Figure 1 Satellite image of the fields of Overijssel

Using these estimates, the researchers were able to examine the influence of sowing dates on the final cover in December. On this basis, the researchers then determined what temperature sum – the sum of all daily average temperatures above four degrees – was needed to achieve optimum winter field cover. On average over the past thirty years, the required temperature sum was achieved on time when the cover crop was sown on 19 September. “Depending on the weather, the maize is not ready to harvest on that date, which means that farmers would have to undersow the cover crop while the maize is still ripening to get it into the fields on time,” Vrieling concludes.

This study began as a project for Master’s students at the ITC faculty, but soon developed into a fully-fledged research project led by ITC researchers Dr Xinyan Fan, Dr Anton Vrieling and Prof. Andy Nelson, in collaboration with Bert Muller of Agro Accént. The article entitled Winter cover crops in Dutch maize fields: Variability in quality and its drivers assessed from multi-temporal Sentinel-2 imagery is published in the International Journal of Applied Earth Observation and Geoinformation. It is an open access article and available to read online.