The new TV show Briljant! is a search for the most creative and innovative concepts that will make our country greener, more social, cleaner or easier. The first episode premiered on RTL 4. During the show, designer Hellen van Rees presented the portable respiration trainer for children. She won the episode with her pitch and will use the €10,000 in prize money to further develop the product.

Presenter John Williams asked everyone in the Netherlands to think along about the future of our country. With the winning project, the portable respiration trainer, the project team wants to help children with dysfunctional respiration patterns to improve their respiration technique in a fun manner in the comfort of their own homes. 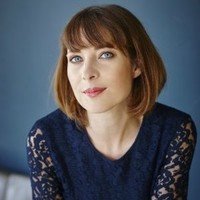 The device measures the user's respiration with sensors and robotic textile and instantly provides motivational feedback to the children. At the end of the daily training session, lights in the vest will start to glow; the better the training went, the more lights will turn on. These lights are then used as an energy source in a mobile game that allows children to achieve their goals in a playful manner.

Asthma and dysfunctional respiration are common causes of shortness of breath in children. Training their respiration at home can alleviate children's symptoms. The respiration trainer facilitates immediate therapeutic support during such training sessions.

For this project, a multidisciplinary team of scientists, physicians and designers is studying how a portable respiration trainer can measure respiration parameters. What sensors are suitable for integration into an item of clothing, while still yielding usable measurement results? How can the device motivate children to do their breathing exercises? When should the wearable give feedback and can a mobile application be used to make the exercises more fun?

The initial prototypes were evaluated by both children and experts. During a design session, ten children each made their own version of the wearable. A study of sensors provided valuable information about accuracy. A new method of having the wearable exert pressure was also tested. New prototypes are currently being developed.

The study is relevant to children and they are therefore directly involved in the development process to ensure the end result optimally satisfies their needs and wishes. Children learn by doing. The tests are conducted by a multidisciplinary team of physicians, scientists and designers and demonstrate that it is possible to achieve valuable (knowledge) developments by bringing various fields of expertise together.

The research is in full swing and preliminary results are available in the form of prototypes and evaluations. Over the coming months, a working prototype will be ready for children to try out.

This project is a collaboration between the University of Twente, Saxion University of Applied Sciences, MST, ZGT, OCON, Hellen van Rees and Ben Bulsink, with support from Pioneers in Healthcare and the Creative Industries Fund.