Traffic congestion is an increasing problem around the globe. According to University of Twente PhD student Anna Oblakova, traffic flow can be improved by using the proper traffic-light controls. In her PhD thesis, she developed a queueing model to analyse traffic under rapidly changing conditions. She discovered that so-called 'green waves' are not as efficient as previously thought. She also used the model to look at a part of the traffic network of Enschede.

Traffic jams are one of the most frustrating things for a car driver. With the constantly growing population, the number of traffic jams also increases. Most traffic jams form at bottlenecks such as intersections. These intersections are often controlled by traffic lights that could be improved with the proper settings.

In her thesis, Oblakova created a traffic model to study the effect of different traffic light settings on the behaviour of the model. Her model is an improvement over most current analytical queueing models. “There are a lot of models for single intersections but it’s quite difficult to model two or even more intersections”, she says, “We wanted to know if it was possible to model traffic networks of that size.”

A model of Enschede

Using her model, Oblakova analysed a part of the main traffic network of Enschede as an example (Fig. 1). This network has 27 intersections, twelve with traffic lights and fifteen without. It includes main roads like “Hengelosestraat” and “Parkweg”.

The conditions around an intersection change rapidly during rush hours; therefore, the traffic light control has to be able to adapt fast. Oblakova’s new model can analyse the behaviour under these conditions. Oblakova says: “The goal is to create a traffic control that can predict what will happen, even in those circumstances.” 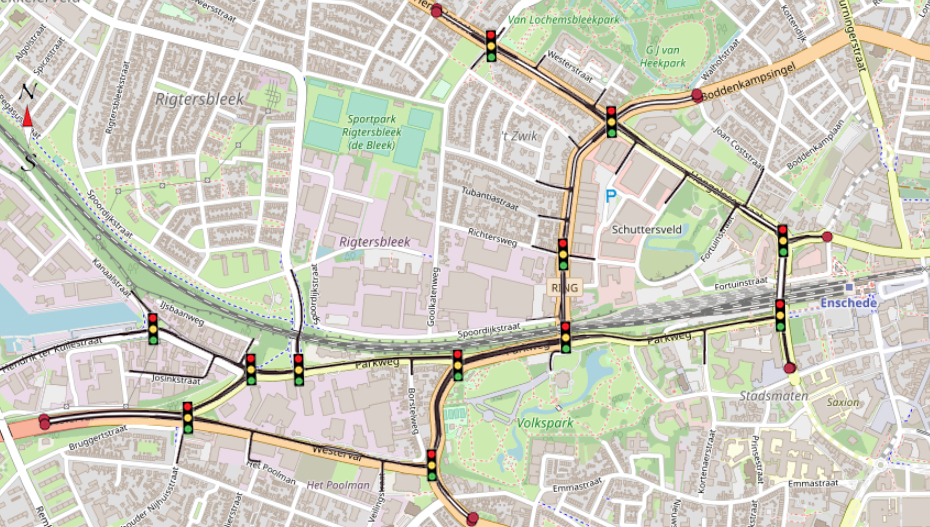 Fig. 1 Oblakova’s modelled network overlaid on a map of Enschede

When driving through several intersections with traffic lights, drivers can encounter a so-called ‘green wave’, several green lights in a row. This provides them with the possibility to keep driving. To create the optimal green wave, sometimes there needs to be a shortened green time at the first intersection in the system. This increases the delay at that first intersection and leads to longer average delays, which is in contrast with the common belief that green waves result in lower delays.

In 2015 Anna Oblakova moved from Moscow to the Netherlands to become a PhD student in the Dynafloat project at the Stochastic Operations Research chair (SOR) of Prof. Dr. Richard Boucherie (Faculty of Electrical Engineering, Mathematics and Computer Science). The public defence of her PhD thesis took place on Friday 27 September 2019. A digital version of her PhD thesis, titled Queueing models for urban traffic networks, is available on request.