Energy management company Lithium Werks announced that it will build a major clean energy research and development (R&D) campus at Technology Base. Together with the University of Twente, the company will work on solutions for the energy transition, like new generations of batteries and new approaches to flexible energy storage. Lithium Werks expects to employ 2,000 people on the new campus. The official announcement was made during the opening of the academic year of the university.

Lithium Werks, which supplies 200 million battery cells to more than 1,000 customers in 50 countries, currently produces lithium iron phosphate batteries, or LFP. For the development of the next generations of batteries, Lithium Werks collaborates with the University of Twente, a pioneer in research in the field of new materials, artificial intelligence and control electronics. The East Netherlands Development Agency Oost NL is investing in Lithium Werks to support the company’s vision of an R&D campus, together with the municipality of Enschede and the province of Overijssel.

“Renewable energy sources, such as wind and sun, often produce the most energy at times when the demand is low. This mismatch between supply and demand means it is still necessary to have conventional coal or gas power stations. With smart energy storage and transport solutions, the energy will be available at the right time and place. This will require both sufficient battery capacity - we need to produce many more batteries - and artificial intelligence software," said Koolen. 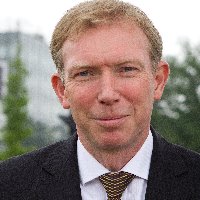 Lithium Werks will create a 42 acre R&D campus for the development of a mobile battery ecosystem at Technology Base. More than EUR 100 million has been invested in the development of the R&D campus by various parties. Oost NL was the first to invest in the project, in line with its brief from local authorities to sustainably strengthen the economy of the Eastern region of the Netherlands. The campus will be built in phases. The first building at Technology Base is scheduled for completion by the end of 2019, initially providing work for approximately 300 people to research new technologies in the field of clean energy. Lithium Werks is planning to recruit some 2,000 people within five years to carry out R&D at the campus.

Lithium Werks, which has supplied 200 million battery cells to more than 1,000 customers in 50 countries, has merged with Super B Lithium Power B.V. in Hengelo, and has previously acquired Valence Technology Inc. and the industrial branch of A123 Systems LLC. The company produces lithium iron phosphate batteries, also known as LFP batteries. In order to be able to develop the next generations of storage techniques, Lithium Werks is cooperating with the University of Twente in the Netherlands. The university operates advanced materials research facilities, such as the MESA+ NanoLab, and is familiar with control electronics and artificial intelligence. “In bringing together this knowledge we will together play a significant role in the energy transition and make a major contribution to the sustainable development goals,” said University of Twente President Victor van der Chijs.

Kees Koolen, chairman of the board at Lithium Werks, was born on 19 August 1965 in Bergeijk, North Brabant, the Netherlands. Koolen was  the CEO of online travel reservation service Booking.com from 2008 to 2011 and subsequently chairman of the Supervisory Board until 2014. He then joined ride-sharing company Uber, which at the time had just 10 employees, to build its international presence outside the United States, and establish Uber International’s head office in Amsterdam.

Lithium Werks is a fast-growing global lithium ion battery company with production facilities in the Netherlands and China, and offices in the USA, the Netherlands, Northern Ireland, Great Britain and Norway. Lithium Werks provides cells, modules and energy management systems to markets such as industrial, transportation, marine and renewable energy.