Seven female scientists from the University of Twente have been nominated for the Viva 400.

To vote for the University of Twente scientists, visit the Viva magazine's website. Per category, you can cast one vote for the woman you believe is most successful, passionate or inspiring. You can log in with your Facebook, LinkedIn or Viva account. The nominees with the most votes end up in the top 5. The jury then picks a winner from the top 5 of each category. Voting is open from 2 October till 6 November. The winners will be announced during the Viva 400 event, which takes place on 15 November 2018. 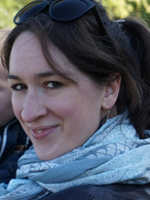 Nienke Bosschaart applies high-tech optical techniques to improving mother and child care. Nienke is developing a new method for analysing the blood of preterm babies without using a needle. In addition, Nienke has recently started applying her optical technology to research into breast milk, lactation and supporting breastfeeding mothers. 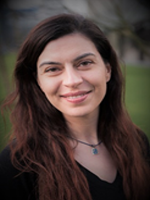 Derya Demirtas winner of the American Heart Association Young Investigator Award, is an expert in optimization and data analytics in healthcare. Thanks to her research on the optimal location of automated external defibrillators (AEDs), people experiencing cardiac arrest have a higher chance of survival. Her mathematical models analyse the risk of heart arrest per region and calculate the best location to place AEDs in public settings. Derya has applied these models in Toronto (Canada) as well as in the province of Noord-Holland and the region of Twente. 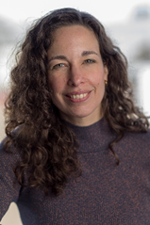 Vanessa Evers is coordinator of the EU DE_ENIGMA project. The project involves developing a social robot that can help autistic children learn how to recognize emotions and social situations. The project was labelled ‘Excellent’ by the European Union and presented as a showcase example to EU leaders. Vanessa and the researchers at the Human Media and Interaction lab develop systems that use social intelligence to make them easier and more fun to use. In the past year, they have created a robot that can help tidy up and a robot that was used extensively by children in a classroom.

received the Marie Curie fellowship for her individual research project on the relation between ethics and the acceptance of technology. This project is integral to Stéphanie’s vision on inspiring responsible human enhancement and innovation, and is to be used as a basis for policymaking with regard to human enhancement in the workplace. Stéphanie is actively involved in initiatives to raise children’s awareness of ethical questions in the area of human enhancement and to stimulate pupils to choose a scientific career through intervention in the classroom. 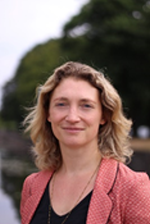 Geke Ludden developed, together with other researchers and a fashion and textile designer, a robotic jacket for helping people improve their posture. The jacket literally nudges its wearer in the back when it detects a bad posture, introducing a more direct way of giving feedback than the currently used method of graphics and numbers on a screen. This development became a starting point for further research into how ‘wearable technology’ can help people follow therapy self-sufficiently in a home environment.

Wieteke Willemen was the only female Dutch scientist selected to lead a part of the worldwide-assessment on ‘how, where and why nature contributes to our wellbeing’. For three years she collaborated with experts from 50 countries. Their findings show that the decline of nature and degradation of land is costing us 10% of the economy each year, can lead to migration of 700 million people and already negatively impacts 3.2 billion people, and were widely picked up by the international media, but more importantly, this year their report was approved by 130 countries to guide new environmental policies.

Leonie Zeune has developed a toolbox for determining tumour cells in the blood of cancer patients. The toolbox has been made available free of charge to all research groups working in this field, in order to standardize cell analysis, cut time spent and prevent subjectivity in this field of research. For the development of the toolbox, Zeune used advanced mathematical models to detect cells and ‘deep learning’ methods to classify the cells. The toolbox is already being applied by different research groups throughout Europe, in particular by members of the EU-funded Cancer-ID project that Zeune’s project is part of.