African elephants use the cover of darkness to protect themselves against poachers, a new study has revealed.

Research, conducted by Save The Elephants and the University of Twente in partnership with the Kenya Wildlife Service, has discovered that elephants move more at night in areas that suffer high levels of poaching, turning to feeding and travelling instead of sleeping. 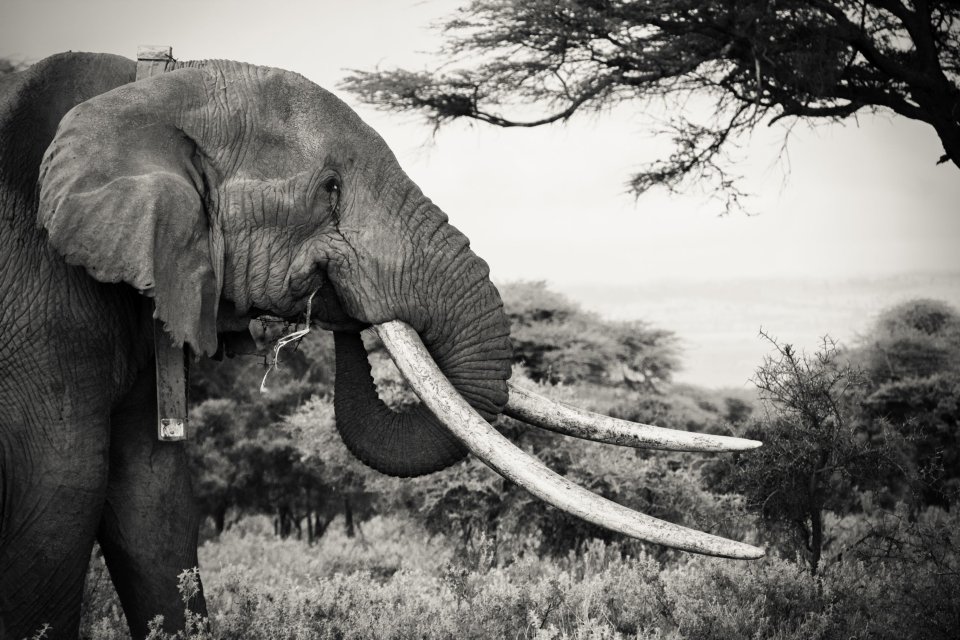 Last year Morgan, a bull elephant on Kenya’s coast who was being tracked with a GPS collar, held the world in suspense after he moved purposefully towards one of Africa’s most war-torn nations, Somalia. As Morgan moved into the dangerous wilderness approaching the Somali border, he increased his nocturnal activity, moving only by night and staying hidden in thick bush all day – an effective tactic for avoiding detection.

The study shows that elephants increase their nocturnal activity when the poaching risk is high, suggesting that elephants not only fear for their lives but are intelligent enough to know when they are in danger.  The change in behaviour when in a landscape of fear may have long-term implications for their survival, however.

“This study shows the adaptability of earth’s largest land mammal to adapt their behavior flexibly in order to stay safe,” said Save The Elephants’ founder Iain Douglas-Hamilton. “This alteration in movement behaviour by elephants has implications for their foraging strategy, reproduction and survival, which are not yet fully understood.”

The investigation, led by Festus Ihwagi, Save The Elephant’s senior research scientist studying for his PhD at the University of Twente, used a simple yet effective metric whereby researchers were able to pinpoint the change in elephants’ behaviour by calculating the average hourly speed by night and dividing it by an elephants’ average hourly speed during the day time to produce a ‘night-day speed ratio’.

Using GPS tracking techniques pioneered by Save The Elephants, the researchers were able to calculate the mean night-day speed ratio for collared elephants between 2002 - 2012 in the Laikipa-Samburu ecosystem in Northern Kenya.

This area sits in the core of Save The Elephants’ long-term GPS tracking project that has seen more than 100 elephants fitted with GPS collars and their movements monitored in near real-time. The risk landscape was evaluated using data from the Monitoring of Illegal Killing of Elephants programme that is run by the Kenya Wildlife Service in partnership with local organisations including Save the Elephants.

For the Night-Day Speed ratio study, 28 female elephants and 32 males were tracked for varying lengths of time ranging from a few months to over three years with GPS locations measuring their movements day and night.

The study focused on two different periods. During the first, 2002 to 2009, poaching levels were moderate. During the second, 2010 to 2012, northern Kenya was at the height of an ivory poaching crisis. The night-day speed ratio of elephants increased significantly with the increase in poaching levels, with females using the tactic even more strongly than males.  Females, who live in closely-knit families and often have young calves with them, are usually more risk-averse than bull elephants.

“Simultaneous elephant tracking and monitoring of causes of death presented a perfect natural laboratory for studying the behavioural response of elephants to increasing poaching levels,” said lead author Festus Ihwagi. “The escalation of poaching has become the greatest immediate threat to the survival of elephants. As most poaching occurs during the daytime, their transition to nocturnal behaviour appears to be a direct result of the prevailing poaching levels.”

The researchers say the Night-Day Ratio could provide a valuable early-warning system to warn when elephants are feeling threatened. With only around 40% of Africa’s elephants living in sites where mortality is regularly monitored, the metric could be used to increase the geographical range in which poaching levels are monitored and so help guide the deployment of anti-poaching resources.

Key findings from the study include:

About the authors
Festus Ihwagi

The lead researcher of the project team is Festus Ihwagi, who is a PhD candidate in the Department of Natural Resources at the ITC Faculty of the University of Twente. His study is funded by the Netherlands organization for international co-operation in higher education (NUFFIC) and supervised by Dr. Andrew Skidmore, professor of spatial environmental resource dynamics, and Dr. Tiejun Wang, assistant professor of spatial ecology.