After 6 years of having Jenifer Herek as our Dean, we are excited and proud to welcome Mieke Boon as the new Dean of University College Twente. I recently had the pleasure of interviewing her and getting to know her history and plans for the future of ATLAS, which this article will encompass.

Beginning as a chemical engineering student here at the UT, Mieke has been able to watch the university grow and develop. After a traineeship in the United States, she moved to study bioprocess engineering in Delft and philosophy in Leiden. After obtaining her master's degree, she continued her scientific career with a PhD in biotechnology, where her scientific approach was strongly influenced by her studies in philosophy that she continued to pursue alongside. It was her experience in the US which sparked her curiosity as to why academically trained people were not asking critical questions about what they were doing in their work and whether it was good. By studying philosophy she built a foundation for scientific questioning which first led her into the ethics of technology. She wanted to find a way to encourage engineers to consider the ethical implications behind what they were working on. When she realized that such an approach runs the danger of putting too much weight on the shoulders of engineers, she shifted focus to an issue where these experts could really make a difference, by raising the philosophical question whether established scientific methodologies are actually suitable for solving complex societal problems. Could the quality of scientific research be improved in the sense of making better and more effective contributions?

It was the philosophy department at the University of Twente who later offered her an assistant professorship. This meant a major career switch from the laboratory and engineering sciences to academic philosophy. In the ten years that followed, she obtained two prestigious personal grants from the Dutch National Science Foundation (NWO), which allowed her to develop a new direction in the philosophy of science, and to work on her new research line; “A Philosophy of Science for the Engineering Sciences”. Getting such a practice-oriented approach accepted in the academic philosophy of science was a challenge in itself, but now the so-called “Philosophy of Science in Practice” initiated by this research is well established worldwide, for which she was awarded a full professorship in philosophy.

I have highlighted this part of Mieke's academic journey for you as it embodies the interdisciplinary, trailblazing and initiative driven characteristics she finds so central to ATLAS students. Change cannot be brought about overnight, or by following the already trodden path. It takes time and courage to figure out how you can make a difference and accumulation of opportunities, successes and failures which get you to the end goal people tend to focus on.

Throughout this time of slowly discovering what was known and what was missing, Mieke needed to network with a large variety of characters and integrate the disciplines of natural science, philosophy and social science. Inspired by insights gained in her philosophical research, her next goal was to create an educational system that equips students with the tools and ability to do this. Thus, it will likely not surprise you that she was one of the original people starting up ATLAS. Now, in her new position, she looks forward to refreshing the initial intentions of the educational philosophy and bringing attention to how students learn rather than simply what they learn.

Just how she wanted to get engineers thinking about their own thoughts, she would like to see students doing the same concerning their learning. This also takes on the form of self-directed learning, a term you may be familiar with in the ATLAS context. However, despite an individual's focus on ‘self-directedness’, there is a collaborative component to it. The best example of this is one she gave herself. During her career in ATLAS and by working with students, she has noticed that they can do much more than teachers would have imagined, and simultaneously may not be able to do things teachers expect them to be capable of. To elaborate, there needs to be communication and collaboration between students and staff to recognise when support is necessary and when encouragement is sufficient. To do this, an open mindset is needed, one that sets expectation aside and is happy to work with the situation at hand. 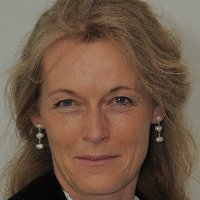 “We have an interest in learning, instead of focusing on our discipline. We start with the problem and look at the best way to solve it.”
- Mieke Boon , -

This relates to project-based learning in ATLAS, but also when considering the educational programme itself. If there is a problem with how things are done, we need to find the best way to solve it and Mieke states for this to be done, students and teachers should not talk ‘at’ each other, but ‘with’ each other. Which leads me to conclude with a request from Mieke herself; reach out, share your story and start a conversation about your learning.

News summary
Close
Suggestions
Start live Chat
In chat
Chat offline (info)
To use this this functionality you first need to:
Accept cookies