The PhD defence of Anja Stieren will take place (partly) online and can be followed by a live stream.
Live stream

Anja Stieren is a PhD student in the research group Physics of Fluids. Supervisors are prof.dr. D. Lohse and dr. R.J.A.M. Stevens from the Faculty of Science & Technology. 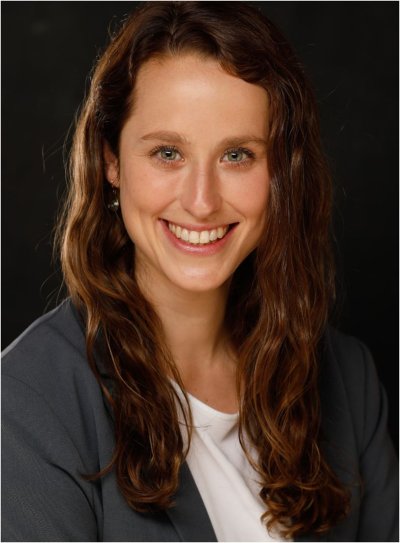 Wakes have been observed up to 55km behind wind farms, while the distance between wind farms in regions such as the North Sea is typically much smaller. However, the influence of wind farm wakes on downstream wind farms is not yet well understood. The reason is that there is limited insight into the influence of atmospheric mesoscale effects, such as dynamic wind speed and direction changes, baroclinicity, and atmospheric thermal stability, on the recovery of wind farm wakes. Detailed computer simulations can help to improve our understanding of wake effects on wind farm performance. In contrast to field measurements, the atmospheric conditions in computer simulations are prescribed and known, providing an ideal setting to study the flow physics around wind farms.

In my PhD I performed high-fidelity large eddy simulations (LES) to study the interaction of wind farms with mesoscale effects and neighboring wind farms. LES provide a detailed representation of the turbulent atmospheric flow in and around wind farms. Turbulent flow simulations are very challenging due to the large range of length and time scales that need to be captured. While a typical wind farm has a size of several square kilometers, the smallest turbulent structures range in the scale of millimeters. The large-scale flow features are explicitly resolved in LES, and small-scale turbulence is parameterized using a sub-grid scale (SGS) model. Consequently, the accuracy of LES is highly dependent on the SGS model used to parameterize these processes.

Waaier, 3
Add to your calendaraHGbRdipTzsgMbuxYmdh4912430/09/2022 16:3030/09/2022 17:30Europe/AmsterdamPhD Defence Anja Stieren | Large-eddy simulations of the interaction between wind farms and mesoscale effects

Anja Stieren is a PhD student in the research group Physics of Fluids. Supervisors are prof.dr. D. Lohse and dr. R.J.A.M. Stevens from the Faculty of Science & Technology.