The PhD defence of Julian Biesheuvel will take place (partly) online and can be followed by a live stream.
Live stream 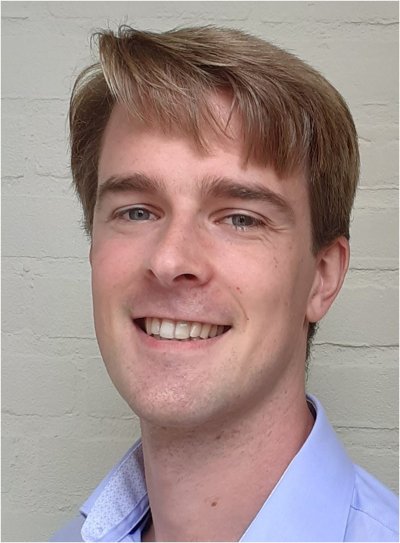 Noise produced by aircraft, wind turbines or drones is an increasing societal challenge. In order to develop more silent technology new silent designs are tested in wind tunnels. The wind tunnel environment, however, is different from the real world. Therefore, corrections are made to properly predict the acoustics of the application in the real world. Localization of aeroacoustic sound sources in open jet wind tunnel experiments is often performed using acoustic imaging techniques. These techniques require the evaluation of the acoustic propagation time between the sound source and observer, which depends on the flow topology. Most conventional predictions use either a ray-tracer, coupled with a modelled continuous velocity field, or use ray diffraction and a discretization of the velocity field by means of vortex sheets. A novel method is proposed in which the continuous velocity field is discretized into blocks of constant velocity separated by velocity discontinuities, thus removing the requirement for the velocity to be parallel to the surface that separates the blocks. The acoustic ray is solved by minimization of the acoustic propagation time. The computational effort is low compared to ray-tracing methods, while maintaining an improvement in accuracy compared to methodologies using vortex sheets. An empirical continuous velocity field is derived that models a self-similar shear layer expanding asymmetrically from a rectangular nozzle. Subsequently, this velocity field is discretized to compute the acoustic rays. Experimental results with a loudspeaker source placed in the open jet of a large industrial wind tunnel showed a decrease in source localization uncertainty compared to techniques based on vortex sheets. This is attributed to the inclusion of the shear layer slanting.

A similar method is applied to an open jet wind tunnel experiment in which sound sources on high-lift devices are localized using acoustic imaging techniques. The lift force deflects the wind tunnel jet and therefore affects the flow topology. A method is presented to evaluate the propagation time when the jet is deflected. The deflected flow is modelled using potential flow theory and used as input for a ray-tracer to obtain the propagation time. Although accurate, a ray-tracer significantly increases the computational effort of acoustic imaging. Therefore, approximate ray solutions are again computed using the principle of least propagation time, significantly lowering the computational effort. The correction method is applied to an experiment with a high-lift configuration performed in a large industrial wind tunnel, for which the conventional correction technique erroneously localized the sound sources 0.5 m too far downstream. The developed technique is shown to localize the sound sources at the correct location.

The second part of the research also concerns acoustic imaging methods used to detect and quantify aerodynamic noise sources in aeroacoustic experiments. In wind tunnels with an open jet test section the sound waves, propagating from the acoustic source to a microphone array, are distorted by the shear layer encountered on the propagation path. The velocity fluctuations, induced by the shear layer turbulence, continuously alter the propagation time between source and observer causing reduction of the coherence between two microphone signals. The reduction in coherence is stochastic and depends on the relative position between source and microphone. The low coherence leads to blurred acoustic source images with reduced peak Sound Pressure Level. A method called Acoustic Lucky Imaging is presented, which is based on a methodology used in astronomy to correct for image distortion due to turbulence present in Earth’s atmosphere. Furthermore, a model for coherence loss is derived to explain the loss of acoustic image resolution and allow for a-priori estimates on acoustic image blurring. The method is applied to an acoustic data set obtained in the open jet of a large industrial wind tunnel. It is shown that the presented method can restore a loss of 6 dB peak Sound Pressure Level by 3 dB and increase the resolution of the acoustic image.