Due to the COVID-19 crisis the PhD defence of Xiaolai Li will take place (partly) online.

Xiaolai Li is a PhD student in the research group Physics of Fluids (POF). Her supervisors are prof.dr. D. Lohse and prof.dr.ir. H.J.W. Zandvliet from the Faculty of Science and Technology (S&T).

This doctoral programme was conducted under a double PhD programme agreement between The University of Twente and Beihang University. 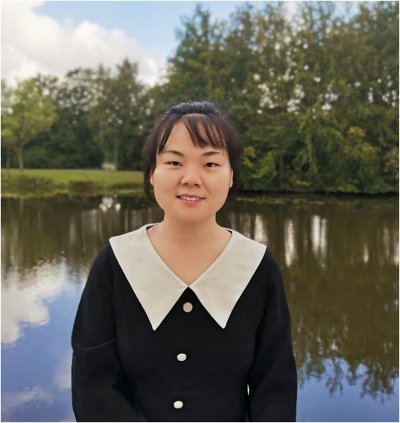 Bubbles are widely present in many natural and industrial processes. Understanding the nucleation mechanism and dynamics of the bubbles is essential for exploiting relevant applications in material engineering, mirofluidics, catalysis and electrolysis and many others. In this thesis we focused on surface micro/nanobubbles on structured surfaces, and plamonic bubbles in water with various gas saturations, binary liquids and ternary liquids.

In Chapter 2, we start with the spontaneous nucleation of nanobubbles (NBs) on nanostructured surfaces. Through in-situ AFM measurements, we find three categories of air entrapment, namely protruding NBs at nanopits with widths in between 50-100 nm, planar NBs at nanopits with widths of 100-150 nm, and no air entrapment at nanopits with a diameter larger than 150 nm. The size and contact angle of the protruding NBs linearly increases with increasing nanopit width. We reveal that NB formation on surface nanocavities follows the crevice theory that entrapped gas pockets grow into bubbles along with the diffusion of dissolved gas from the liquid to cavities. The dependence of entrapped NBs’ size and shape on that of nanopits highlights the pinning effect of the surface structures. This work provides direct evidence that surface NB nucleation originates from gas entrapment at crevices. However, the bubble entrapment dynamics remains unclear due to the limited temporal resolution of AFM.

In Chapter 3, we explore the bubble entrapment dynamics using larger surface microwells, which allows visualization with confocal microscopy with a high temporal resolution. We observed that after immersion, the microwells were initially fully covered by the entrapped microbubbles. Subsequently the entrapped microbubbles partially detach from the microwell edges and rapidly shrink to a smaller size in a constant contact angle dissolution mode. Moreover, we quantified how the flow rates and undersaturation level influence the bubble dissolution dynamics. Results show that the flow rates have no influence on the dynamics of microbubble entrapment and dissolution, and a higher undersaturation enhances microbubble dissolution. We believe that the knowledge acquired in Chapters 2 and 3 facilitates the understanding of surface NB properties, and the controllable production of surface NBs.

In Chapter 4, we studied plasmonic microbubbles formed from vaporization of liquids due to plasmonic effects. We first investigated the effect of the dissolved gas on the early-phase giant bubble and the bubble growth in long-term. We find that lower gas concentrations lead to longer delay times τd, larger maximum volumes, and higher nucleation temperatures of initial giant bubbles, i.e. the dissolved gas facilitates bubble nucleation. Besides, the maximum volume of the initial giant bubbles linearly depends on the input energy, which suggests that the initial giant bubbles are vapor bubbles. Moreover, the diffusion-dominated long-term bubble growth is governed by the gas concentration. The radius of the bubbles grows as R(t) ∝ t1/3 for air equilibrated and air-oversaturated water.

In Chapter 5, we explored the growth dynamics of plasmonic bubbles in water-ethanol binary liquids. We find that the bubbles detach from the substrate at ethanol concentrations below 67.5%, which results from a strong downward Marangoni flow induced by selective vaporization. For ethanol concentrations in the range from 67.5% to 80%, the bubbles remain stable on the substrate but exhibit a sudden shrinkage after a delay time ts. We reveal that the sudden shrinkage originates from the complete depinning of the bubble from the laser spot area on the sample surfaces. When fe > 80%, the binary liquid becomes azeotropic. The bubbles exhibit a steady growth, which is similar to the behavior of a pure liquid.

In Chapter 6, we further studied plasmonic bubble nucleation in ternary liquids of ethanol-water-anethole (ouzo solution). We observed that during bubble growth anethole oil microdroplets nucleated around the bubble, and formed droplet plumes. When the ethanol-water relative weight ratio re/(e+w) increases from 65.0% to 80.0% in the ternary liquids, plasmonic bubbles grow faster and more droplet plumes are emitted around the bubbles. We perform a numerical simulation to quantify the plume formation. The numerical results show that there exists a critical Marangoni number Ma = 5×104, above which the symmetry of the ethanol concentration field is broken, leading to the formation of droplet plumes. The revealed Ma dependence of the maximum plume numbers in the numerical results is consistent with that in experiments.

Due to the COVID-19 crisis the PhD defence of Xiaolai Li will take place (partly) online.