Due to the COVID-19 crisis the PhD defence of Philip Lucke will take place online (until further notice).

Philip Lucke is a PhD student in the research group XUV Optics. His supervisor is prof.dr. F. Bijkerk from the Faculty of Science & Technology (S&T). 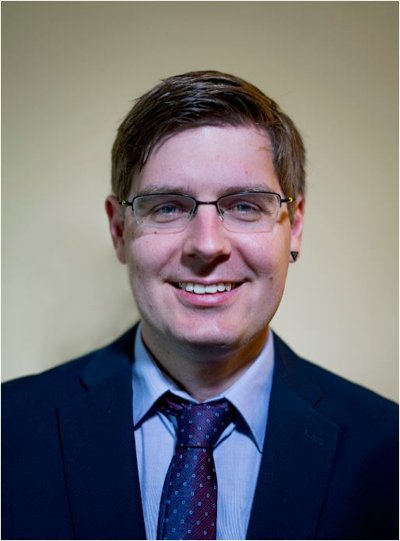 Piezoelectric thin films are of interest for modern MEMS systems, for example used in applications like energy harvesters, actuators, adaptive optics or inkjet-printer heads. This thesis describes physics studies on the growth and modelling of PbZr0.52Ti0.48O3 (PZT) thin films. It contains a new description of hysteresis, loss and nonlinearity for the sub-coercive field strain and polarization response for epitaxial PZT thin films.

The thesis consists of three parts. The first part presents a small-scale demonstrator of an adaptive XUV optic based on nanoscale piezoelectric surface manipulation. The demonstrator consists of a PZT thin film with an array of top electrodes to selectively control the actuation. It is shown that by utilizing a resistive layer on top of the piezoelectric layer, it is possible to achieve a controlled, gradual surface profile between the electrodes. The resulting deformations range in the nm range and are laterally scalable from sub mm to the mm range, which makes it suitable for corrections of optics in the XUV range. To our knowledge this is the first presentation of a gradual surface modulation utilizing thin film piezoelectrics.

Due to the COVID-19 crisis the PhD defence of Philip Lucke will take place online (until further notice).