Due to the COVID-19 crisis the PhD defence of Anne Schwarz will take place online (until further notice).

Anne Schwarz is a PhD student in the research group Biomedical Signals and Systems (BSS). Her supervisors are prof.dr. J.H. Buurke from the Faculty of Electrical Engineering, Mathematics and Computer Science (EEMCS) and prof.dr. A. Luft from the University Hospital Zürich. 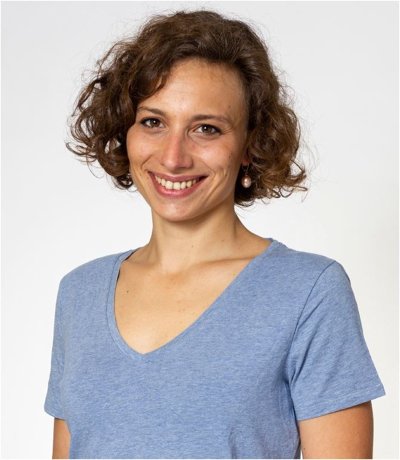 Stroke accounts for the largest cause for disability in daily life and is associated with upper limb sensorimotor impairments ranging from paralysis in severe cases over a certain level of loss of interjoint coordination and movement selectivity leading to compensatory movement behavior, as well as more subliminal deficits such as decreased movement time or fatigability. Measuring upper limb impairments after stroke is important to improve the understanding in the underlying pathomechanisms and identifying possible targets and treatment approaches. Assessments of upper limb function after stroke include a large number of different observer- and time-based clinical scales as well as an increasing number of different technologies for recording motion kinematics. Even though each assessment has its strength, such as the well-derived assessment construct in clinical scales like the Fugl-Meyer Assessment of the Upper Extremity (FMA-UE) or the continuous objective monitoring in technologies such as wrist worn accelerometers, the prescribed amount and heterogeneity of measures hampers the interpretability, comparability, and conclusion-drawing in this field of research. Additionally, assessments of the upper limb multi-joint coordination in the damaged nervous system remain challenging due to the complex and unknown mechanisms that interplay in the physiological and pathological system and the large amount of variability in upper limb usage. In this thesis, the strengths of both, the clinical scales, and the kinematic measurement technology, were combined to provide new, sensitive, and relevant strategies for assessing upper limb function quality and impairments after stroke.

The main goal of this thesis was to investigate upper limb movement quality after stroke by use of wearable kinematic sensing technologies with the intention to improve assessment opportunities for clinical practice and research. Five research questions were formulated to contribute to this issue and addressed in three individual studies (one systematic literature review, one cross-sectional observational study and one pilot study) that were the basis for chapters 2 to 6. The questions were the following:

I.         What is the state of the art in upper limb kinematic assessments in stroke survivors, including the assessment protocols and outcome parameters selected?

II.       What are possible kinematic quantifiers of inter-joint coordination and how are they expressed in different task conditions?

III.      Is there a difference in kinematic expressions, explained by the upper limb movement task, or the impairment level?

IV.      Is it possible to identify comparable kinematic characterization of movement primitives or subphases across different activities of daily life?

V.       What are the effects of arm load and target height on upper limb kinematics from the trunk to the finger digits during functional reach-to-grasp movements?

In chapter 2, the state of knowledge in literature regarding upper limb kinematic assessments in stroke survivors is summarized. A Systematic Review on Upper Limb Kinematics after Stroke has been performed to identify the measurement systems, the assessment of the movement tasks and metrics frequently used in post-stroke upper limb kinematic assessments. Until September 2018, 225 studies were identified and allocated to 5 different tasks and 3 measurement system groups. Subsequently, investigations on the psychometric properties of the evaluated metrics within the included studies were summarized with respect to the measurement constructs and rated according to their summarized evidence. Thirty studies investigated clinimetrics of 62 metrics: reliability (n=8), measurement error (n=5), convergent validity (n=22), and responsiveness (n=2). The metrics task/movement time, number of movement onsets, number of movement ends, path length ratio, peak velocity, number of velocity peaks, trunk displacement, and shoulder flexion/extension received a sufficient evaluation for one clinimetric property. The chapter closes with recommendations on assessment tasks, reporting and metrics to include in post-stroke upper limb kinematic assessments, with the intention to improve standards and comparability in upper limb kinematic measurements after stroke.

The second to fourth research questions were addressed in the chapters 3 to 5, based on the cross-sectional observational study on “assessing pathological synergies of upper limb function after stroke”. Data of 26 chronic stroke subjects (>6-month post-stroke) with mild to moderate upper limb impairments, and five healthy age-matched subjects was included, who performed items of the FMA-UE and a set of 30 daily living tasks when being acquired with a full-body worn inertial sensing suit consisting of 17 inertial measurement units. The purpose of the study was to comprehensively capture and quantify physiological and pathological movement characteristics during upper limb non-functional and functional semi-structured activities of daily life in chronic stroke subjects by use of wearable, easy-to-use, sensing technology. By recording different movements, like single-joint movements, gesture movements, and reach-to-grasp and manipulate objects representative for activities of daily life, it was aimed to capture the full content of upper limb functionality in terms of workspace, task complexity, and the degrees of freedoms actively involved. Chapter 3 focusses on the question, how the level upper limb interjoint coordination can be quantified when considering different task contents, the tested arm, and covariates, such as the dominant affected hand, upper limb function, and age. Spatiotemporal kinematic parameters of the shoulder-elbow-trunk complex were investigated in four discrete functional and non-functional movement tasks and related to clinical measures of upper limb interjoint coordination. It has been found that the kinematic parameters were largely influenced by the task, with non-functional movements of the FMA-UE representing different shoulder-elbow relations when compared to functional movements with and without contact to the environment. The results highlight the need to assess ecologically valid movement tasks with varying levels of task complexity.

Chapter 4 focusses on a function-based analysis and related outcome measures of upper limb kinematic measures that were captured during a set of 30 arm and hand activities of daily life to quantify movement complexity and the assumption of reduced movement variability and adaptability in subjects after stroke. Movement variability metrics based on functional PCA, such as the reconstruction error of PC’s and the derived dissimilarity index, have found to support the hypothesis of diminished movement complexity in the affected arm when compared to the non-affected arm for all four subjects and in relation to the impairment severity per subject.

A kinematic core-set, based on the results presented in chapter 2 that reflects the main movement domains of spatiotemporal characteristics, efficiency, spatial, speed, and smoothness, was applied on the gesture and grasp movements of set of daily living activities in chapter 5. It was questioned in how far the kinematics were influenced by the factor of movement task and by the impairment level. The results confirmed task-related differences between gesture and grasp movements with larger shoulder joint motions and higher peak velocity in gestures besides larger trunk, forearm, and wrist motions and a higher number of velocity peaks in grasp movements. The impairment level had significant effects on trunk displacement, shoulder flexion, movement time and the number of velocity peaks. The other question tackled in chapter 5 was whether primitives of reaching distally and proximally showed consistent kinematic characteristics across movement tasks. During reach to grasp distally, comparable contributions of trunk and shoulder movements with consistently strong relations between shoulder, elbow joint motions and peak velocity were shown. In reach to gesture proximally or distally, comparable temporal expressions were found with consistent associations between movement time and the number of velocity peaks.

The question of the effects of arm load and target position on upper limb kinematics from the trunk to the finger digits during functional reach-to-grasp movements has been answered in chapter 6. A distributed inertial sensing system that captures movements from the trunk to the first three fingertips including fingertip force sensing, that was developed within the European project SoftPro, has been applied in a pilot usability study on ten chronic stroke subjects to assess functional upper limb movement performance during reach-to-grasp and displacement tasks. It was investigated whether displacement, target height and object weight have an effect on trunk compensation and shoulder, elbow, wrist, and finger flexion/extension. Strong effects on all metrics were found for the tested arm and target height, while an increased object weight showed effects on trunk compensation. Correlations between metrics resulted in significant negative correlations between trunk compensation and elbow flexion-extension in the affected arm indicating pathological movement coupling. In the less-affected arm, correlations between wrist and finger flexion/extension were found that could be explained by the physiological synergy of wrist extension and finger flexion during grasping. The findings support the clinical usability of sensor-based motion analysis.

By addressing the five research questions, it was aimed to support quality and standardization of kinematic measurements to assess movement quality of the upper limb. By answering the first question, an overview on assessment protocols, systems and measures has been provided in chapter 2. Based on this overview, recommendations for improving assessment standards were stated including suggestable metrics that showed available evidence of their validity, reliability, measurement error, and, or responsiveness. Kinematic outcomes reflecting upper limb interjoint coordination were investigated in functional and non-functional tasks revealing task-related differences in spatial and spatiotemporal parameters (chapter 3). In chapter 4, it has been proven in a subsample of four stroke subjects that interjoint coordination after stroke is associated with diminished movement complexity by use of mathematical dimensionality reduction methods. Considering qualitative motion analysis of daily life activities, spatiotemporal kinematics revealed task-specific differences in spatial, speed, and smoothness metrics (chapter 5). Additionally, consistent patterns of expressions and relations between spatiotemporal parameters were found during the movement sub phases of reach to grasp distally and proximal across different activities. Finally, kinematic and kinetic measures extended from the trunk to the first three digits have shown to be useful for qualitative motion analysis and for detecting effects of the object weight a target position on trunk compensation and flexion/extension ranges in the shoulder, elbow, wrist, and fingers during reach-to-grasp (chapter 6).

This thesis addresses assessment opportunities of upper limb movement quality after stroke with prospects of wearable technologies, by considering the state of the art in upper limb kinematic assessments and performing experimental investigations on inertial sensing systems for quantification stroke-related of upper limb kinematics. Spatiotemporal measures, such as joint range of motions, peak velocity and smoothness measures were suggested for characterization of movement quality adding information to standard clinical scales. Inertial sensing is a reasonable robust and easy-to-use method to apply qualitative movement analysis in different settings and task-constraints, hence improve the understanding of pathomechanisms of stroke-related upper limb impairments and the assessment opportunities in clinical practice of stroke rehabilitation. It could be demonstrated that a set-up of five inertial measurement units (IMUs), or eight IMUs with the fingers included, enables the qualitative analysis of spatial and temporal movement characteristics in the upper limb of stroke subjects.

Future work should be extended on automatic movement segmentation based on detection of motion primitives as the smallest scale building block of movements to allow overarching comparison of upper limb movements, as well as on improved fingertip force sensing in reach-to-grasp and manipulation movements to sensitively capture interactions with the environment. Once established, these measures could be further included by use of a minimized sensor-set in training solutions and allow sustainable and independent exercising.

Due to the COVID-19 crisis the PhD defence of Anne Schwarz will take place online (until further notice).