Due to the COVID-19 crisis measures the PhD defence of Nikolai Kabanov will take place online without the presence of an audience.

Nikolai Kabanov is a PhD student in the research group Physics of Interfaces and Nanamaterials. His supervisor is prof.dr.ir. H.J.W. Zandvliet from the faculty of Science and Technology. 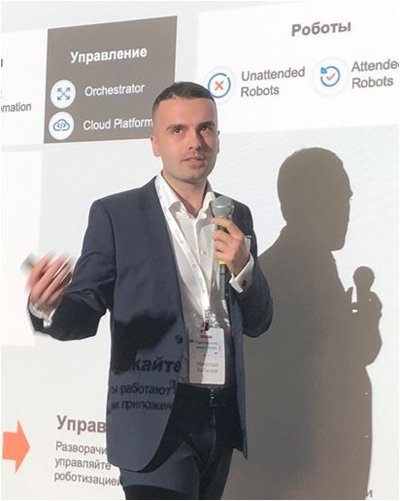 This thesis deals with a combined experimental and theoretical study of various low-dimensional systems on surfaces. The main experimental technique that we have used in this thesis is scanning tunneling microscopy. Scanning tunneling microscopy not only allows to image surfaces with atomic resolution, but it also encompasses several spectroscopic modes that provide detailed information on the electronic band structure. The results obtained in our experiments are compared with state-of-the-art density functional theory calculations.

The thesis can be divided in two parts: the first part deals with one-dimensional systems. The systems that we have studied are self-organizing iridium and gold atom chains on germanium surfaces. In the second part of the thesis we focus our attention on two-dimensional systems. The first two-dimensional system we investigated is the decanethiol self-assembled monolayer on gold (111) system. Rather than focusing on the pristine decanethiol self-assembled monolayer we have devoted most of our attention to a novel phase that occurs after prolonged exposure to ambient conditions. The other two-dimensional system we have investigated is germanene, i.e. the germanium analogue of graphene. Germanene shares many properties with its carbon counterpart, including a semi-metallic character. Owing to the fact that graphene and germanene are gapless it is impossible to use these materials for any field-effect based applications, such as for instance a transistor. Fortunately, germanene possesses a property that allows the opening of a bandgap. In contrast to the planar structure of graphene, the honeycomb lattice of germanene is buckled. This buckling is instrumental in the modification of the band structure of germanene as the broken symmetry allows to shift charge from one hexagonal sub-lattice to the other hexagonal sub-lattice. Charge can shifted from one sub-lattice to the other by (1) the application of an external electric field, (2) coupling one side of the two-dimensional material to a substrate or (3) via the adsorption of molecules at one side of the material. The charge shift results in the opening of band gap. In this thesis we show that a substantial band gap in germanene can be opened by hydrogenation. The hydrogenated germanene, usually referred to as germanene, exhibit a bandgap of about 0.5 eV, which is sufficient for field-effect applications.

A brief introduction to the thesis can be found in Chapter 1. In Chapter 2 we provide the interested reader with relevant background information on scanning probe microscopy techniques and the substrates that we used in our experimental studies. Chapter 3 gives information on the density functional theory calculations.

In Chapter 4 the atomic structure of self-organizing iridium nanowires on a germanium (001) surface is investigated with variable temperature scanning tunneling microscopy and density functional theory calculations. The iridium nanowires have a width of two atoms, are straight, defect-free and are aligned in a direction perpendicular to the substrate dimer rows of the germanium (001) surface. Based on our density functional theory calculations we arrive at the conclusion that the deposited iridium atoms do not stay on the germanium surface, but dive into the germanium substrate and push up the neighboring germanium substrate atoms.  The means that the nanowires do not consist of iridium atoms, as previously assumed, but of germanium atoms. We also found that the substrate dimers in the vicinity of the nanowires are very dynamic, even at temperatures as low as 77 K. Time-resolved scanning tunneling microscopy measurements reveal that this dynamic is caused by buckled germanium dimers that flip back and forth between their two buckled degenerate configurations.

In Chapter 5 we present our results dealing with the formation of gold nanowires on germanium (100) surfaces. The pristine germanium (110) surface is composed of germanium pentagons, which are arranged in relatively large (16 x2) and c(8 x10) unit cells. The deposition of sub-monolayer amounts of gold and mild annealing results into de-reconstructed germanium (110) regions that are completely free of germanium pentagons and regions composed of nanowires that are aligned along the high symmetry [1-10] direction of the germanium (110) surface. A substantial fraction of these substrate rows are straight and resemble the atom rows of the unreconstructed, i.e. bulk terminated, germanium (110) surface, whereas the other substrate rows have a zig-zag appearance. These meandering atom rows are comprised of two types of atoms, one type that appears dim, whereas the other type appears bright in filled-state scanning tunneling microscopy images. Using density functional theory calculations, we have considered more than 20 different models for the meandering atom rows. The density functional theory calculations reveal that it is energetically favorable for the deposited gold atoms to exchange position with germanium atoms in the first layer. Based on these findings we conclude that the bright atoms are germanium atoms, whereas the dim atoms are gold atoms.

Finally, in Chapter 7 we have studied the bandgap opening in germanene via the hydrogenation of germanene that was synthesized on Ge2Pt crystals. The germanene honeycomb lattice is buckled and consists of two hexagonal sub-lattices that are slightly displaced with respect to each other. The hydrogen atoms adsorb exclusively on the germanium atoms of upward buckled hexagonal sub-lattice. At an hydrogen exposure of about 100 Langmuir the (1x1) buckled honeycomb structure of germanene converts to a (2x2) structure. Scanning tunneling spectra recorded on this (2x2) structure reveal the opening of a band gap of about 0.2 eV. A fully (half) hydrogenated germanene surface is obtained after an exposure of about 9000 Langmuir of atomic hydrogen. The hydrogenated germanene, also referred to as germanane, has a sizeable band gap of about 0.5 eV and is slightly n-type.

Due to the COVID-19 crisis measures the PhD defence of Nikolai Kabanov will take place online without the presence of an audience.