Charge transfer at the interface between complex oxide thin films

Due to the COVID-19 crisis measures the PhD defence of Jaap Geessinck will take place (partly) online in the presence of an invited audience.

Jaap Geessinck is a PhD student in the research group Inorganic Materials Science (IMS). His supervisors are prof.dr.ing. A.J.H.M. Rijnders and prof.dr.ir. G. Koster from the Faculty of Science and Technology (TNW). 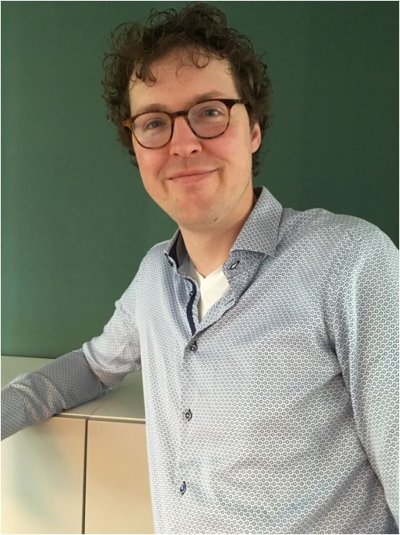 The demand for computational power in electronics is ever rising, resulting in an increasing amount of transistors and other components being used in electronics, which drives a continuous downscaling of electronic components. However, conventional semiconductors are reaching the fundamental limits of downscaling, resulting in a search for alternative materials. In devices based upon conventional semiconductors, the properties originate from the movement of electrons. However, when alternative degrees of freedom can be manipulated, next to electrons, this can lead to increased functionality.  A promising alternative can be found in transition metal oxides, because the combination of orbitals, crystal lattice and spin dictates the properties of these materials.

A proposed solution lies in using the oxygen bands as a reference, because of the continuous oxygen octahedral network across the interface. Charge transfer between two different transition metal oxides predicted by this method is investigated experimentally in this thesis. The interface between LaCoO3 and LaTiO3 was selected, since the combination of these materials is calculated to result in a large potential for charge transfer among the 3-d transition metal oxides. Moreover, LaCoO3 exhibits interesting magnetic properties and is investigated as catalyst. Additionally, LaCoO3 is expected to transition from paramagnetic and insolating to ferromagnetic and conducting upon electron doping (possibly even superconducting).

In computer simulations, perfect materials can be made and combined, whereas this is not always possible in a real system. Therefore, sample layout, fabrication of the samples, and optimization of the deposition conditions have been subjected to careful scrutiny.  A low background pressure is desired during deposition of LaTiO3, whereas a higher background pressure is required for the fabrication of LaCoO3. Therefore, the decision was made to use an intermediate pressure of 2e-3 mbar during the deposition and optimize the other parameters accordingly. Care has been taken to verify the ABO3 perovskite structure, since other phases can result in a different valence. Therefore, the crystal structure has been evaluated using a combination of Scanning Transmission Electron Microscopy, X-ray Diffraction and Reflection High-Energy Electron Diffraction measurements. The adopted fabrication strategy proved to be successful for the various combinations of ultra-thin layers as used in this research.

After establishing the charge transfer towards LaCoO3, the resulting properties were investigated. The ultra-thin LaCoO3 layers are paramagnetic and non-conducting without charge transfer, and remain so with charge transfer, although the additional electrons result in a larger amount of spins that can be polarized. The paramagnetic behavior does indicate that only strain induced by the substrate is not enough to result in ferromagnetic behavior (contrary to what is generally believed). Finally, preliminary measurements were performed regarding the influence of charge transfer on the catalytic performance of LaCoO3.

In conclusion, this thesis indicates that charge transfer takes place at the interface between LaCoO3 and LaTiO3 (as predicted). These results bring us closer to understanding interfaces between transition metal oxides.

Due to the COVID-19 crisis measures the PhD defence of Jaap Geessinck will take place (partly) online in the presence of an invited audience.