Dariush Bijani is a PhD student in the research group Surface Technology and Tribology (OPMTR). His supervisor is prof.dr.ir. D.J. Schipper from the Faculty Engineering Technology. 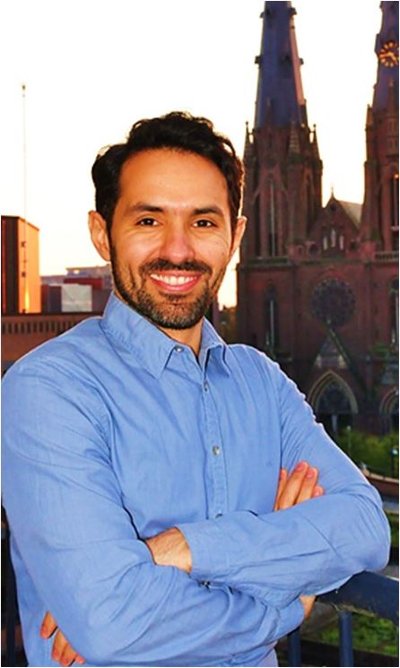 In practice, techniques are initiated to tune friction into the desired level in mechanically interacting surfaces. One of them is lubrication. However, in lubricated parallel sliding contacts without any geometrical features on the surface, no film thickness is generated and the two interacting surfaces will stick to each other and high friction occurs. Another challenge in lubricated contacts is that in industrial applications insufficient lubricant is supplied to contacts which results in a friction increase of the interacting components; this starved lubrication situation can cause significant damage in mechanical systems.

In industrial applications, when the operating conditions are fixed and the contact and lubricant characteristics are also fixed, the most important element to control the friction is the modification of interacting surfaces in contact. Over the past decades, surface engineers developed several methods to modify the physical and mechanical parameters of the surface techniques to have a better control on frictional behaviour. In parallel sliding contacts, by using surface texturing it is possible to create a lubricant film in contact and to trap wear debris, and cavities can act as oil reservoirs. In surface texturing, the geometrical properties of the texturing features can play an important role to minimize the friction in contact; therefore, investigating the influence of these properties is of interest. Another method to reduce friction is modifying the surface to create boundary slip.

In this thesis, the effect of surface texturing and boundary slip on lubricant film formation and friction is studied. The effect of different patterns on film thickness and different texturing properties, e.g. the size, depth and number of cavities and their distance from each other, is investigated numerically. To study the effect of texturing and boundary slip, the Reynolds equation is modified based on boundary conditions of a slippery surface. To consider the effect of cavitation, the Elrod cavitation algorithm is applied and the Reynolds equation is therefore modified.

In order to find the effect of texturing on friction, the mixed lubrication regime is studied. In the case of mixed and boundary lubrication due to the asperity contact, the solid on solid contact needs to be considered. Therefore, a deterministic asperity contact model is employed. By combining this approach with the film thickness algorithm, the coefficient of friction for different lubrication regimes is determined.

Another important element that dominates the frictional behaviour of contacts is the amount of lubricant supplied to the contacts. In this study, the film thickness and friction for starved lubricated contacts are studied as a function of different texturing parameters.

To validate the results from the numerical study, several experimental measurements are performed. The challenge in the experimental study of parallel sliding contacts is making a perfect flat on flat contact, since the existence of even a micro-scale misalignment results in film formation that is not due to surface texturing. Therefore, a setup is designed to modify the tribometer to encounter misalignments. By employing the new setup, several experiments are performed and the results showed a close agreement between the experimental measurements and numerical results.

Dariush Bijani is a PhD student in the research group Surface Technology and Tribology (OPMTR). His supervisor is prof.dr.ir. D.J. Schipper from the Faculty Engineering Technology.