The PhD defence of Wenyu Zhou will take place (partly) online and can be followed by a live stream.

Wenyu Zhou is a PhD student in the research group Inorganic Membranes. Supervisors are prof.dr.ir. W.A. Meulenberg and prof.dr.ir. A. Nijmeijer, co-supervisor is prof.dr. A.J.A. Winnubst, from the Faculty of Science & Technology (S&T). 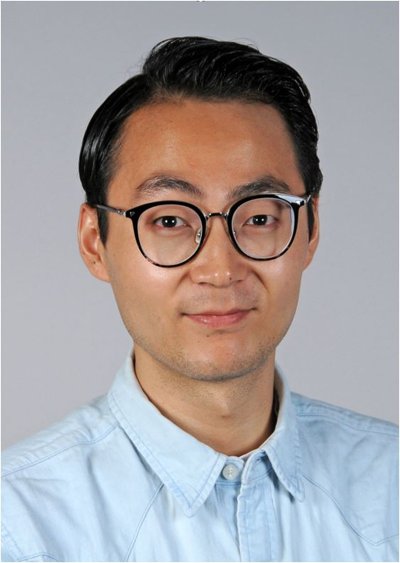 Dual-phase hydrogen permeation membranes, consisting of protonic and electronic conducting phases, shows great potential for high purity hydrogen production due to its high stability in harsh applications. Hydrogen-ion conductive perovskite phases (e.g. BaCe0.65Zr0.2Y0.15O3-δ) and electron conductive fluorite oxides (e.g. Ce0.85Gd0.15O2-δ) are promising candidate for this biphasic hydrogen transport membrane. Mechanical properties (e.g. elastic modulus, hardness, fracture toughness) of the membranes are essential parameters regarding the reliability of subsequent applications. These parameters are closely related to microstructural features such as grain size, phase distribution and defects (e.g. pores and microcracks). However, these relationships are not yet fully understood. Therefore, in this thesis, the effects of grain size, phase distribution, pores and microcracks on mechanical properties are investigated for BaCe0.65Zr0.2Y0.15O3-δ and BaCe0.65Zr0.2Y0.15O3-δ-Ce0.85Gd0.15O2-δ membranes. Material preparation procedures (e.g. milling and sintering) are optimized to overcome the difficulty in material preparation.

Chapter 2 reports on the optimization of BaCe0.65Zr0.2Y0.15O3-δ material processing aiming towards an improved microstructure. With 0.5 wt.% NiO as sintering aid, single-phase BaCe0.65Zr0.2Y0.15O3-δ is obtained after 1500 °C / 5 h sintering, with density higher than 99 % and average grain size ~ 13 µm, without any secondary phase being observed.

The elemental distribution in the sintered large grain size BaCe0.65Zr0.2Y0.15O3-δ material is, for the first time, investigated using different complementary methods. Ni is distributed almost evenly in the material, and only a marginal Ni enrichment at the grain boundaries can be observed due to the imperfect nature of this mismatch region.

The mechanical properties of BaCe0.65Zr0.2Y0.15O3-δ are investigated in Chapter 3 applying different micro and macroscale testing methods. Consistent values of the elastic modulus are determined on a larger range of tested volumes corroborating the validity of the determined values. The hardness values determined using different maximum loads do not show a dependence on the apparent indentation depth, which reflects the high quality and homogeneity of the tested material. The values of ~ 120 GPa for the elastic modulus and ~ 7 GPa for the hardness, respectively, are in a range typical of ceramic materials and comparable to the properties of similar materials used as transport membranes. The microscale intrinsic fracture toughness determined by micropillar splitting yields higher values than the Vickers indentation based analysis, which probes a larger volume of the material. A detailed microstructural analysis clearly reveals the effect of pores and crack deflection. The presence of a pore close to the surface of one of the pillars is likely responsible for the lower apparent fracture toughness value derived in this pillar splitting test. The Vickers indentation based apparent fracture toughness represents a rough estimate due to irregular crack patterns, bifurcation and delamination affecting the derived mesoscale values.

The high temperature compressive creep behavior of BaCe0.65Zr0.2Y0.15O3-δ in different atmospheres is studied in Chapters 4. From 850 °C to 1000 °C, in 4% H2/Ar atmosphere, the stress exponent is ~ 3 and the activation energy ~ 160 kJ/mol, indicating a dislocation creep mechanism. For creep in the temperature range 1100 °C – 1200 °C, in air, the stress exponent is ~ 1 and the activation energy ~ 350 kJ/mol, suggesting a diffusional creep mechanism. At ~1000 °C, a change of the predominant creep mechanism is observed in air. Grain growth and densification during the creep tests can be ruled out on the basis of experimental evidence, which indicates that the observed deformation corresponds solely to the creep behavior. After the creep tests in both atmospheres, gaping grain boundaries are observed near the surfaces, while decomposition is only observed for the specimen that is tested in air. The oxygen partial pressure appears to be responsible for the observed decomposition rather than the temperature, which can be considered to be important for the technical application, since as a material candidate for H2 permeation, BaCe0.65Zr0.2Y0.15O3-δ will not be exposed to oxygen under realistic application conditions.

The observed creep rate of BaCe0.65Zr0.2Y0.15O3-δ in 4% H2/Ar at 850 °C is somewhat higher than the suggested critical compressive creep rate for commercial use of the membrane materials (1% per year). However, since the application temperature (~ 600 – 800 °C) is lower than the tested temperatures, an extrapolation of the creep rate of BaCe0.65Zr0.2Y0.15O3-δ to the application temperature can be made, which results in a creep rate close to the envisaged 1% per year. Therefore, for the design of reliable membrane components, the thermomechanical stability and in particular the creep behavior need to be considered.

Chapter 5 reports the material preparation and mechanical properties of BaCe0.65Zr0.2Y0.15O3-δ-Ce0.85Gd0.15O2-δ obtained using different indentation-based methods on a large range of tested volumes. The elastic modulus does not depend on the applied load and is determined to be ~ 170 GPa. The hardness decreases with increasing applied load, from ~ 9 GPa at loads lower than 200 mN to ~ 7 GPa at loads higher than 1 N, which might be due to the formation of radial/median cracks at higher loads.

The microscale intrinsic fracture toughness has been determined by micropillar splitting. Slice-by-slice FIB milling of tested pillars and a detailed microstructural investigation confirms that the two kinks in the load-depth curve indicate the partial split of the pillar and the splitting of the whole pillar, respectively. Thus, the fracture toughness of ~ 1.1 MPa·m0.5 represents the dual-phase BaCe0.65Zr0.2Y0.15O3-δ-Ce0.85Gd0.15O2-δ intrinsic fracture toughness. Significant toughening associated effects due to crack deflections to avoid Ce0.85Gd0.15O2-δ are observed.

The apparent fracture toughness is also estimated via the Vickers indentation based method. While it represents only a rough estimate, it can still be used as a means for comparison, in particular when evaluating similar types of material. Both methods confirm that the introduction of Ce0.85Gd0.15O2-δ indeed significantly toughens the material, which can be a guide for further materials and component design.

In the end, Chapter 6 reveals the overall conclusions and gives prospects for future research. It is concluded that the BaCe0.65Zr0.2Y0.15O3-δ membranes with high density and large grain size can be obtained using optimized powder preparation procedure and sintering profile. After introduction of Ce0.85Gd0.15O2-δ, the dual phase membranes with a constituent of 50 vol.% BaCe0.65Zr0.2Y0.15O3-δ-50 vol.% Ce0.85Gd0.15O2-δ is obtained with individual phases’ being connected. This dual phase membranes show significantly improved elastic and plastic responses and fracture resistance compared with BaCe0.65Zr0.2Y0.15O3-δ membranes. Further improvements in mechanical resistance might be realized by multi-layer component structure. In addition, it appears necessary to study the mechanical stability of the membrane after a long period of operation.

The PhD defence of Wenyu Zhou will take place (partly) online and can be followed by a live stream.