Turn on the light - Diffusio-osmosis induced by photocatalytic reactions

The PhD defence of Nicole Timmerhuis will take place (partly) online and can be followed by a live stream.

Nicole Timmerhuis is a PhD student in the research group Soft matter, Fluidics and Interfaces. Supervisor is prof.dr.ir. R.G.H. Lammertink from the Faculty of Science & Technology (S&T). 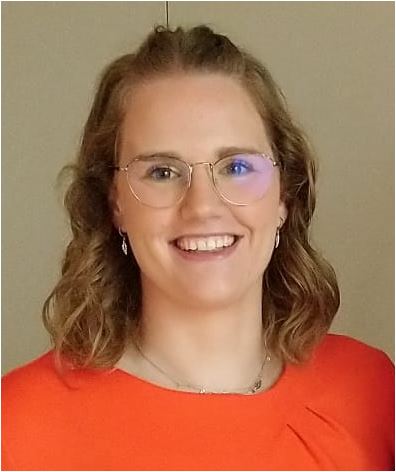 Catalysis is widely used in industry, where 90% of the industrial processes uses at least one catalyst in the system. Heterogeneous catalysts are most commonly used (80%) compared to homogeneous catalysts (15%) and biocatalysts (5%). A heterogeneous catalyst is a solid surface with active sites to accelerate a reaction without changing the thermodynamic equilibrium, and the reactant is in gas or liquid phase. The reactant is transported to the surface and active site to be able to convert to products. If the reaction is really fast compared to the mass transport towards the surface, then a boundary layer is formed. This boundary layer limits the effectiveness of the catalyst, as the concentration of reactant vanishes near the surface and conversion mainly depends on the diffusivity of the reactant.

A heterogeneous catalysis process suitable to study diffusio-osmosis involves the oxidation of organic compounds over titanium dioxide. Titanium dioxide is a photocatalyst, meaning that the catalytic properties are activated by light. This process can be used in wastewater treatment systems to remove organic micropollutants from water. An elaboration on this process and a general introduction of diffusio-osmosis are given in Chapter 1.

The magnitude of the diffusio-osmotic velocity depends on the concentration gradient and the interaction between the solute and surface. The concentration gradient is created in-situ by the surface reaction. In Chapter 2, a microfluidic reactor is utilized to study reaction kinetics with well defined mass transport such that both factors can be studied independently. Microfluidic devices usually have laminar flow that dictates the mass transport, which is easily described in a two-dimensional model for the convective and diffusive transport. In this chapter, the micropollutant Bisphenol A is oxidized over titanium dioxide as a function of the light intensity. Guidelines were set to determine if a wall-coated catalytic microfluidic reactor operates in a mass transfer limited regime or reaction rate limited regime. These guidelines are applied to selected examples from literature.

The same wall-coated catalytic microreactor is used in Chapter 3 to study the photocatalytic oxidation of methylene blue, several carboxylic acids and formate salts. The methylene blue oxidation showed the importance of catalytic reactor design, as the conversion was low compared to another reactor design with the same catalyst layer fabrication. Formic acid and oxalic acid both oxidized fast, with full conversion within two minutes of residence time. Acetic acid was oxidized very slowly, probably because one intermediate is methanol, which is known as a hole scavenger, inhibiting the reaction. The reaction rate of formate was also inhibited by the cations potassium, sodium, and lithium. The influence of inlet oxygen concentration was studied on the oxidation of formic acid, where a higher oxygen concentration resulted in a higher conversion for the longer residence times or larger conversions. Overall, in this chapter, reaction kinetics are measured of organic compounds of interest for the diffusio-osmotic flow, and the influence of oxygen is studied.

The diffusio-osmotic flow induced by a photocatalytic reaction at the surface is studied in Chapter 5. The reaction kinetics measured in Chapter 2 and 3 are used to determine the concentration gradient. The surface ζ-potential of titanium dioxide was measured under reactive and nonreactive conditions, resulting in a potential between 40 and -70 mV for pH 3 to 10. A numerical study showed how diffusio-osmosis can enhance mass transfer especially when the flow is directed from noncatalytic to catalytic surface. The numerical study was also used to determine the diffusio-osmotic velocity for methylene blue, formic acid, acetic acid, oxalic acid, potassium formate, sodium formate, and lithium formate. For all compounds, the numerical and experimental study concluded that the reaction rate was too slow and the interaction between solute and wall too weak in order to create a surface flow which would be higher than the diffusive rate of the solutes. Thus the diffusio-osmotic flow created by the studied solutes was unable to enhance mass transfer at the surface significantly.

In Chapter 6, a numerical study is performed to study the influence of byproducts on the diffusio-osmotic flow. The reaction rate was set at 10 times the diffusive rate in the two studied reaction. The first reaction was sodium formate to sodium bicarbonate over titanium dioxide, where the diffusio-osmotic flow was governed by the electro-osmotic contribution. An fast decay of the velocity is observed after the start of the reaction due to the opposing concentration gradients of formate and bicarbonate. The second reaction was oxalic acid to carbon dioxide, which is an pH dependent system. Carbon dioxide remained in neutral form as the pH stayed below 4, so there was no opposing gradient of the byproduct compared to the first reaction. The diffusio-osmotic velocity was well described by the low potential approximation over the whole potential range studied, where both the electro-osmotic and chemiosmotic contribution were of influence on the total velocity.

Conclusions were drawn over the whole thesis in Chapter 7, and the whole project is reflected on. The reflection includes two projects, controlled periodic illumination and diffusio-osmosis of neutral compounds. The controlled periodic illumination was based on the idea to create a concentration gradient relaxation in the microreactor by pulsating the light. This was studied for a range of photon fluxes and periods (time on and off) however, the conversion measured experimentally never exceeded the conversion achieved for continuous illumination with the same overall photon flux. Secondly, the diffusio-osmotic velocity of glycerol and Bisphenol A were determined with the same approach as in Chapter 5. The velocities achieved were in the nm/s range, so surface velocity was always much lower compared to the diffusive rates of the solutes.

The PhD defence of Nicole Timmerhuis will take place (partly) online and can be followed by a live stream.