The PhD defence of Sabine Koenders will take place (partly) online and can be followed by a live stream.
Live stream

Sabine Koenders is a PhD student in the research group Robotics and Mechatronics. Supervisor is prof.dr.ir. C.H. Slump from the Faculty of Electrical Engineering, Mathematics and Computer Science. Co-supervisors are dr. J.D. van Dijk and dr. J.A. van Dalen from Isala. 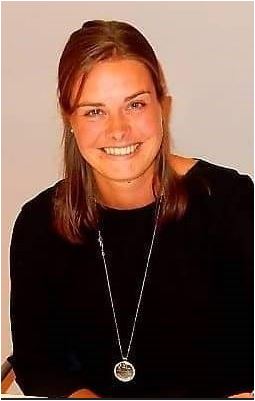 Myocardial perfusion imaging (MPI) using positron emission tomography (PET) has a high diagnostic value in the detection of obstructive coronary artery disease (oCAD) and is growing in its use. The addition of myocardial blood flow (MBF) and myocardial flow reserve (MFR) measurements to the visual assessment of PET images is making its way into clinical routine. MBF and MFR provide valuable additional diagnostic and prognostic information about the extent and functional importance of possible stenosis to visual assessment of PET images.

To be able to quantify the MBF and MFR, a rest and pharmacological-induced stress scan are acquired and all data over time (dynamic) are needed. In the process of data acquisition, image reconstruction, post-processing and interpretation of quantitative myocardial PET, there are several pitfalls that can result in unreliable blood flow quantification. In order for MBF and MFR quantification to achieve its full clinical potential, the technical aspects of MBF and MFR quantification must be well understood and standardized so that reliable MBF and MFR values can be routinely produced.

The aim of this thesis was to study and optimize technical aspects to obtain reliable MBF and MFR values with Rubidium-82 (Rb-82) PET MPI. Furthermore, we studied the clinical value of MFR in clinical practice. This thesis is therefore divided into two parts.

Chapter 2 of this thesis contains an editorial to a study conducted by Hoff et al. In our opinion their study, which compared the effect of different administered activities (1110 MBq versus either 740 MBq or 370 MBq) on relative MPI images and on MBF and MFR values, has extended the current knowledge on the (technical) pitfalls in MBF and MFR quantification using PET and contributes to the integration of flow quantification in clinical practice. There are different types of PET scanners available for MBF quantification with Rb-82 PET. Recent developments in PET technology include PET systems using silicon photomultipliers (SiPM)-based PET with digital readout instead of photomultiplier tubes (PMT)-based PET. In Chapter 3 we determined the value of SiPM-based PET MPI as compared to a PMT-based PET scanner. We showed that defect interpretation, interpreter’s confidence and blood flow measurements were comparable between both systems. However, SiPM-based PET provided an improved image quality in comparison to PMT-based PET. In Chapter 4 we determined the effect of different temporal sampling protocols on MBF and MFR quantification. A temporal sampling protocol is used to reconstruct the dynamic images which are used in a kinetic model for MBF and MFR quantification. We found that MFR seemed to be a more suitable parameter as MFR did not differ for any of the temporal sampling protocols as compared to a reference protocol. In Chapter 5 we determined the effect of correcting for a certain kind of patient motion, called myocardial creep, on MBF and MFR values. This so-called myocardial creep is presumably caused by an increasing depth of respiration and lung volume induced by regadenoson which causes the repositioning of the diaphragm and heart. We showed that myocardial creep is a frequent phenomenon as it was observed in 52% of our patients during the stress scan. We found that especially the MBF value in the right coronary artery territory was affected as the mean MBF decreased from 4.0 to 2.7 mL/min/g after correction for myocardial creep. Therefore, detection and correction of myocardial creep is necessary to provide reliable flow measurements. In Chapter 6 we provided instructions on how to detect and correct for myocardial creep.

In clinical practice, visual assessment of Rb-82 PET MPI is usually combined with global MFR values to detect oCAD. However, small regional blood flow deficits then may remain unnoticed. In Chapter 7 we compared the diagnostic value of regional MFR to global MFR in the detection of oCAD. We showed that regional MFR resulted in an improved detection of oCAD as compared to global MFR independent of the visual assessment. It is yet unclear how to combine visual assessment of Rb-82 PET data with quantitative myocardial flow values in situations where conclusions on the presence of oCAD are contradictory. Hence, in Chapter 8 we estimated the probability of oCAD for an individual patient as function of the MFR value in patients with a visually normal scan as well as in patients with a visually abnormal scan. We found that based on visual Rb-82 PET interpretation only, patients with >10% probability of oCAD can be distinguished from patients with <10% probability. However, there is a strong dependency of MFR on patient’s individual probability of oCAD: these probabilities may range from <1% to >70%. Hence, combining both visual interpretation and MFR results in a better individual risk-assessment which may impact treatment strategy. In clinical practice, cardiologists combine the imaging data, clinical data and type of complaints to estimate a post-test likelihood and, if needed, determine a specific treatment strategy. Artificial intelligence can help to improve interpretation of all combined data and thereby diagnosis of patients with oCAD. In Chapter 9 we aimed to develop and validate a machine learning (ML)-based model to diagnose oCAD. The ML model resulted in a similar diagnostic performance as compared to expert readers, and may be deployed as a risk stratification tool. This study showed that utilization of ML is promising in the diagnosis of oCAD.

Sabine Koenders is a PhD student in the research group Robotics and Mechatronics. Supervisor is prof.dr.ir. C.H. Slump from the Faculty of Electrical Engineering, Mathematics and Computer Science. Co-supervisors are dr. J.D. van Dijk and dr. J.A. van Dalen from Isala.