The PhD defence of Eliane Nieuwenhuis will take place (partly) online and can be followed by a live stream.

Eliane Nieuwenhuis is a PhD student in the research group Magnetic Detection and Imaging (MDI). Supervisor is prof.dr.ir. B. ten Haken and co-supervisor is dr.ir. L. Alic both from the Faculty of Science & Technology (S&T). 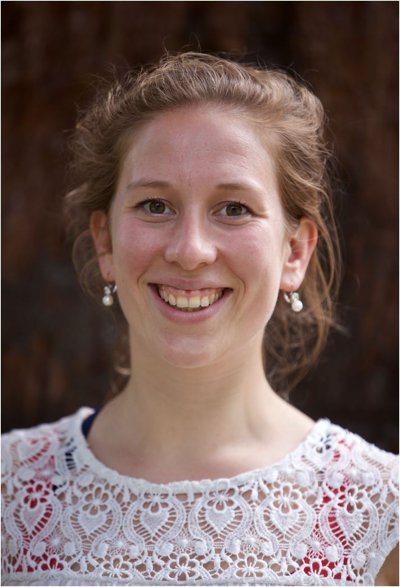 This thesis aims to contribute to knowledge with respect to the possibilities of a magnetic sentinel node biopsy (SLNB) procedure in the head and neck region. The SLNB procedure can be used to determine if a cancer has spread to the regional lymph nodes (LNs) when physical and radiological examination did not reveal metastases. This is of importance since the presence of metastases determine the patient's prognosis and treatment plan. The current gold standard SLNB procedure uses a radioisotope as tracer for identification of the SLN(s) on preoperative imaging and intraoperative detection with a gamma probe. The tracer is injected around the tumor so that it can follow its path through the lymphatics to the SLN(s) and accumulate there for subsequent identification. The accuracy of this procedure in oral squamous cell carcinoma (OSCC) is high. However, in patients with a tumor in the floor of mouth, a type of the OSCC, this accuracy is lower. This is explained by the close proximity of the injection site and the SLN. Thus, the injection site can overshadow the SLN (the so-called "shine-through" phenomenon), making it difficult to correctly identify the SLN. Therefore, alternatives are being investigated and the magnetic approach is one of them.

A complete magnetic SLNB procedure, from imaging to histopathological examination, has not been previously investigated in patients with OSCC. Currently, a CE-certified magnetic handheld probe (Sentimag, Endomagnetics, ltd., UK) in combination with a magnetic tracer (Magtrace®, Endomagnetics ltd., UK) is on the clinically available. This magnetic handheld probe measures only linear magnetic responses. The displayed signal that should indicate whether there is an SLN, with tracer uptake, in the vicinity can be affected by this. Also, non-magnetic surgical instruments should be used during detection. An alternative to this magnetic handheld probe was developed by the "Magnetic Detection & Imaging group" of the University of Twente. The detection technique is based on differential magnetometry (DiffMag). It has advantages over the Sentimag® because DiffMag handheld probe can also measure the nonlinear magnetic response of the super paramagnetic iron oxide nanoparticles (SPIONs) contained in the magnetic tracer. However, the first DiffMag handheld probe prototype was not yet safe to be use in clinical investigation.

In Chapter 2 different preoperative imaging techniques to identify the SLN in patients with OSCC are reviewed based on available literature. For the identification of SLNs on MRI, studies are limited and two tracers were described: a paramagnetic gadolinium [Gd3+]-based contrast agent and the use of SPIONs. The [Gd3+]contrast agent allows accurate identification of SLNs and the visualization of lymphatic vessels. This is beneficial in distinguishing the SLN from higher echelon LNs. However, due to rapid lymphatic transport and limited accumulation of the tracer in the SLN, SLNs may be missed. Intraoperative detection of this tracer is not possible at present and the tracer is not yet available for clinical use. SPIONs, on the other hand, are clinically available and can be identified both on the preoperative MRI and intraoperatively with the Sentimag®. The lymphatic vessels were less visible on MRI with SPIONs, which makes distinguishing the SLN(s) from higher echelon LNs more difficult.

Chapter 3 demonstrates that a complete magnetic SLNB procedure is feasible in the head and neck region in patients with OSCC. A total of 10 patients were included and total volumes of 0.4 mL to 0.8 mL magnetic tracer [28 mg iron/mL], Sienna+® (Endomagnetics, ltd., UK) were injected. MRI was used to identify the SLN(s) before surgery and after surgery for evaluation of any magnetic tracer residue. The SLNs were detected during surgery using SentiMag®. Following the SLNB procedure, an elective neck dissection was performed. Histopathological examination showed metastases in three patients. These were demonstrated only in the LNs removed as SLN and not in the neck dissection specimen. The SentiMag® probe needed to be balanced regularly. This was necessary in case of signal loss or when the probetip was brought inside the body through an incision in the neck to detect an SLN.

To better understand the drainage process of the magnetic tracer in the head and neck area and its effects on MRI and in the pathological assessment of SLNs, a grading scale is proposed in Chapter 4. No significant difference was shown between the iron content accumulated in the SLNs (81 µg vs. 86 µg iron) after the injected tracer volumes of 0.8 mL or 0.4 mL respectively. This argues in favor of using 0.4 mL undiluted Sienna+® for further investigation. It should be noted that Sienna+® has now been replaced by Magtrace®. The MRI images showed more LNs with SPION uptake compared to the number of LNs detected by the Sentimag®. However, it does appear that the SLNs detected with the probe were mostly highly graded on MRI. However, one-to-one comparison proved difficult. In pathological grading, the presence of iron in the SLN was assessed in the medullary and cortical sinus of the SLN. A correlation was demonstrated between medullary grading and the calculated iron content in the SLN.

Chapter 6 describes the steps that were necessary to make the DiffMag handheld probe prototype safe for clinical investigation. Through various analyses, adjustments to the prototype, preparation of complete documentation, and the safety- and user tests performed, the current prototype is now ready for clinical investigation. Guidance for researchers engaged in the development of a medical device is provided.

In conclusion, this thesis contributes positively to the knowledge of a magnetic SLNB procedure applied to patients with OSCC. Feasibility of a complete magnetic SLNB procedure is shown using the Sentimag® and magnetic tracer (Sienna+®, now Magtrace®). Additional information regarding the drainage of the magnetic tracer and how this is reflected on MRI and histopathology images was obtained, recommending further investigation with 0.4 mL of tracer. This aims to reduce the possible iron residue and excessive iron visible on MRI. The phantom study performed confirmed that the magnetic handheld probes have a higher resolving power than the gamma probe. However, the detection depth of the magnetic probes is limited. Therefore, it is expected that the magnetic probe can distinguish the SLN that is close to the injection site better than the gamma probe. The magnetic SLNB is most likely to be applied at sites where the SLN is located superficially, such as in the floor of the mouth. When the SLN(s) are located more deeply, additional preoperative MRI should be provided to give direction during the SLNB procedure. The added value of the DiffMag handheld probe over Sentimag® is expected primarily in the ease of use and potential time savings of the procedure by eliminating the need for a frequent balancing procedure. The DiffMag handheld probe prototype has been modified and tested so that it can be safely examined in a clinical trial. Hopefully the magnetic approach will lead to an improved accuracy of the SLNB procedure in floor of mouth cancer patients in particular.

The PhD defence of Eliane Nieuwenhuis will take place (partly) online and can be followed by a live stream.